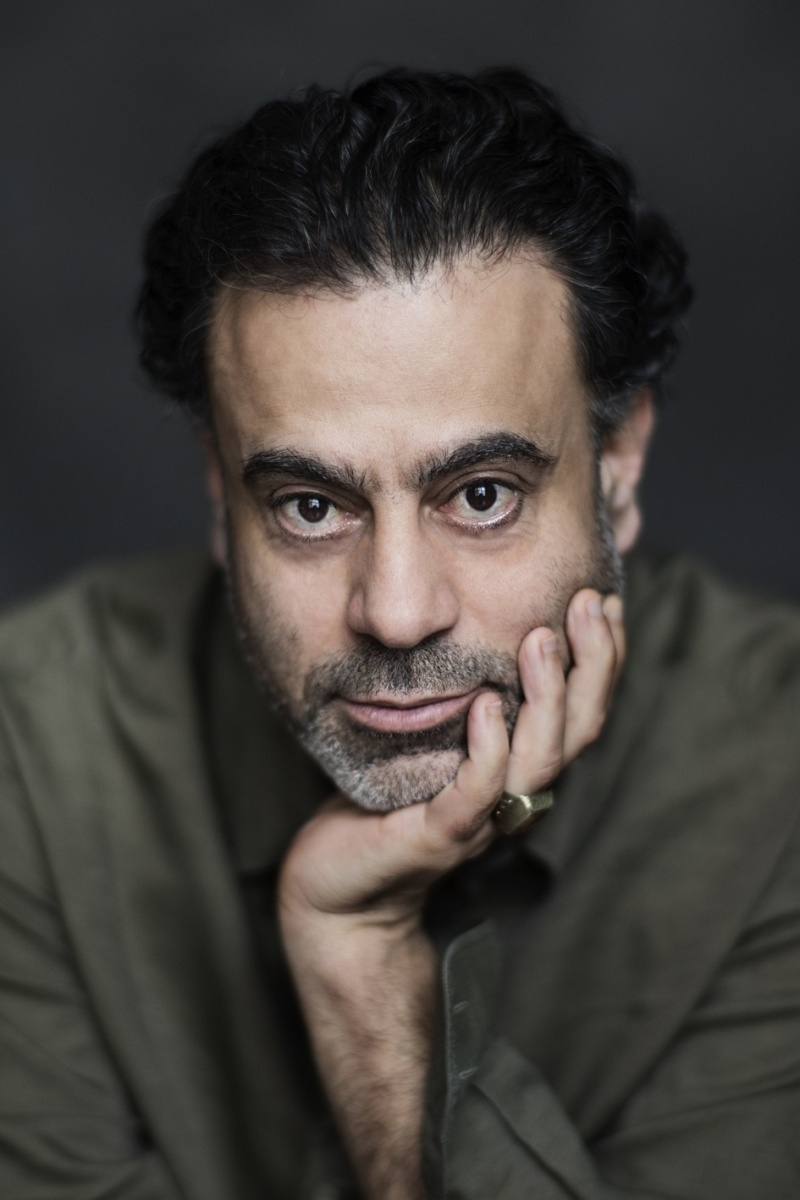 A much anticipated work by composer Samir Odeh-Tamimi received its world premiere at the Festival d'Aix-en-Provence 2021.

Samir Odeh-Tamimi has developed a distinctive musical language, which draws upon his intense involvement with both western avantgarde music and Arabic musical performance practice. Born in Jaljulia near Tel-Aviv and inspired by both European classical music and the aesthetics of New Music, the composer came to Germany at the age of 22 to study musicology and composition. While engaging with compositional role models such as Giacinto Scelsi and Iannis Xenakis, he also found himself coming to terms with the musical culture of his home country.

Samir Odeh-Tamimi’s works are regularly performed at renowned festivals and concert halls throughout Europe, and he has received commissions from Deutschlandfunk, Saarländischer Rundfunk, Donaueschinger Musiktagen, the European Center for the Arts Hellerau, WDR and Bayerischer Rundfunk / musica viva. In 2010, his music theatre piece Leila und Madschnun had its world premiere at the Ruhrtriennale in Bochum. As part of the project into Istanbul, initiated by the Ensemble Modern and the Siemens Arts Program in cooperation with the Goethe-Institut, he composed a piece for Ensemble Modern in 2008 inspired by his stay in the Turkish metropolis. In recent years, Samir Odeh-Tamimi has also worked in close collaboration with the Boulanger Trio and the Neue Vocalsolisten Sttugart. The singers have since travelled to the composer’s birthplace, his parents’ home near Tel Aviv, to discover his musical roots in preparation for a new work to be premiered at Stuttgart’s ECLAT Festival.

His oratorio Hinter der Mauer (Behind the Wall) was commissioned by the RIAS Kammerchor to mark the 20th anniversary of German reunification. Following its world premiere in Berlin it was then performed in Jerusalem and Dresden. SWR’s anniversary concert on the 500th anniversary of the Reformation saw the world premiere of Gidim, a work for orchestra and electronics that deals with Sumerian death rituals. In October 2018, the Stuttgart Chamber Orchestra premiered the viola concerto Šamaš, named after the sun god of Babylonian mythology, and in 2020, SWR commissioned the work TIMNA, for choir, percussion, flute, viola, violoncello and double bass, named after an ancient capital in Yemen. In 2016, the Klarafestival in Brussels commissioned a new work as part of Pierre Audi’s staged version of Bach's St. John Passion. The intermezzo L'Apocalypse Arabe I, performed in between the two parts of the passion, is based on texts by the Lebanese poet Etel Adnan and was also performed in 2017 at the Muziekgebouw Amsterdam and in 2018 at Opera Rouen. Samir Odeh-Tamimi is currently developed the piece into a full-length music theatre work, which will have its world premiere in July 2021 at the Festival d'Aix-en-Provence.

Other highlights of the 2020/21 season include the work VROS for four voices pand elec-tronics, based on an expressive fantasy language and premiered at the ECLAT Festival; a collective music theatre project presented by the Munich Biennale in April 2021; and a commissioned work for the 200th anniversary of the Konzerthaus Berlin. Inspired by the tragedy of Sophocles as well as the writings of André Gide and Heiner Müller, the music theatre piece Philoktet is being developed for the Neue Vocalsolisten and the Zafraan Ensemble.

In cooperation with the RBB and Kairos, the Berlin-based Zafraan Ensemble recently released a highly praised portrait CD of chamber music works by the composer. Further recordings of his works have been produced by WERGO, among others. Samir Odeh-Tamimi has been a member of the Akademie der Künste in Berlin since 2016 and in that same year was awarded a German Music Author’s Prize by GEMA.

"Fragments and symbolic profusion characterise the total musical event "Once To Be Realized". (...) Samir Odeh-Tamimi's interludes, set in various places, thematise metamorphoses of Christou's texts across the thresholds of word and breath to self-creative music."

"All this is simple, even simplistic to the point of obsession, but in its relentlessness it actually unfolds archaic force. As speech here repeatedly turns into singing, as the "Witness" rises at the climax to a great lament, singing in Musiktheater appears not as a mere convention of genre, but as the only possible expression of the human in the greatest need."

“In his intermezzo 'And you Must Suffer', a setting of the poem 'L’apocalyse arabe' by the Lebanese painter and writer Etel Adnan, Samir Odeh-Tamimi displays deep imagination and a sense of complexity. Here, an important Arabian voice is making himself heard in Europe.”

Opernwelt, Shirley Apthorp, May 2017 (on the Opera Forward Festival Amsterdam)

“Also strong was 'Jarich (Mondgott)', in which the Palestinian Samir Odeh-Tamimi remembered the suffering of his family, victims of the Israeli-Palestinian conflict. Here, three dramatically articulated female voices were recorded onto tape, and transformed in a nightmarish fashion. To this were added decontextualized aural snapshots of Palestine: ritual songs, Sufi music, gongs and drums. This work created a sonic maelstrom.”

“In their works 'Cihangir' and 'üg' for ensemble and electronics, composed in 2008 as part of the Siemens Arts Program project 'into Istanbul', Samir Odeh-Tamimi and Marc Andre listened directly to the city on the Bosphorus. Odeh-Tamimi portrays a modern metropolis; Andre paints a perhaps clichéd yet nevertheless alluring picture of an oriental city. Both convey the sense that there is no reason to fear the 'other'. Such ambassadors would be invaluable to states and nations.”

“The world premiere of Samir Odeh-Tamimi’s 'Oh Leute, rettet mich vor Got' was a sensational aural experience. In this work, the Palestinian-Israeli composer refers to the medieval Islamic mystic Mansur Al-Hallaj, combining his religious texts with two poems by the Syrian lyric poet Adonis, born in the 1930s, which describe the alienation of man from their origins through destruction and technological rationality. Language and words here lie at the centre of existence. Odeh-Tamimi’s piece is appropriately eloquent, with spinning vocal figures that stammer, become ecstatic, solidify and then break apart again. Sudden tempo changes shift the work between meditative chant and roaring at breakneck speeds. The audience in the Südkirche was overwhelmed.” 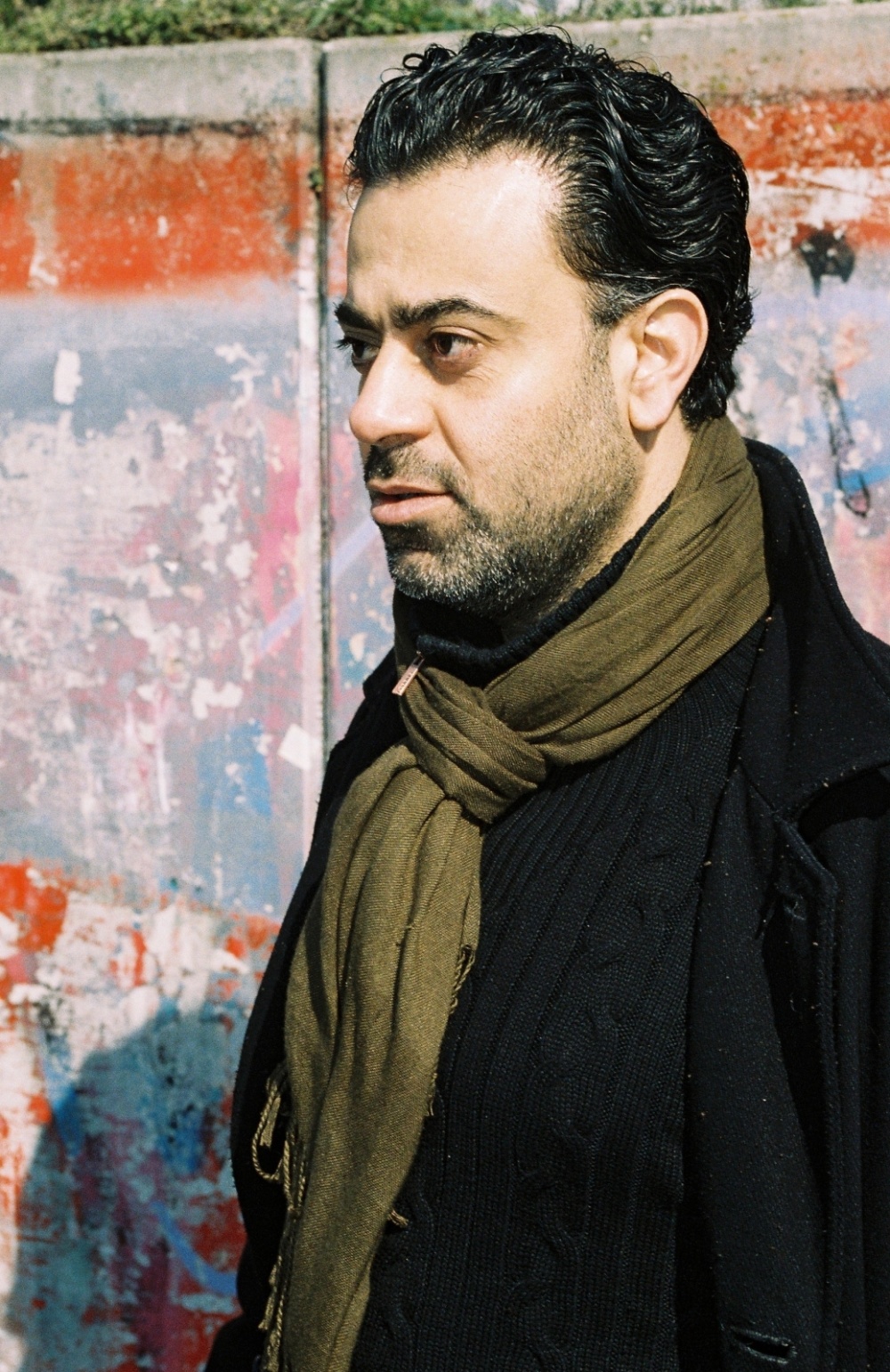 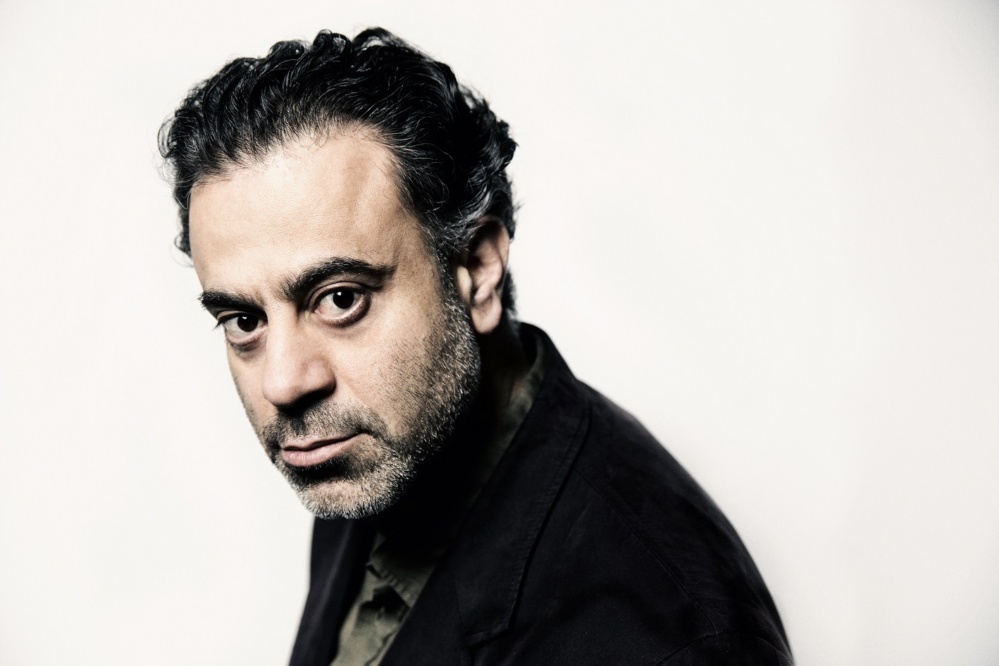 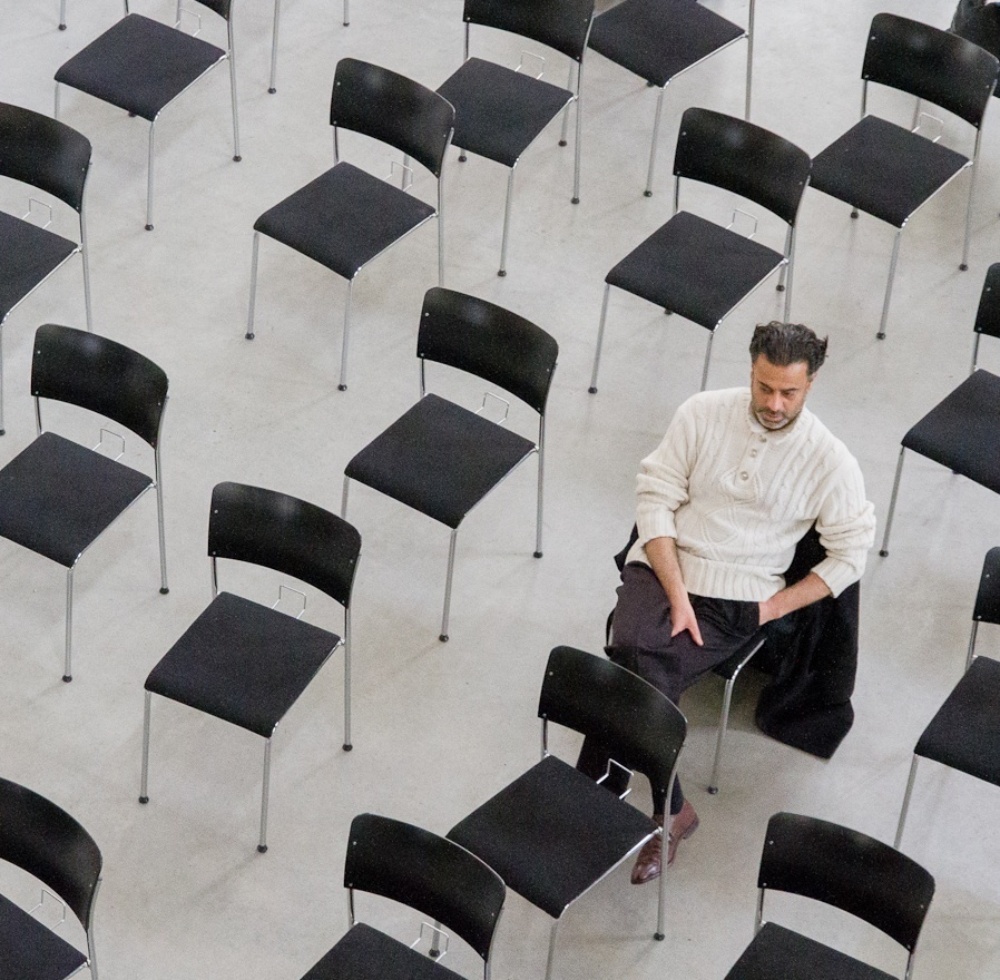 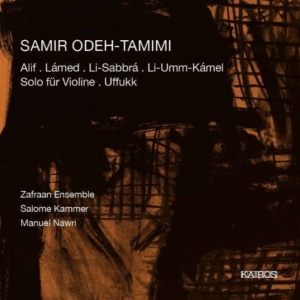 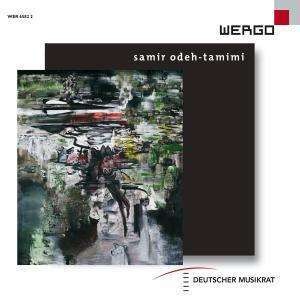