Lin Liao (…) presented a poised, focused presence at the podium, ramrod straight, without a baton, coaxing a wide range of colors, musical shapes, and feelings from the orchestra. Bachtrack, March 2021

The German-based Taiwanese conductor Lin Liao is characterised by a broad repertoire ranging from classical to modern, a great openness to new art forms, and diverse experience with cross-disciplinary programmes and projects.

In 2022, she performed with the Bamberg Symphony Orchestra, the WDR Symphony Orchestra, the Mozerteum Orchestra, the Ensemble Modern and the Ensemble Contrechamps among others. Highlight of season 21/22 was her concert on the occasion of Philippe Manoury's 70th birthday in June 2023, when she performed his monumental spatial sound composition Ring with the Orchestre de Paris at the Philharmonie de Paris. The seasons before have also been rich in highlights, despite the pandemic. Lin Liao has conducted concerts and productions with the Ensemble intercontemporain, Ensemble Modern, Ensemble Ascolta, the Mozarteumorchester Salzburg, WDR Sinfonieorchester as well as with the Festivalorchester of the Schleswig-Holstein Musik Festival. In addition, she conceived and developed a multimedia realisation of Karlheinz Stockhausen's Tierkreis with members of the WDR Symphony Orchestra.

As a conductor of contemporary music, Lin Liao works regularly with the most important European ensembles. She has a special relationship with the Lucerne Festival Academy, conducting them in performances of Karlheinz Stockhausen's Gruppen (2007) and Inori (2018), among others. On the 70th anniversary of the premiere of Pierre Boulez's Polyphonie X, Lin Liao conducted the first revival of the work, which Boulez withdrew after its premiere, in Lucerne at the invitation of Wolfgang Rihm. She is also a regular guest at renowned festivals such as the Ultraschall Festival Berlin, ManiFeste and Présences in Paris, Musica in Strasbourg, and the Klangspuren in Schwaz.

In the field of symphonic music, Lin Liao has conducted the Rotterdam Philharmonic Orchestra, the ORF Radio Symphony Orchestra Vienna, the Beethoven Orchestra Bonn, the Orquestra Metropolitana de Lisboa, the National Taiwan Symphony Orchestra and the Taipei Symphony Orchestra. She is also regularly involved in education projects at the Gewandhaus zu Leipzig, among others.

She developed her versatile musical theatre repertoire most recently as 1st Kapellmeister at the Schleswig-Holstein Landestheater and previously in engagements in Chemnitz and Wittenberg and as a guest at the Deutsche Oper am Rhein, the Vienna Operntheater and the Krefeld/Mönchengladbach Theatre. Among others, she conducted Tiefland, Hansel and Gretel, Die Entführung aus dem Serail, Madame Butterfly, La Cenerentola, La Traviata, Don Carlos, and Die Fledermaus. In 2008 Lin Liao conducted the world premiere of Chang-Fa Yiu's opera The Peach Blossom Fan in Taipei, featuring a vocal and instrumental ensemble from the Beijing Opera and a Western symphony orchestra. In 2013, she premiered the chamber opera Out at S.E.A., a collaborative composition by six young composers, in Budapest, with further performances in Milan, Paris, Brussels and Krakow.

Lin Liao has been realising her passion for promoting young talent since 2021 through her teaching at the Hochschule für Musik und Theater "Felix Mendelssohn Bartholdy" Leipzig. Previously, she directed the Weiwuying Academy within the Contemporary Music Platform at the new National Kaohsiung Center for the Arts Taiwan, which aims to promote talented Taiwanese musicians in the field of contemporary music.

Lin Liao studied composition and piano at the Taipei National University of the Arts and subsequently completed her conducting studies at the University of Music and Performing Arts in Vienna with distinction. She received further artistic inspiration from master classes with Bernhard Haitink and Leif Segerstam, among others. Pierre Boulez and Peter Eötvös recognised the young conductor's qualities early on and entrusted Lin Liao with conducting Stockhausen's groups at the Lucerne Festival in 2007. Since then, she has enjoyed an intensive collaboration with Peter Eötvös, who invited her to several engagements including the Holland Festival in 2009, where she assisted him in the performance of the complete works of Edgar Varèse and led rehearsals with the Rotterdam Philharmonic Orchestra and the Ensemble Asko|Schönberg.

“Under the direction of conductor Lin Liao, [the musicians] find a style that is both precise and always flexible, which manages both to develop Manoury's great work and to refocus it in its liveliest moments.”

“Lin Liao, a student of Péter Eötvös and well versed conductor of contemporary repertoire, leads the orchestra with candour and flexibility, in perfect symbiosis with Ircam electronics skilfully conceived and balanced by Carlo Laurenzi and Robin Meier.”

"The way Lin Liao coordinates and balances the instrumental ensembles is a masterstroke. The members of the Orchestre de Paris (...) give Manoury's Ring an unprecedented splendour, marked by radiant sonorities and tireless commitment."

"The Ensemble Modern performed all of these pieces with dazzling animation, under the direction of the Taiwanese conductor Lin Liao, who has an overview of the structural whole. Throughout, the works were formally concise and captivating for their inner consistency."

"Lin Liao (…) presented a poised, focused presence at the podium, ramrod straight, without a baton, coaxing a wide range of colors, musical shapes, and feelings from the orchestra."

"The formidable, international twelve-piece ensemble of Lucerne Festival Alumni under the sovereign direction of Lin Liao, a native of Taiwan who lives in Germany, set the standard of interpretation here that made this atmospherically dense composition shine with characteristic instrumental colours." 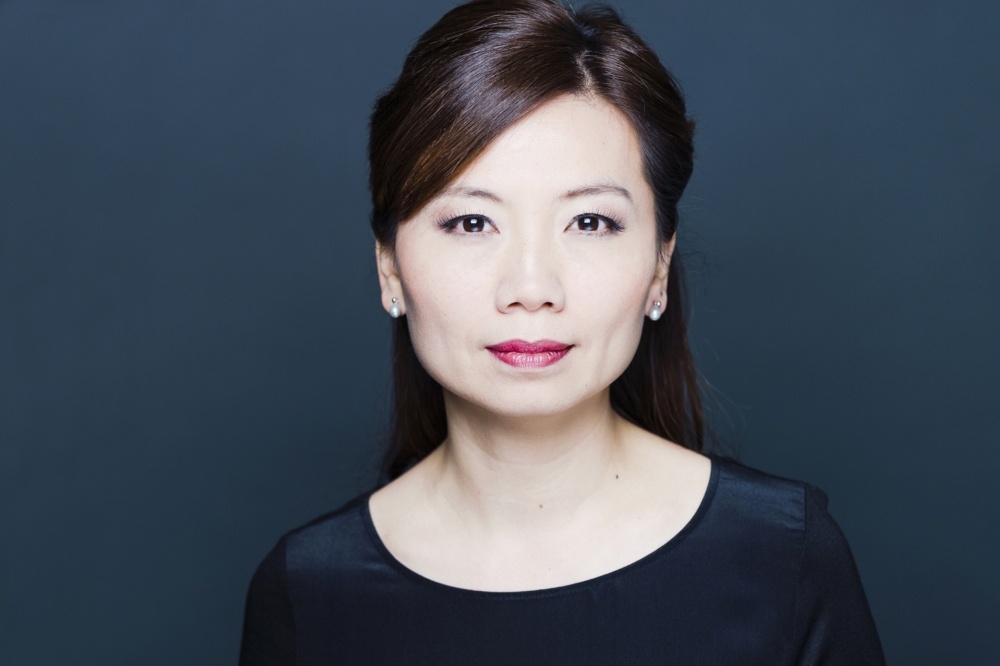 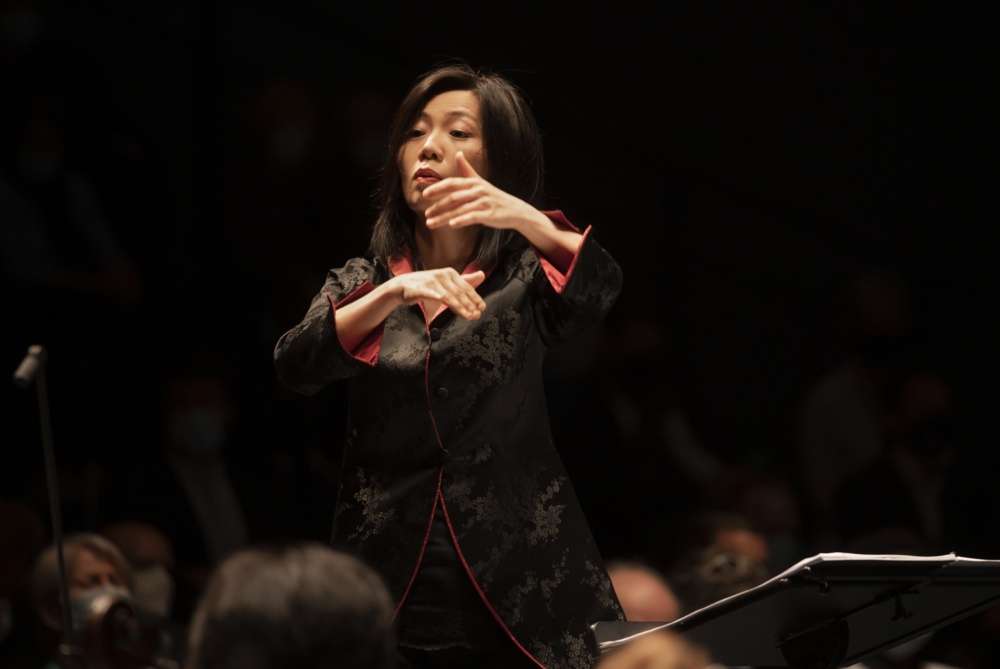 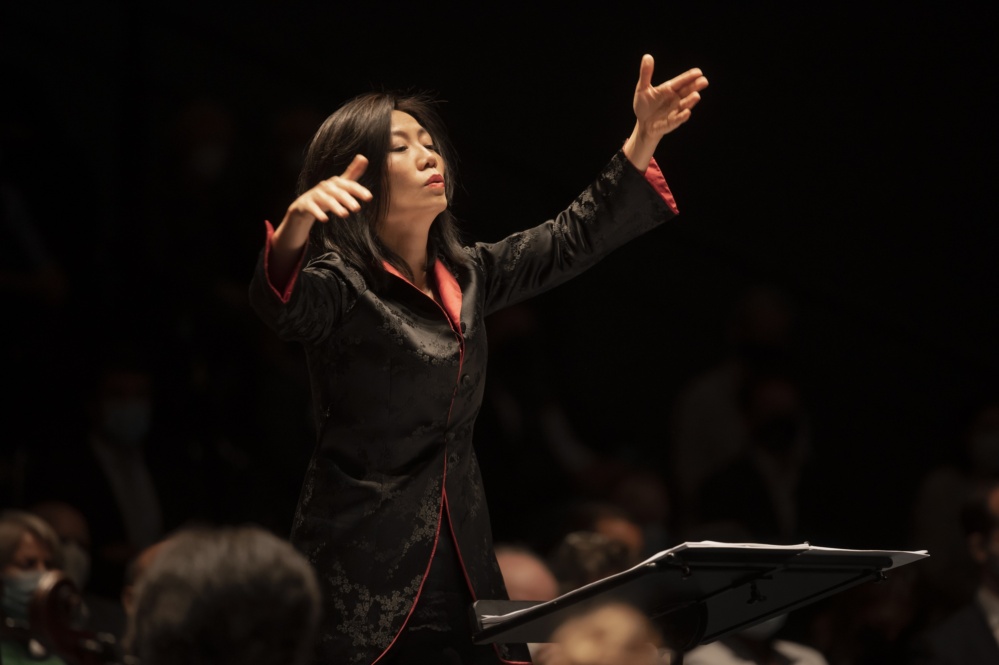 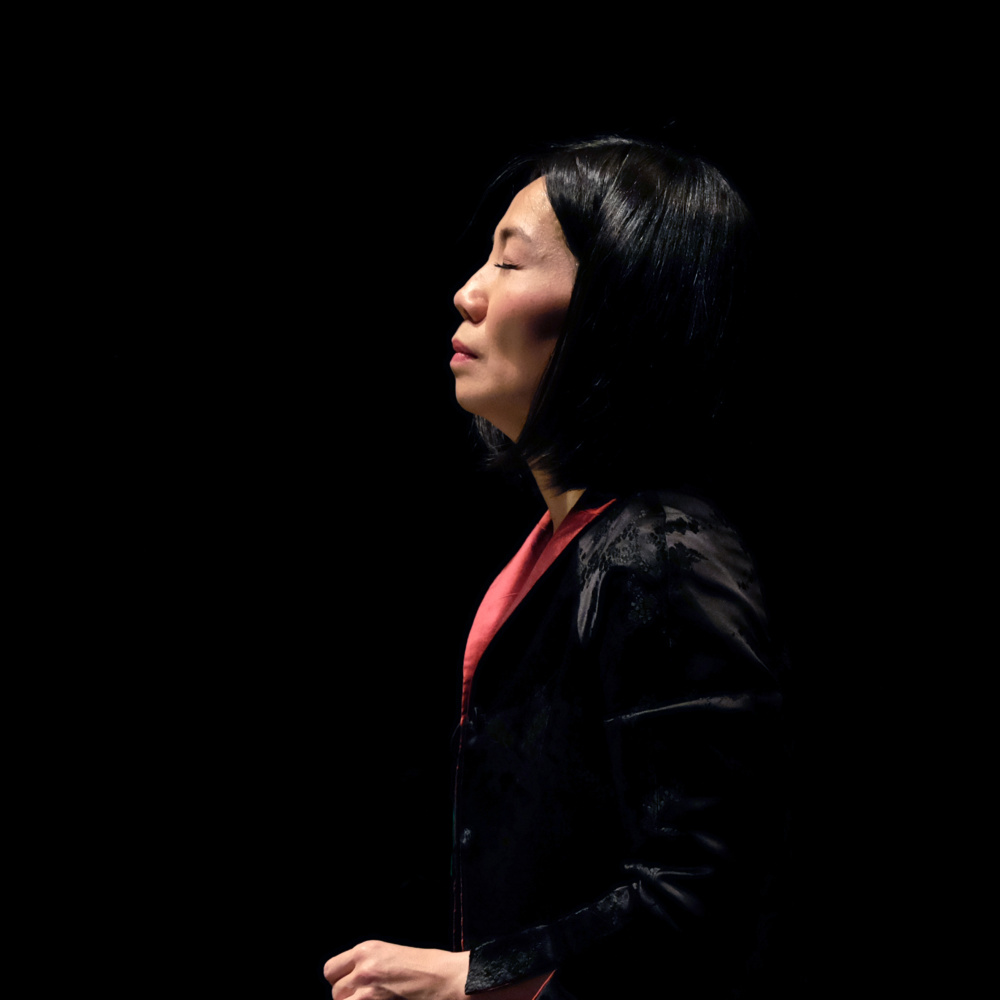 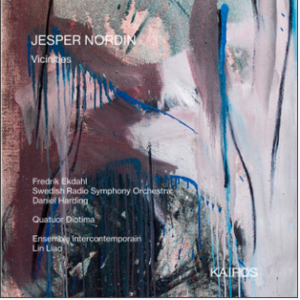