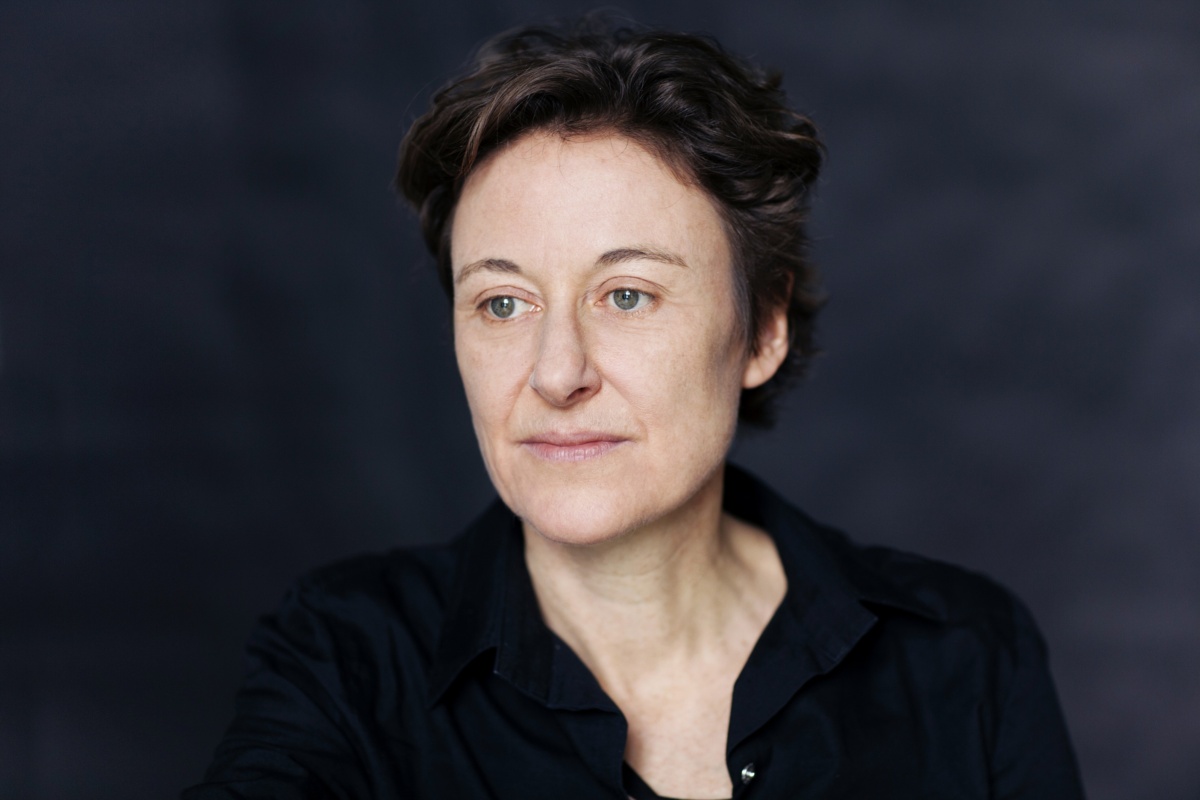 Isabel Mundry's work is characterized by a unique sonic language that investigates the relationships between time, space, and perception in rich, multi-faceted ways. In doing so, she creates new pathways and different realities in her compositions, which are explored through the timbre, harmony, and rhythms of her nuanced music.

Born in Hessen in 1963 and raised in Berlin, Isabel Mundry honed her composition skills under Frank Michael Beyer, Gösta Neuwirth, and Hans Zender, among others. This training was complemented by studies in musicology, art history, and philosophy, as well as a course in computer science and composition at the Paris IRCAM. After gaining attention in the 90s for her chamber music compositions and ensemble and orchestral works, her first music theater work was a resounding success: in 2005, the premiere of Ein Atemzug - die Odyssee at the Deutsche Oper Berlin (Reinhild Hoffmann, staging; musical direction, Peter Rundel), was named best premiered work of the year by the magazine Opernwelt. In the work, the composer deals with layers of remembering and forgetting. Isabel Mundry’s interest in fusing musical structure to spatial presentation continued with Nicht Ich – über das Marionettentheater, a concert staged and conceived with the dancer and choreographer Jörg Weinöhl; it premiered in 2011 at the Kleistfestival in Thun in a performance by the Ensemble Recherche and the Vokalensemble Zürich and was subsequently shown in Zurich, Basel, Lyon, Dusseldorf, and Salzburg.

Isabel Mundry's numerous works for solo instruments and orchestras include Nocturno, first performed in 2006 by the Chicago Symphony Orchestra under Daniel Barenboim and later interpreted by the Staatskapelle Berlin and Dresden, the RSO Vienna and the Hamburg Philharmonic. Her piano concerto Ich und Du, which premiered at the Donaueschinger Musiktage 2008 with the SWR Symphony Orchestra under Pierre Boulez, later expanded into Non-Places, a piano concerto. For the 2013 Happy New Ears Prize award ceremony the work was premiered by the Symphonieorchester des Bayerischen Rundfunks under Emilio Pomarico and subsequently awarded the German Music Authors' Prize by GEMA.

Among the world premieres of recent years are works of various genres with diverse sources of inspiration: in Vogelperspektiven for ensemble (world premiere 2016, Symphonieorchester des Bayerischen Rundfunks), inspired by poems by Thomas Kling, Isabel Mundry gives life to the changing perspectives of the human and animal worlds. Zu Fall, premiered by Tonhalle Orchester Zürich 2016, investigates the relationship between activity and passivity and features onstage as a shadow play a chaotically oscillating pendulum, which conducts the conductor as it pendulates. In Sounds, Archeologies, premiered in 2018 by Trio Catch as part of the Berlin Ultrasound Festival, she questions the proximity and distance of historical objects and cultural identities. And in the a-cappella choral piece Mouhanad, based on an interview with a Syrian refugee and premiered in Donaueschingen by the SWR Vocal Ensemble in 2018, cultural resonances and new acoustic neighborhoods are examined.

In February 2020, Noli me tangere, her new work for percussion solo and ensemble, was premiered simultaneously at the final concert of the Festival Présences with Ensemble intercontemporain and in Cologne with Ensemble Musikfabrik. Further performances of the work followed in September 2020 in Zurich and Lausanne by the Collegium Novum. Last season, Isabel Mundry devoted herself to a viola concerto for soloist Nils Mönkemeyer, a work commissioned by Suntory Hall Tokyo and Bayerischer Rundfunk, which will be premiered in Tokyo in August 2022. Commissioned by the Schwetzingen SWR Festival, she worked with librettist Händl Klaus on the musiktheatre work Im Dickicht. The premiere has been postponed until May 2023 due to Corona. The highlight of the 2021/22 season will be her residency at the Mozartfest Würzburg, where she will write a new work for two pianos, percussion, and strings, interpreted by the GrauSchumacher Piano Duo and Ensemble Resonanz. In addition to composition workshops, she will also give lectures and curate various concert formats and programmes as part of the Mozartfest.

Isabel Mundry's numerous awards and honours include the Kranichstein Music Prize in 1996, a 2001 Ernst von Siemens Music Foundation sponsorship award, and the 2011 Heidelberg Artists' Prize. In 2007/08 she was the Staatskapelle Dresden’s first Capell-Compositeur, composer-in-residence. Isabel Mundry is a member of the Academy of the Arts in Berlin and Munich as well as the Academy of Sciences and Literature in Mainz. Since 1998 she has often been a lecturer at the Darmstadt Summer Courses. After holding a professorship at the Frankfurt University of Music and Performing Arts from 1996, she has been a professor of composition at the Zurich University of the Arts since 2004 and, since 2011, a professor at the University of Music and Performing Arts Munich.

"The closing concert of Présences and the world premiere of Isabel Mundry's Noli me tangere [...], also performed by the world-class Parisian ensemble, were musically profoundly well-differentiated, multi-layered, and "touching" in the truest sense of the word."

"The quality of music is also marked by the fact that something lingers even after it has passed. A stirring evening."