Philippe Manoury turns 70 in June, and he has been celebrating musically all year with numerous concerts. On May 7, the Paris Percussion Group will premiere his new work Silex.

Before the premiere of the first part of his large spacial orchestra triptych, Philippe Manoury talked about his musical career, his first contact with electronic music and his handling of the large orchestral apparatus.

Philippe Manoury is regarded as one of the most important French composers, in addition to being a researcher and forerunner in the field of live electronics. Despite an in-depth training as a pianist and composer – he was taught by Max Deutsch (a student of Schoenberg's), Gérard Condé, Michel Philippot, and Ivan Malec, among others – he considers himself to be self-taught. “The composition must be born from an inner longing, and requires no preconditions.” Accordingly, he began his first compositional experiments on his own in parallel to his first lessons in music, and, at the age of 19, his works were already being performed at major festivals for new music. His breakthrough culminated with the premiere of his piano piece Cryptophonos in 1974, interpreted by Claude Helffer.

Following two years of teaching at Brazilian universities, his compositional interest in mathematical models brought Philippe Manoury to the Paris Institut de Recherche et Coordination Acoustique/Musique (IRCAM). He worked there from 1981 together with the mathematician Miller Puckette on MAX-MSP, a programming language for interactive live electronics. Between 1987 and 1991, he composed Sonus ex machina, a cycle focusing on the real-time interaction between acoustic instruments and computer-generated sounds – a topic that continues to influence his artistic work and theoretical texts.

Alongside pieces for large orchestras such as Sound and Fury, the violin concerto Synapse (2009), and Echo-Daimónon for piano, electronics, and orchestra (2012), recent years have also seen the premieres of Philippe Manoury’s string quartets (Stringendo and Tensio, both 2010; Melencolia, 2013; Fragmenti, 2016) and instrumental works with electronics (Partita I for viola, 2007; Partita II for violin, 2012; Le temps, mode d’emploi for two pianos, 2014). The moment of interaction characterises his approach – not only in smaller works or compositions featuring electronics, but also with large orchestras: he turns them into a sound laboratory where new interactive possibilities are tested, expanding music theatre as a form.

This increasingly includes the spatial arrangement of musicians in the concert hall, for example in his work In situ, awarded the Orchestral Prize in Donaueschingen in 2013. Inspired by François-Xavier Roth, who conducted the premiere, Philippe Manoury extended the composition into the Köln Trilogie, a large-scale spatial triptych for the Gürzenich Orchestra Cologne. After Ring (2016) and a repeat performance of In situ (2017), the trilogy was completed with LabOratorium for two singers, two actors, vocal ensemble, choir, orchestra and electronics, staged by Nicolas Stemann and premiered in May 2019. The work, which is also an expression of the explicitly political commitment to humanity, folds texts by Ingeborg Bachmann, Hannah Arendt, and Georg Trakl into current events and was performed to wide acclaim in Cologne as well as at the Hamburg Elbphilharmonie and Paris Philharmonic. The composer had previously collaborated with director Nicolas Stemann on the music theatre project Kein Licht, based on Elfriede Jelinek’s text of the same name, which premiered at the RuhrTriennale 2017 with subsequent performances in Strasbourg, Paris, Zagreb, and Luxembourg.

Despite the pandemic, a number of new works were also performed in the past two seasons. At the George Enescu Festival 2019, for example, the GrauSchumacher Piano Duo and the Moldova Philharmonic Orchestra Iasi under Brad Lubman gave the Romanian premiere of Zones de turbulences for two pianos and orchestra. This was followed by the French premiere of the flute concerto Saccades, which Philippe Manoury had written for Emmanuel Pahud and the Gürzenich Orchestra during his residency as "Composer for Cologne" and which the flutist has now interpreted with the Orchestre Philharmonique de Radio France under Fabien Gabel. The 20/21 season began with the world premiere of a fanfare for brass for the Gürzenich Orchestra Cologne. As part of a focus on Philippe Manoury at the Casa da Música, two concerts were realised with the Remix Ensemble under Peter Rundel; the Passacaille pour Tokyo (piano: Nicolas Hodges) and the B-Partita (violin: Ashot Sargsyan) were performed. This was followed by the world premieres of the Suite Kein Licht at the Philharmonie Luxembourg, written for the Lucilin Ensemble and the mezzo-soprano Christina Daletska, and the concerto for piano and ensemble Mouvements, interpreted by Ancuza Aprodu and the Ensemble Orchestral Contemporain under Bruno Mantovani as part of the Festival Messiaen.

In September 2021, Daniel Barenboim launched Das wohlpräparierte Klavier at the season opening of the Boulez Saal in Berlin. The work for piano and electronics was created in collaboration with the sound designer Gilbert Nouno, who also supervises the live electronics. The world premiere of Argumenta for two percussionists follows in late October at the Offbeat Festival in Copenhagen. In 2022, Philippe Manoury celebrates his 70th birthday, which is celebrated with numerous concerts. Among other events, the Paris Percussion Group will perform a new work for twelve percussionists at the Auditorium de Radio France in May. In addition, the orchestral works États d'alerte and Ring will be heard with the Orchestre National de Radio France under Cristian Măcelaru and the Orchestre de Paris under Lin Liao respectively. A project with the SWR Symphony Orchestra and Teodor Currentzis is also planned for September 2022.

Philippe Manoury has held various teaching and artistic positions, including at Ensemble intercontemporain (1983-1987), Conservatoire de Lyon (1987-1997), Orchestre de Paris (1995-2001), Festival d’Aix-en-Provence (1998-2000), and the Scène nationale d’Orléans (2001-2003). He is professor emeritus of the University of California San Diego where he taught composition from 2004 to 2012. In 2013, he returned to his native France where he was named Professor of Composition at the Académie Supérieure de la Haute École des Arts du Rhin in Strasbourg. His own academy for young composers took place from 2015 to 2018 as part of the Musica Festival in Strasbourg. Following an invitation from the Collège de France, in 2017 he was also a guest lecturer at the “Chaire Annuelle de Création Artistique.”

Philippe Manoury has received numerous awards for his work. In 2014, he was named Officier des Arts et des Lettres by the French Ministry of Culture. Philippe Manoury is a member of the honorary committee of the French-German Fund for Contemporary Music/Impuls Neue Musik. In summer 2015, he was elected as a member of the Berlin Akademie der Künste.

Philippe Manoury’s works are published by Universal/Editions Durand. A collection of texts by and about the composer can be found on his blog at www.philippemanoury.com.

"Philippe Manoury created glistening, dramatic, expressive, tender, brutal sound worlds, in which rumba rhythms and steel drums also appear organically. The recording of the world premiere production leaves a deep impression and has a lasting effect. A ripe achievement by all involved."

"Philippe Manoury is an essential player in today's music. Renewing the codes and languages of music is his motto. He sees his role as a composer as that of an experimenter in the manner of Mozart, Beethoven, Wagner and Schönberg. Manoury integrates the use of electronics into his musical composition. The piano was already in dialogue with a computer system in real time in Pluton and Le temps mode d'emploi. (...) Das wohlpräparierte Klavier, whose title and form, with their mixture of fantasy and rigour, refer to Bach (and his 'well-tempered keyboard'), is a fascinating piece. (...) One is seized by the tragic force of the proposal, surprised by tribal sounds, droplets, bells, claves, the cry of the wind, chords hammered in the distance, a music box in this hazy, fantastic and seductive inharmony."

“Time, A User's Manual is an exhilarating study at once of the endless transformations of sonority and sound mass that technology allows and, more obscurely, of the ways in which any piece of music is time-bounded.”

“[W]hat's really impressive is how well the live electronics interact with pianists Andreas Grau and Götz Schumacher. […] Entrancing sounds apart, it's possible to enjoy the music as a demonstration of the pair’s technical skills: rich, deep chords ringing out to thrilling effect and the faster, percussive passages superbly co-ordinated.”

“In his score [Philippe Manoury] has found a fitting counterpart to Jelinek’s text, which consists of quotes mined from various sources.”

“The musicians refined some of these brief wisps of sound into moments of exceptional beauty, like the glassy chords in a spectralist cloud of the second movement ('Calmo') or the muted soft murmurs of the sixth ('Passaggio').”

Washington Classical Review, Charles T. Downey, 25/03/2017 on the Arditti Quartet’s US premiere performance of Fragmenti, String Quartet No. 4, at the Library of Congress

“Following the death of Pierre Boulez, Philippe Manoury is the figurehead of the French avant-garde. In his 2010 violin concerto 'Synapse', the pioneer of computer music simulated shimmering, condensing feedback loops between the orchestra and the solo part with instrumental subtlety: Hae-Sun Kang steadily intensified the sound with cool and clear elegance.”

“At times the layers of sound roared around, as if the listener were being trampled by the four riders of the apocalypse or in the midst of a hailstorm. At other moments, the electronics chimed, crackled, gurgled, snapped, whispered, dissolved and caressed. A feast for the experiential completist, or even for the merely naive and curious.”

“The writing is sometimes strikingly beautiful, especially in the moments of stasis that are coloured by the decaying electronic sonorities echoing around the hall.”

“The rhythms in Manoury’s 'Zones de turbulences' for two pianos and orchestra bombard the audience with humorous provocation, virtuosic fodder for the brilliant soloists Andreas Grau and Götz Schumacher, but no less so for the intensely present Deutsche Symphonie-Orchester Berlin under the confident baton of Frank Ollu. The orchestra highlights the sound of the pianos with softly woven string layers, it can join itself beyond recognition to the pianos with plucks from the harp and light tinkling tones on the wood block. Just as it seamlessly placed the most exact, dazzling accents in the wind.”

“Behind the sharp particle fire and the subtle electronic sound drizzle that surround his music, a system of underground tunnels reveals itself, overlapping neatly stratified layers of sound. One can recognise here a connoisseur of the methods used by the two Richards, Wagner and Strauss. There is nothing hazy or soft about this music that is permeated by a secret network of polyphonic mazes in which Philippe Manoury, like a jealous Minotaur, divests us of Ariadne’s thread.”

Télérama, Gilles Macassar, 24/09/2014, article on the occasion of the French premiere of In situ at Musica Strasbourg in September 2014

“[…] in 2012 Philippe Manoury wrote very finely chiselled music in his Melencolia (d’après Dürer). Structured by the sound of bells, new and interesting sounds are produced. Suspense is guaranteed – Philippe Manoury retains it, almost casually, over the course of 40 minutes.”

“The French composer Philippe Manoury […] is after substantial musical gestures and direct expression. Although Manoury is fond of large romantic gestures, he went on to find his own singular voice in the realm of chamber music and live electronics. There is a lot going on in 'Le temps, mode d’emploi' (2014) for two pianos and live electronics [...]. Above all, the way the multiple live electronics interact with the two pianists is masterfully programmed; the polyphony of time that is produced is so invigorating that the time just flies by.”

“Manoury, born in 1952, can be placed alongside the likes of Tristan Murail and Pascal Dusapin as one of the most influential French contemporary composers. Concealed behind his 'Zones de turbulences', which received its world premiere by the Musica Viva, is a concerto for two pianos after the classic model. [...] His concerto for two pianos is an ingenious work, so full of secrets that one immediately wants to listen to it again. It references French models in its highly sensitive sound. But its sensuality comes above all from the fact that it is so carefully constructed.” 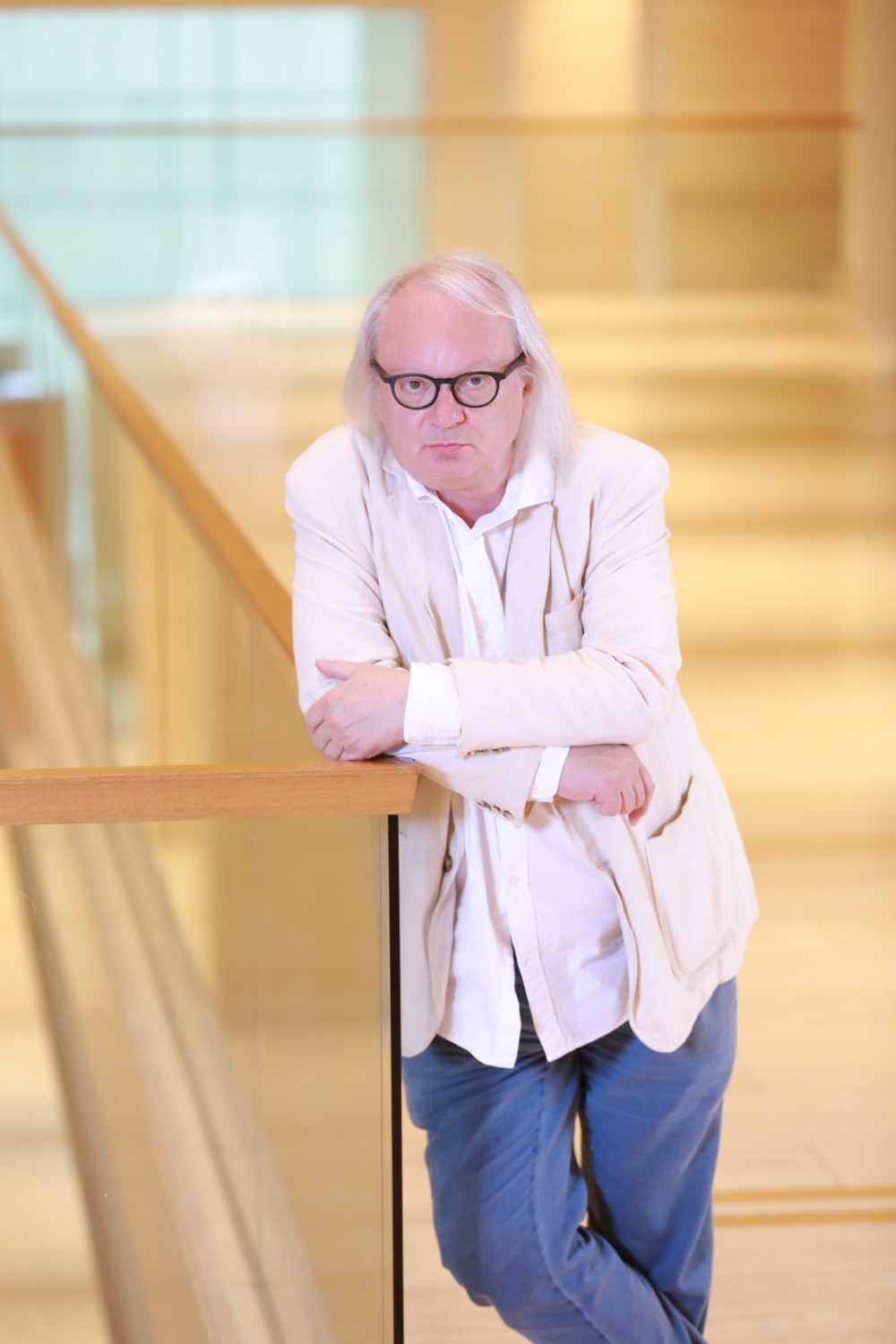 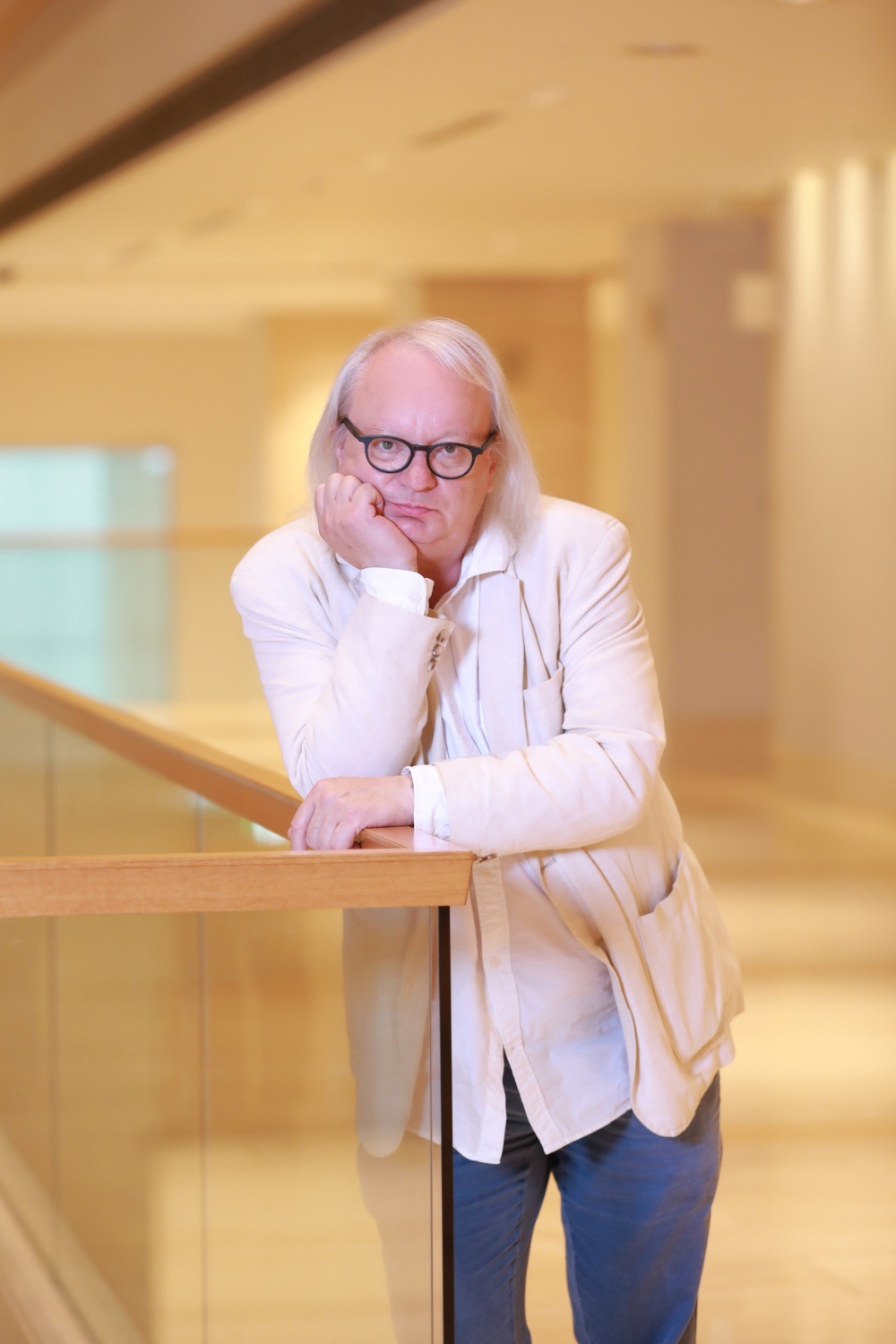 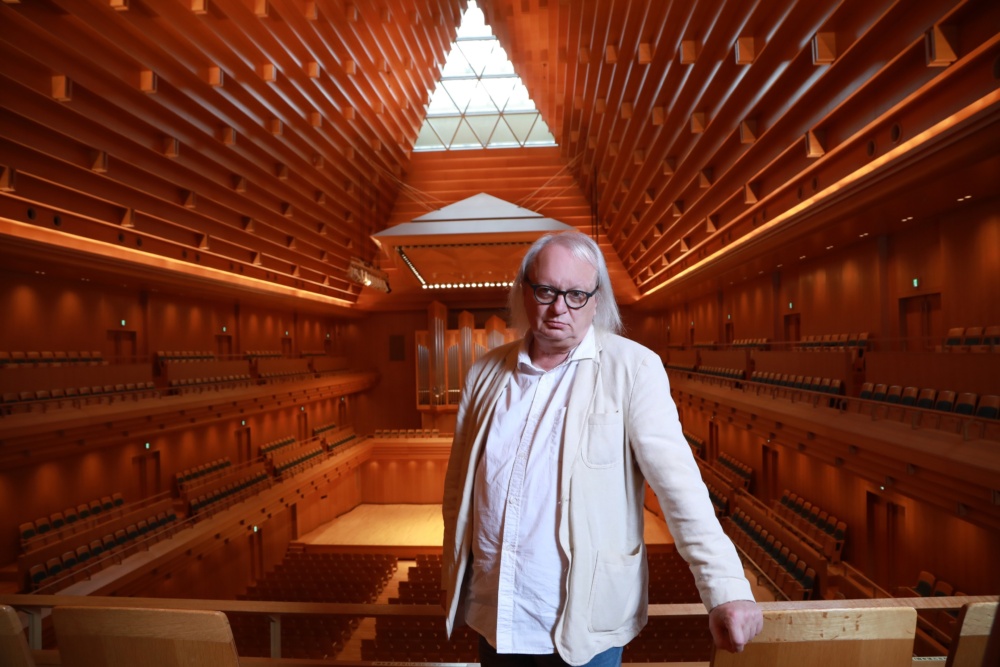 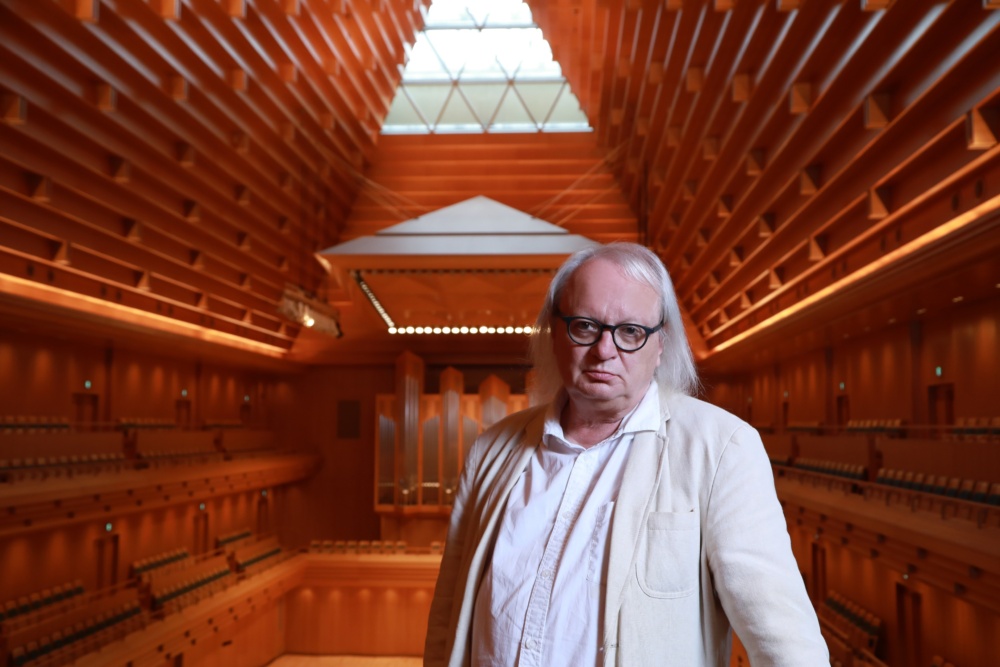 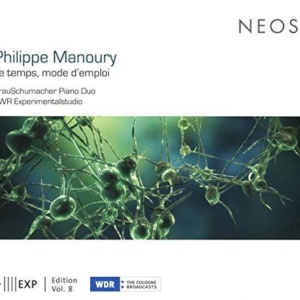 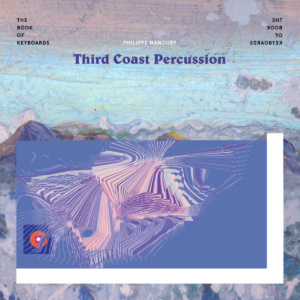 The book of keyboards 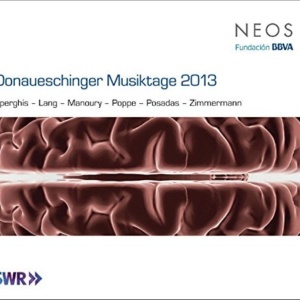 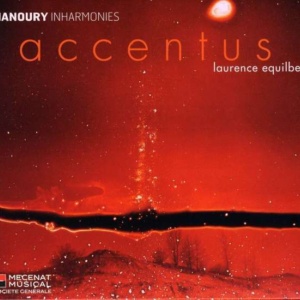