Lion of Finland: Anssi Karttunen was honoured with the Pro Finlandia Medal.

Anssi Karttunen is against monotony. On his Instead List for Cello, he pairs a rarely played work worth listening to with every well know piece.

In 2019, Wergo released a portrait CD including Anssi Karttunen’s recordings of Hans Werner Henze’s English Love Songs with the BBC Symphony Orchestra under the baton of Oliver Knussen.

Anssi Karttunen has always been on the cutting edge of classical music performance and is one of the most innovative cellists in today’s international music scene. He started learning the cello as a 4-year-old in Finland, a uniquely fertile ground for music and musicians, and subsequently built up a worldwide reputation both as a soloist and chamber musician. In his repertoire, he takes a fresh look at the well-known masterpieces and brings forgotten works to the public ear, as well as making own original transcriptions. He plays on modern, classical, and baroque cellos, as well as violoncello piccolo and electric cello. The latter features prominently in his current multimedia solo recital, which includes works by Kaija Saariaho, Thierry Pécou and Pablo Ortiz with images, video and electronics.

Anssi Karttunen is a passionate advocate of contemporary music. He has performed over 170 world premieres, collaborating with such composers as Magnus Lindberg, Kaija Saariaho, Pascal Dusapin, Luca Francesconi and Tan Dun. An astounding 29 concertos have been written for him. He premiered Magnus Lindberg’s Cello Concerto No.1 with the Orchestre de Paris and Cello Concerto No. 2 with the Los Angeles Philharmonic, Esa-Pekka Salonen’s Mania with Avanti! and Luca Francesconi’s Rest with the RAI Torino. Kaija Saariaho wrote her concerto Notes on Light for Karttunen and he premiered it with the Boston Symphony Orchestra, who commissioned the work. Since 2007, he has performed the concerto over 50 times with the Finnish Radio Symphony Orchestra, Swedish Radio, NDR Symphony Orchestra, Royal Concertgebouw Orchestra, Orchestre de Paris, and the New World Symphony among others. In 2018, he premiered Betsy Jolas's Side Roads with the Swedish Chamber Orchestra and Gérard Korsten, which was recently released in a recording with the Orchestre d’Auvergne. Future plans include premieres of new works by Antti Auvinen, Ramon Lazkano and Sean Shepherd.

His recordings traverse a broad musical spectrum, including Beethoven’s complete works for cello and piano on period instruments and 20th century solo pieces. He has released recordings of concertos by Lindberg, Saariaho, and Salonen on Sony Classical and a DVD of Tan Dun's The Map for cello, video and orchestra on Deutsche Grammophon. Two of Anssi Karttunen’s recordings were nominated for a Gramophone Award in 2013: a CD of Magnus Lindberg’s chamber music works and Henri Dutilleux’s Tout un monde lointain, recorded with the Orchestre Philharmonique de Radio France under Esa-Pekka Salonen on Deutsche Grammophon, which was chosen as the best contemporary recording of 2013. His recent recordings include Toshio Hosokawa's Concerto Chant for Naxos, his own transcription of Brahms’ String Quintet for Toccata Classics as well as two tango CDs for Petals and Albany.

Born in 1960, Anssi Karttunen studied with Erkki Rautio, William Pleeth, Jacqueline du Pré and Tibor de Machula, among others. From 1999 until 2005 he was principal cellist with the London Sinfonietta. He was the Artistic Director of the Avanti! Chamber Orchestra between 1994 and 1998 the Suvisoitto Festival in Porvoo, Finland from 1994 until 1997. He was the artistic director of the Helsinki Biennale in 1995 and 1997 and the Festival Musica Nova Helsinki in 2015. He frequently gives masterclasses, for example at Carnegie Hall, at Cello Biennale Amsterdam, at the Juilliard School or at the Royal Academy of Music in London. At the University of Berkeley, he taught and performed as a Regents’ Lecturer in the autumn of 2015. In 2008, he initiated the annual Creative Dialogue workshop in Santa Fe in collaboration with the Sibelius Academy. He started teaching at the Ecole Normale de Musique in Paris in the autumn of 2014. Anssi Karttunen plays on a Francesco Ruggeri cello.

“Karttunen’s warm and intense music-making draws the listener under its spell.”

“Anssi Karttunen's 60th anniversary concert was like an anthology. Or a group exhibition, for all the works in the concert were related to his friends: their compositions, birthdays, death. Karttunen was at his very best as a performer of fast effects and in his own improvisations.”

“[In 'Slackline' for cello and piano by Pascal Dusapin] the two performers create an impressive sound space through movement in perfect synergy.”

“… six commentaries on English love poems [Hans Werner Henze - Englische Liebeslieder] teeming with a profusion of textures and colours. The Finnish cellist Anssi Karttunen could easily have got lost in the jungle, but I never mislaid his instrument’s trail — pure golden honey, sprightly and lyrical.” 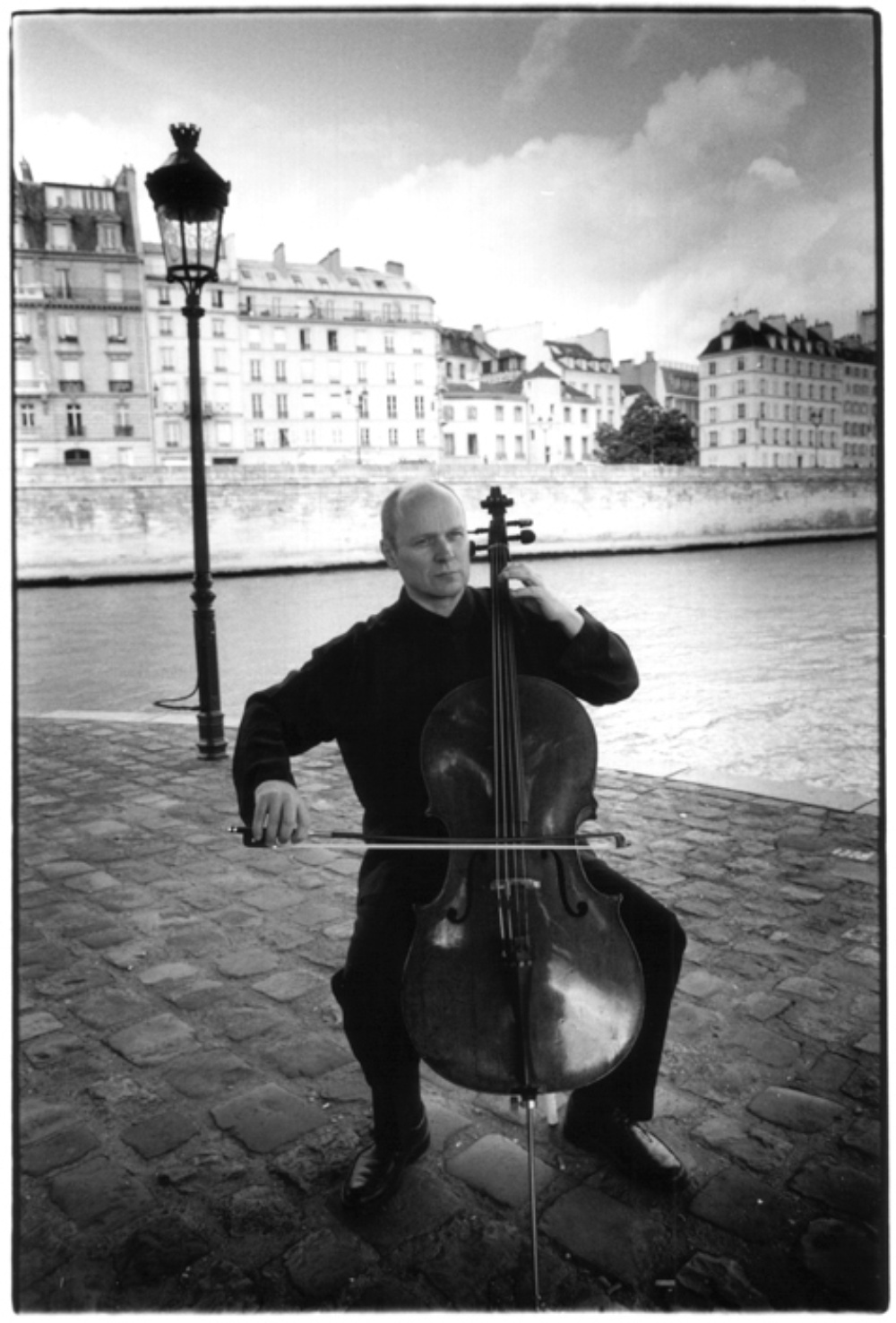 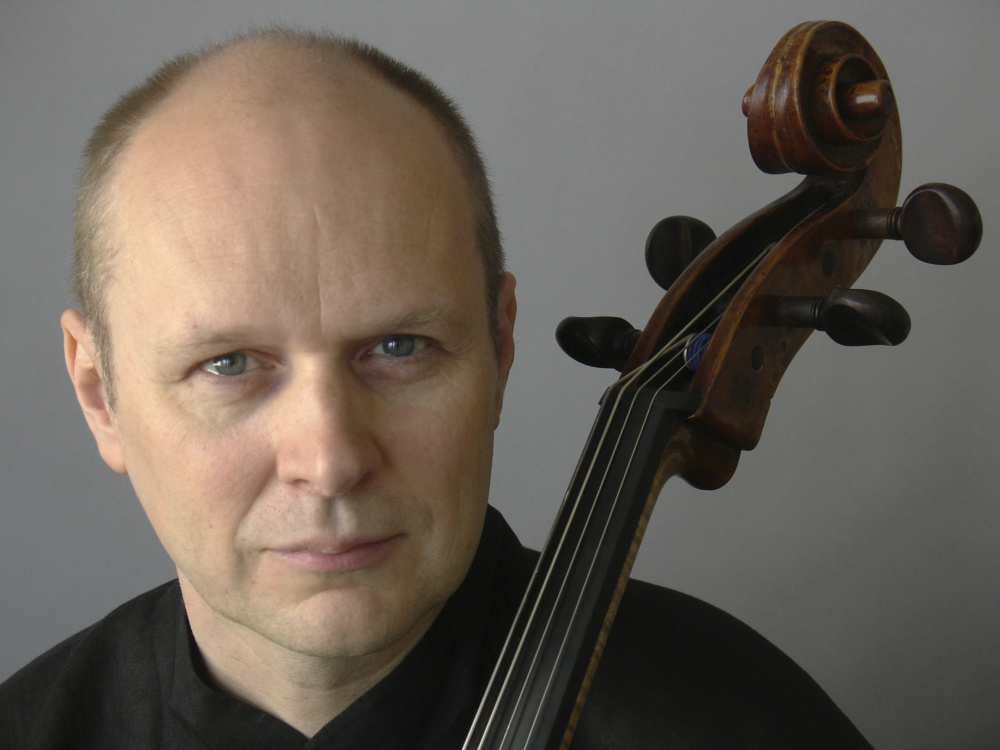 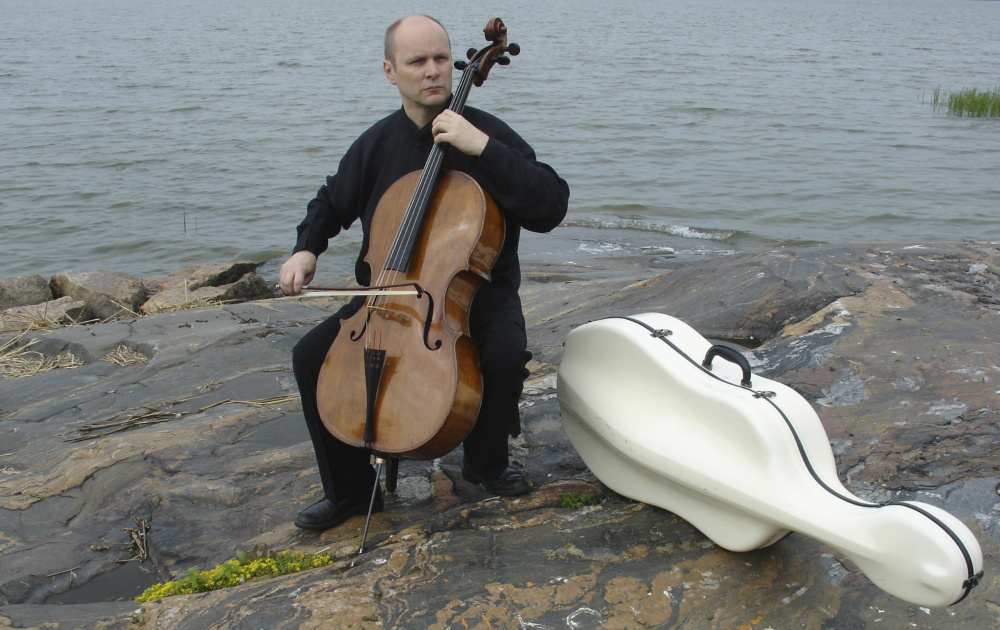 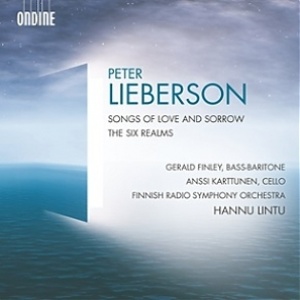 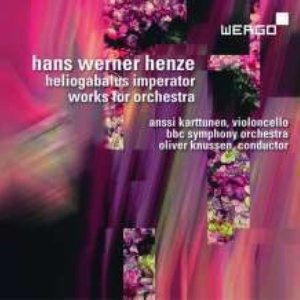 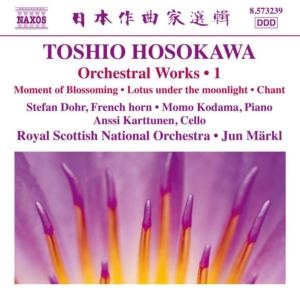 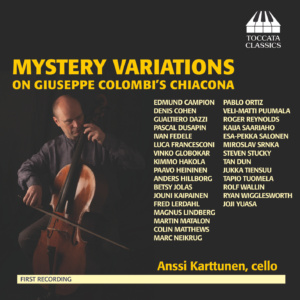 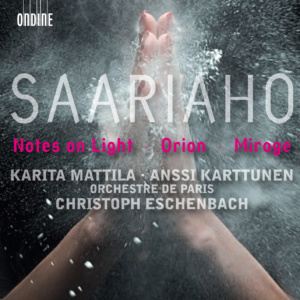