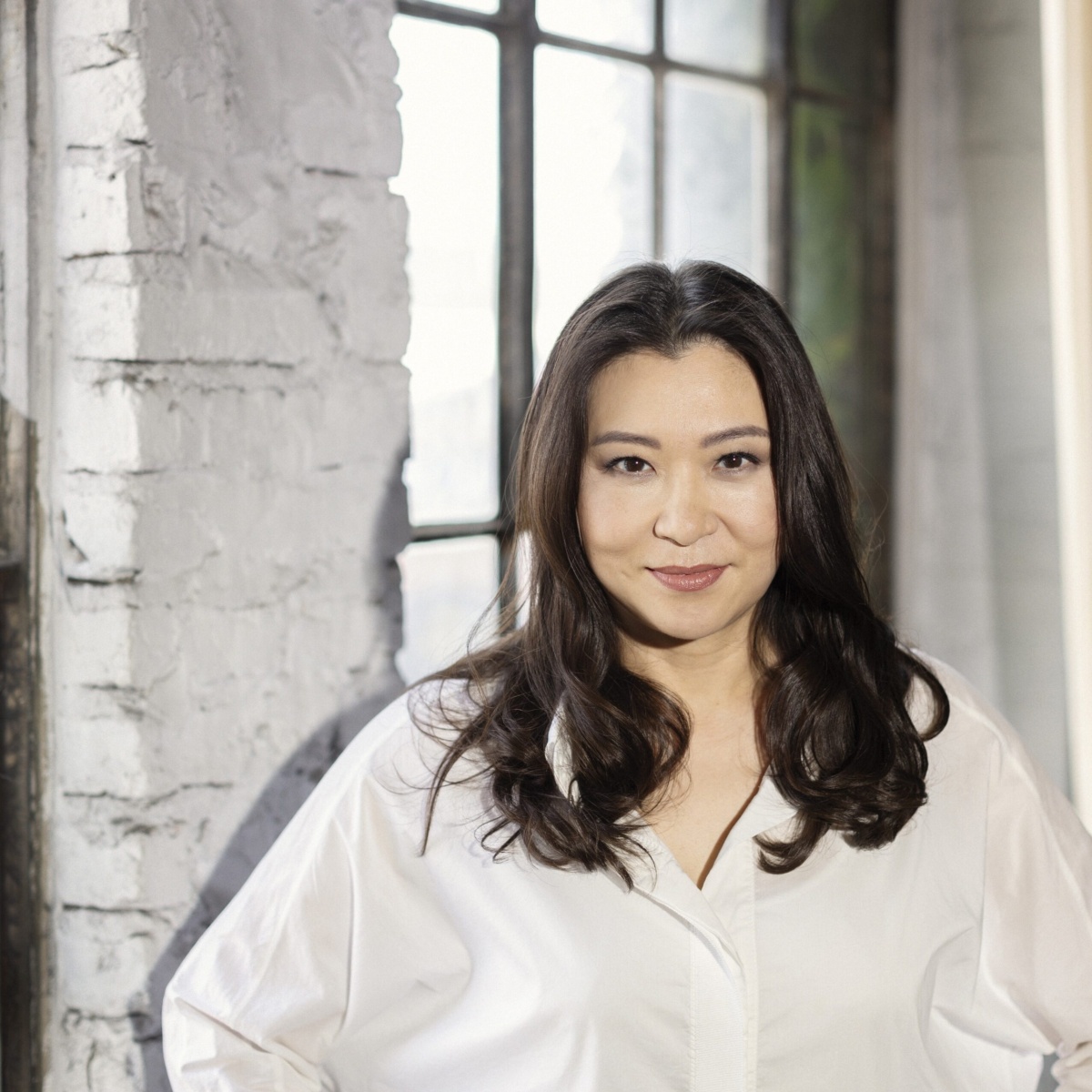 The South Korean conductor Shiyeon Sung is a real trailblazer of her profession. She is the first female conductor out of South Korea to make the leap to the podium of internationally renowned orchestras, including the Royal Concertgebouw Orchestra, the Orchestre Philharmonique de Radio France, the Los Angeles Philharmonic, the Konzerthaus Orchestra Berlin and the Bamberg Symphony.

When she was appointed assistant conductor at the Boston Symphony Orchestra in 2007, her reputation as one of the most exciting emerging talents on the international music circuit was already secure: shortly before, Shiyeon Sung had won the International Conductors’ Competition Sir Georg Solti and the Gustav Mahler Conductors’ Competition in Bamberg. During her three-year tenure in Boston, she began a close collaboration with the Seoul Philharmonic Orchestra and conducted their season-opening concert in 2007. In 2009, the orchestra established an associate conductor’s position especially for her, which she held until 2013.

The list of orchestras that Shiyeon Sung has worked with since then is remarkable. It includes renowned European orchestras such as the Rotterdam Philharmonic Orchestra, Orchestre Philharmonique de Radio France, Swedish Radio Symphony Orchestra, Philharmonia Orchestra, Konzerthaus Orchestra Berlin, and Bamberg Symphony, as well as the National Symphony Orchestra Washington, Sydney Symphony Orchestra, and the Los Angeles Philharmonic, which she led in a spectacular debut concert with Martha Argerich at the Tongyeong International Music Festival. In addition, she appeared as guest conductor at the Teatro Colón and the Stockholm Opera.

She was chief conductor of the Gyeonggi Philharmonic Orchestra from 2014 until the end of 2017, during which time she led the orchestra to international success. Following a performance in 2015 at the Philharmonie Berlin, in 2017 Shiyeon Sung and her orchestra were the first Asian orchestra to be invited for a guest appearance at the Musikfest Berlin, the renowned international orchestra festival. Their recording of Mahler’s Symphony No. 5 for Decca documents Shiyeon Sung’s outstanding work with the group of predominantly young orchestral musicians, for which she was awarded the Musical Performance Prize 2017 from the Daewon Cultural Foundation. After her departure from Gyeonggi, Shiyeon Sung relocated to Berlin where she now resides, but remains a popular guest in her home country and regularly returns to the Korea National Opera and the Seoul Philharmonic Orchestra.

Born in Pusan, South Korea, Shiyeon Sung won various prizes as a pianist in youth competitions. From 2001 to 2006, she studied orchestral conducting with Rolf Reuter at the Hanns Eisler School of Music in Berlin and continued her education with advanced conducting studies with Jorma Panula at the Royal College of Music in Stockholm.

“...Isang Yun's orchestral works have an unmistakable tone, determined by rather shrill, high woodwinds (...) This also applies to Yun's ‘Réak’ from 1966, which opened the musica viva concert with the BR Symphony Orchestra in the Herkulessaal, conducted clearly and energetically by Shiyeon Sung.”

“The rest of the evening also convinces with an adventurous programme. (...) Conductor Shiyeon Sung, whose impressive debut makes her the eighth female conductor ever to conduct the Concertgebouw Orchestra, first makes the threatening clarinet solos in Bartók's Suite from The Miraculous Mandarin glow softly, then lets the orchestra blaze to incandescent volume.”

“Here, in Muak by Isang Yun and in The Miraculous Mandarin by Bartók, conductor Sung brought out the best in the Concertgebouworkest. Her debut in this wonderful programme, born of a cancellation, definitely deserves a sequel.”

“The concert’s second half was devoted to Tchaikovsky’s fatalistic Symphony No. 4, which showcased Sung’s unique ability to breathe life and originality into one of the most ubiquitous pieces in the standard repertoire. Starting with a crisp, stately rendition of the opening fanfare, Sung gave the first movement an underlying architecture that supported her nuanced, intelligent take on each of the main themes. (...) Throughout all the tempo changes, development and thematic permutations, Sung resisted the urge to sentimentalize: Every climax and emotional flourish was earned, rendering it all the more powerful and beautiful.

In the breathtaking third and fourth movements, Sung raised the technical level of the orchestra, achieving a clear articulation and phrasing through the extended pizzicato passages and taking the more urgent passages at a breathtaking speed. The orchestra stayed with her as she cued them with expressive movements of hands and fingertips, and at the triumphant finale it was clear that conductor and ensemble had left everything on the stage.” 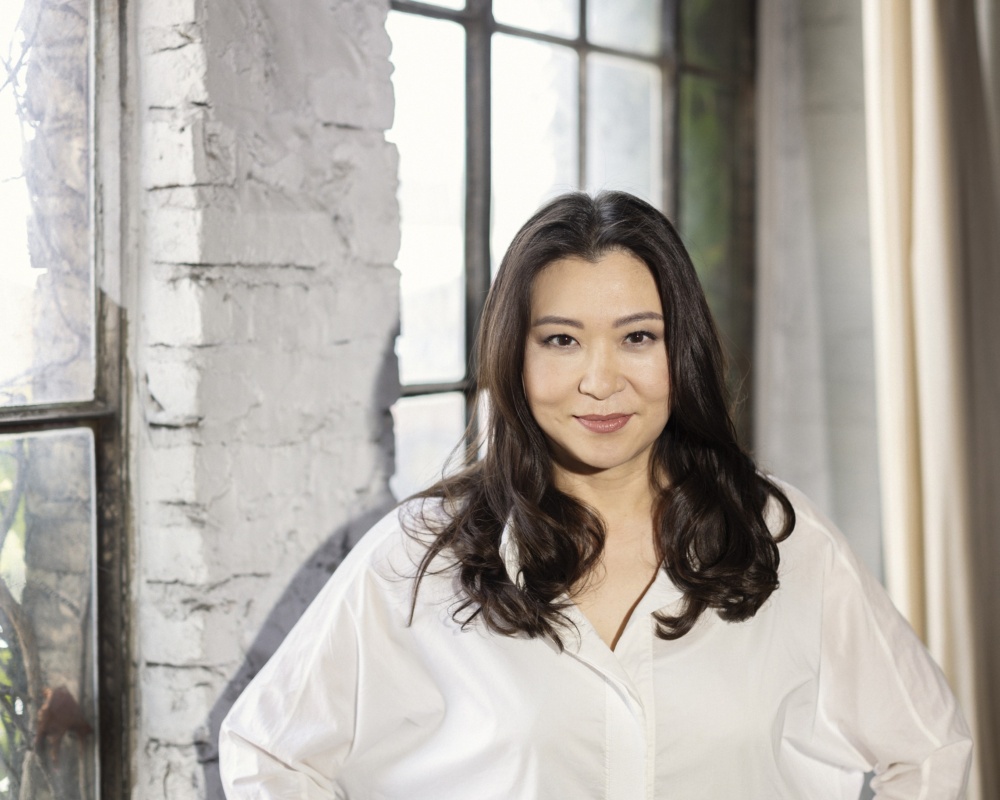 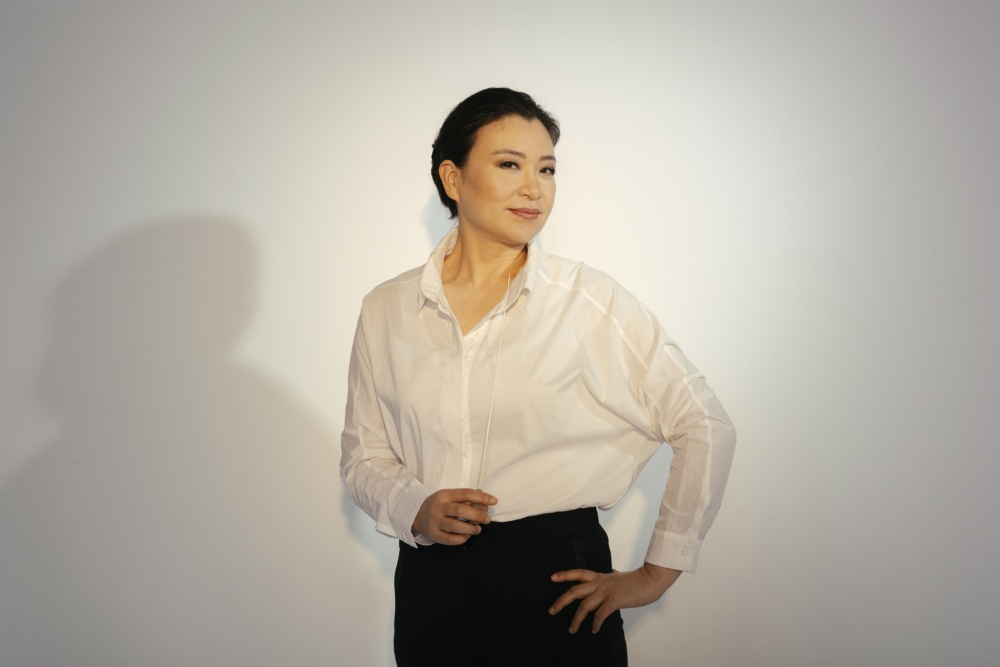 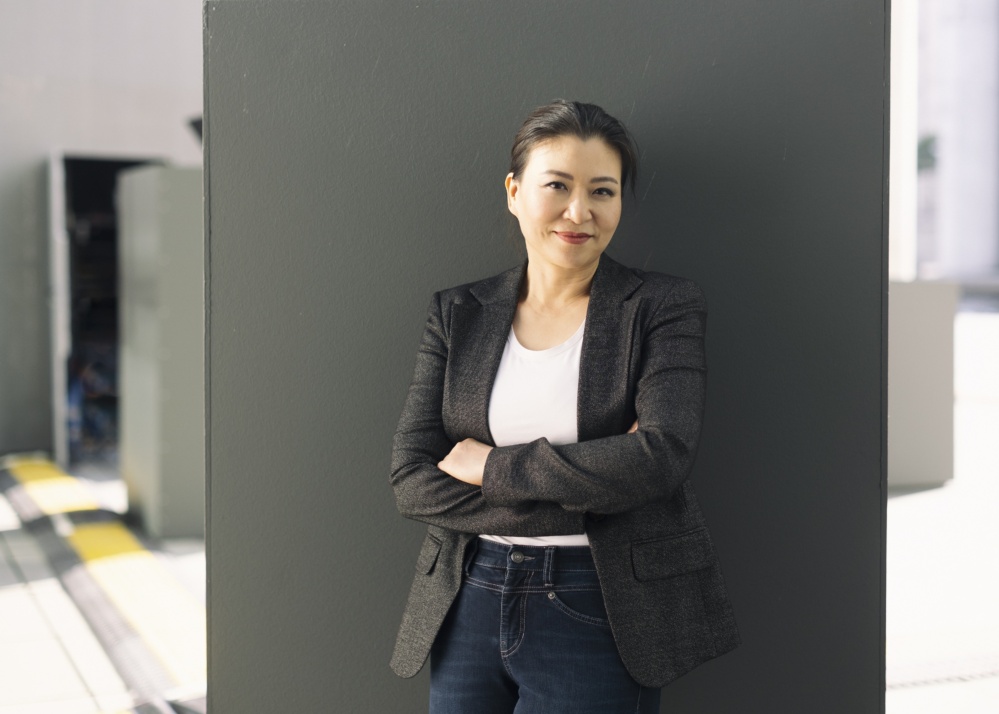 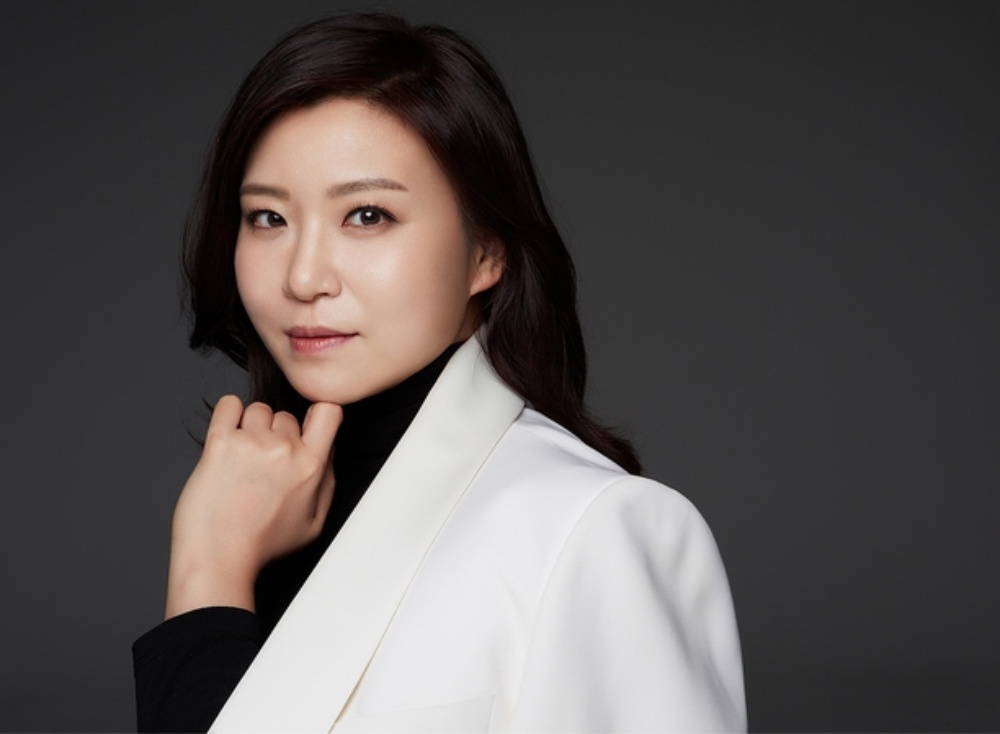 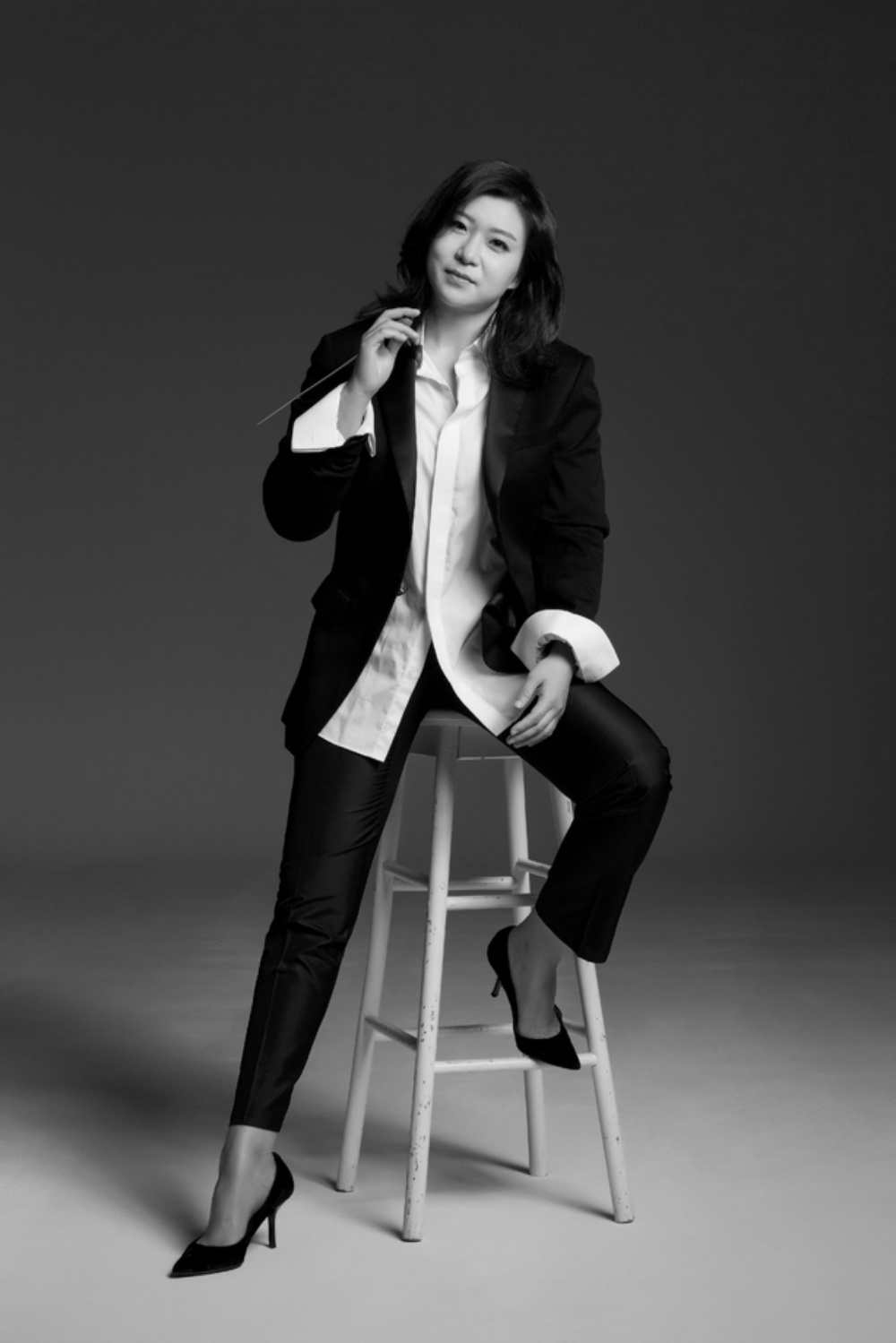 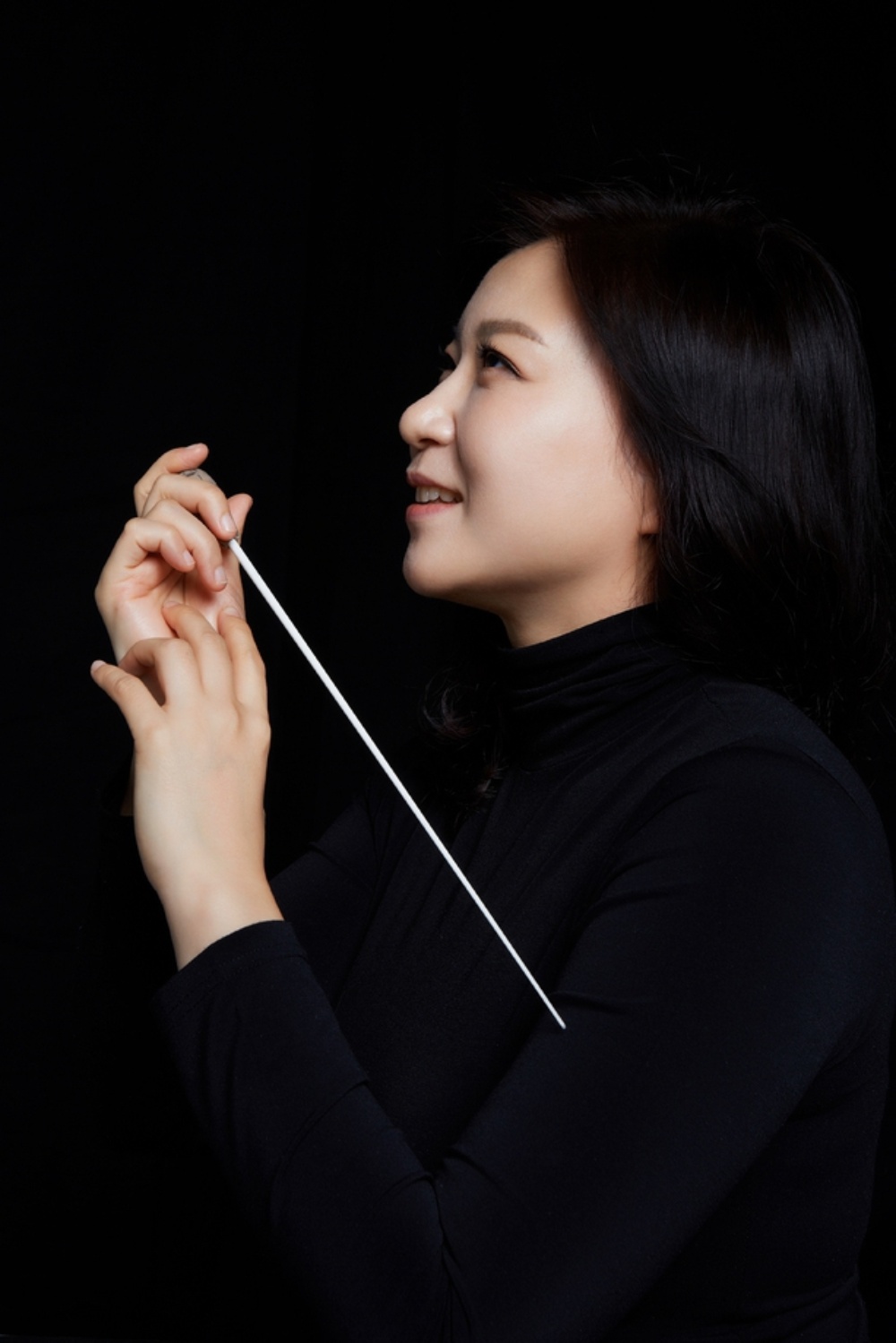 John Williams: On Willows and Birches, Concerto for Harp and Orchestra