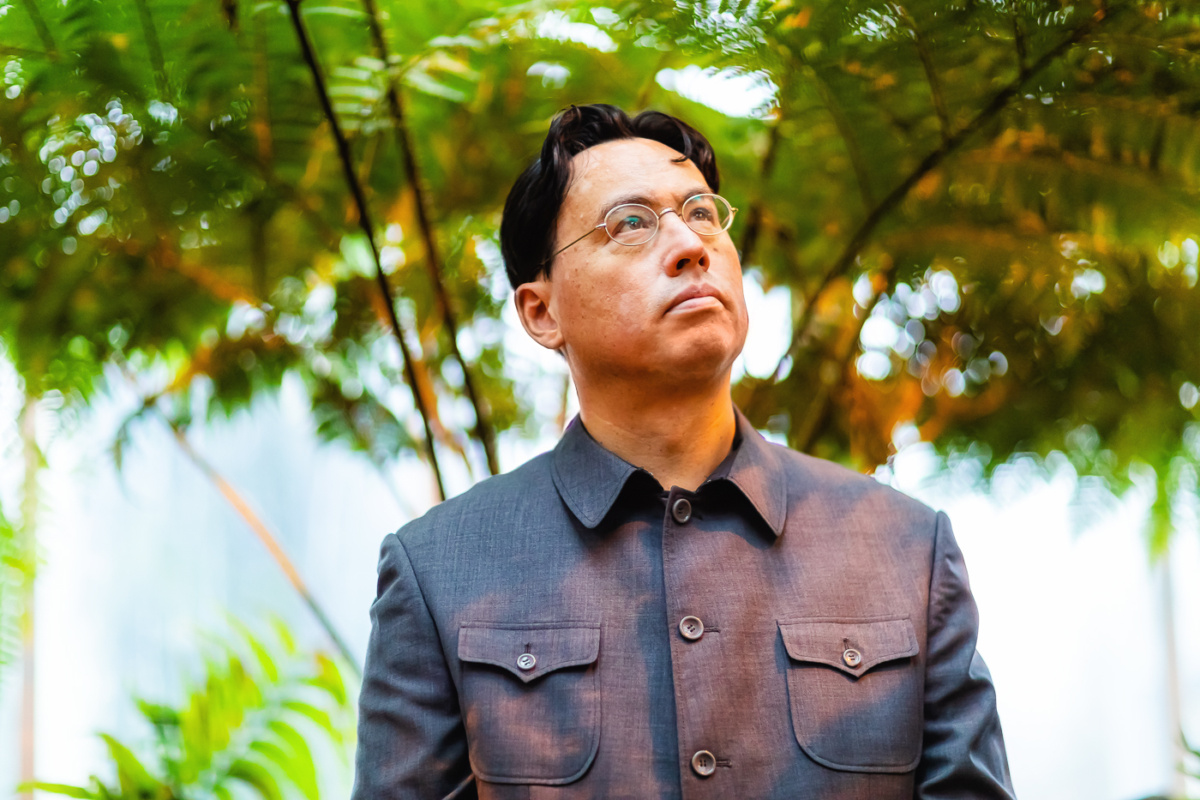 Ming Tsao's Triode Variations, premiered in May by Ensemble Musikfabrik under Emilio Pomàrico, have now been released on CD; the Neue Vocalsolisten Stuttgart and the Kammerensemble Neue Musik Berlin have also recorded works by the composer for the album.

In May, Ensemble Musikfabrik premiered Ming Tsao's Triode Variations in Cologne. We caught up with the composer during a visit to his Berlin flat in the run-up to the performance.

In the November issue of the journal MusikTexte, Ming Tsao outlines ways towards a materialistic musical expression.

The composer Ming Tsao writes music with a sensuality that arises out of a focus on the inherent qualities of sound – what the composer calls its “materiality” – coupled with an extreme formal rigour and a highly precise, finely crafted compositional style. His music is foregrounded by a contemporary conception of musical lyricism, which is fractured, multi-faceted and problematised to reflect the modern experience.

Many of Ming Tsao’s works are the result of a critical and deep-thinking examination of the Western classical tradition, as well as his serious engagement with Chinese traditional music. Increasingly, opera is the forum where Ming Tsao brings these interests together. The chamber opera Prospero’s Garden (2009-2015) consists of two acts that are also separate works: Die Geisterinsel, commissioned by the Staatsoper Stuttgart and premiered in 2011, is a re-working of Johann Rudolph Zumsteeg’s 18th-century opera on Shakespeare’s The Tempest; Mirandas Atemwende, premiered in Berlin in 2015, takes Schoenberg’s Erwartung as the starting point for an expressionist exploration of character. He is currently composing a large-scale opera that reinvents the Chinese Ming dynasty Kunqu opera Mudan Ting (The Peony Pavilion).

Ming Tsao has composed works for ensembles including the Arditti Quartet, ELISION Ensemble, ensemble ascolta, ensemble recherche, Ensemble KNM Berlin and Ensemble SurPlus and has had premieres at the Darmstadter Ferienkürse, Donaueschinger Musiktage, MaerzMusik Berlin, Wien Modern and the Wittener Tage für neue Kammermusik. In recent seasons his major projects include two works for large ensemble: Refuse Collection (2017), a reaction to the oeuvre of French filmmakers Danièle Huillet und Jean-Marie Straub; and Plus Minus (2012-13), the first full realisation of Stockhausen’s open composition of the same name.

This season, the Ensemble Musikfabrik will give the premiere of Triode Variations, a 30-minute work for 18 instruments. Shortly thereafter, pianists Florian Hoelscher and Klaus Steffes-Holländer will premiere Plus or Minus for two pianos and electronics with the SWR Experimentalstudio in Freiburg.

Ming Tsao was born in Berkeley, California in 1966, learning violin and viola before travelling to Suzhou, China, to study with the renowned Guqin (Chinese zither) performer Wu Zhao-ji. He studied composition at Berklee College of Music in Boston and Ethnomusicology at Columbia University in New York before studies in Logic, Philosophy and Mathematics. Returning to composition, he took a PhD in Music Composition from the University of California, San Diego under Chaya Czernowin and also studied privately with Brian Ferneyhough. He was professor of composition at Göteborg University from 2009 and is currently visiting professor of composition at the Hanover University of Music, Drama and Media.

A selection of his chamber works was collected on the portrait CD Pathology of Syntax, released in 2014 by Mode Records. Kairos Music has released his works on two CDs, Plus Minus and Die Geisterinsel. His music is published by Edition Peters.

A list of Ming Tsao's works can be found on www.mingtsao.net as well as on his publisher's website, Edition Peters.

“Unbelievable is the music of the American Ming Tsao: every sound pure, good music.”

“On this evening, one wishes that the music never stops sounding.”

“Although, from a listening perspective, it involves a fair bit of hanging on for dear life, the shifting tangibility of the words, a multitude of fantastic individual orchestrational details and above all the genuinely dazzling range of invention displayed – no, flaunted – in this piece make it all a magnetic experience. Definitely music that needs repeated listenings, but first contact is pretty damn astonishing.”

“In Europe, Tsao is much nearer to the tradition that he cares so much about: the tradition of Western art music which he exaggerates and dissects, quotes, estranges and deconstructs. The aesthetics of his musical thinking, the style and construction of his works, is the product of a highly complex thinking and virtuosic composing that shows he is a damn good composer.”

“Alone, in this perfect swelling and receding arc of elastic storm music, Tsao has made a veritable coup. In his 50-minute opus, he breaks the prejudice that New Music after Strauss has lost its capacity to be sensual. The kaleidoscopically shattered rhythmic and metric structures, the strange, fragmentary allusions to Zumsteeg’s high classic style, in short: the artifice of the entire work vanishes, as it were, into the foaming waves of a plastic, often noisy music that goes straight into the body of the listener.”

“I think it is absolutely successful, lasts a good half hour, and is a very powerful sound language that one experiences, quite fresh and actually sounds in every single beat, as if by Stockhausen himself.”

Deutschlandfunk, Jörn Florian Fuchs, 2013 – on Plus Minus 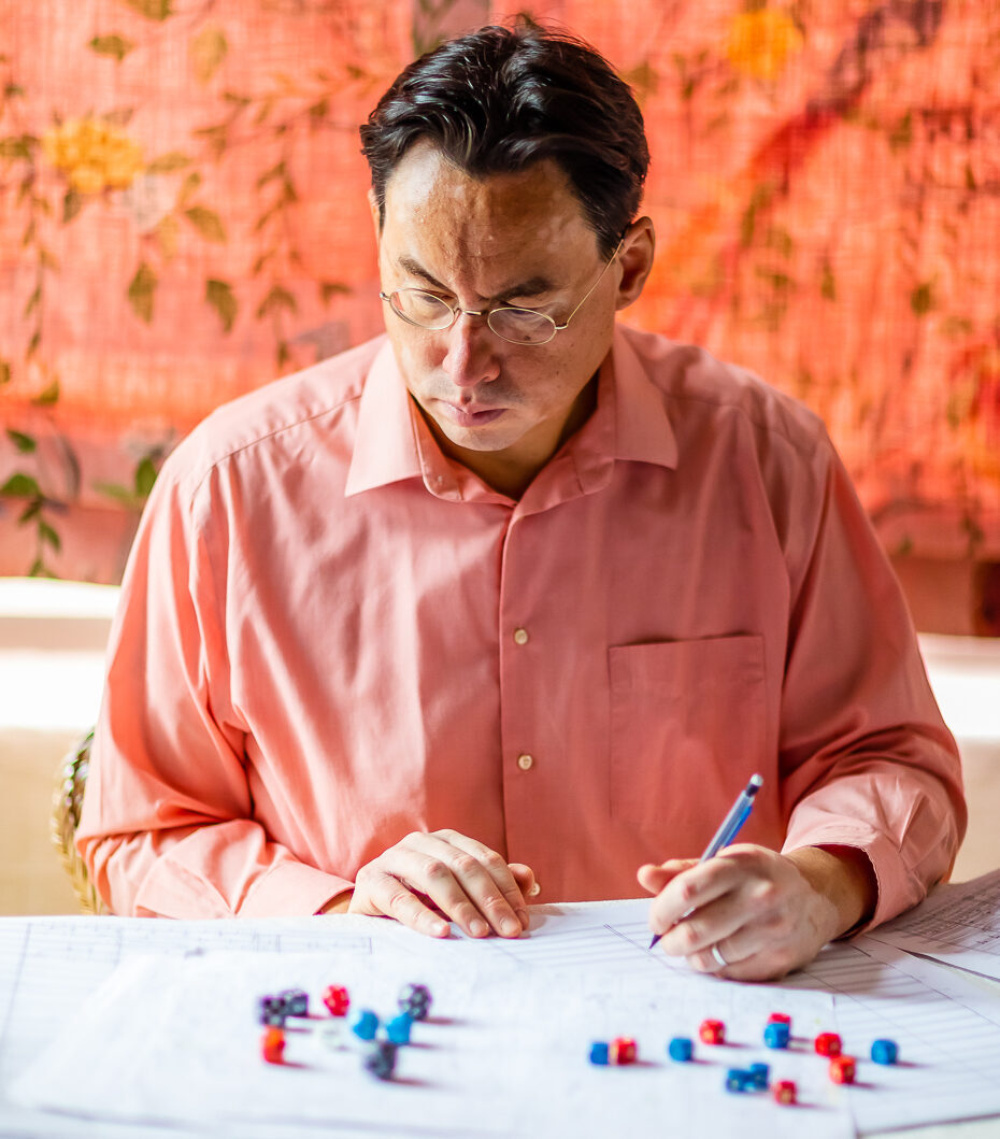 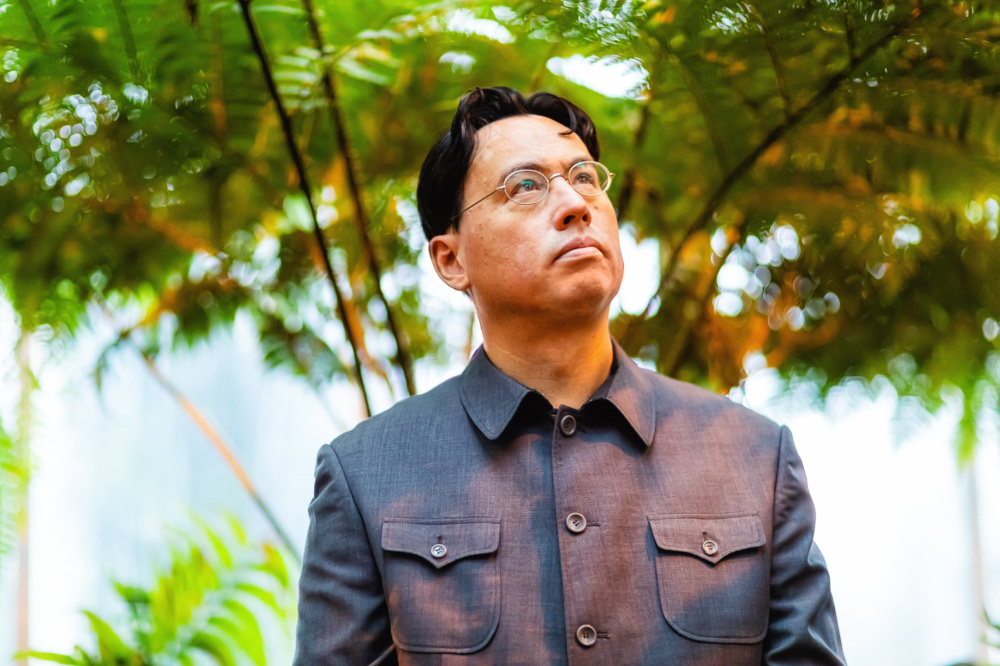 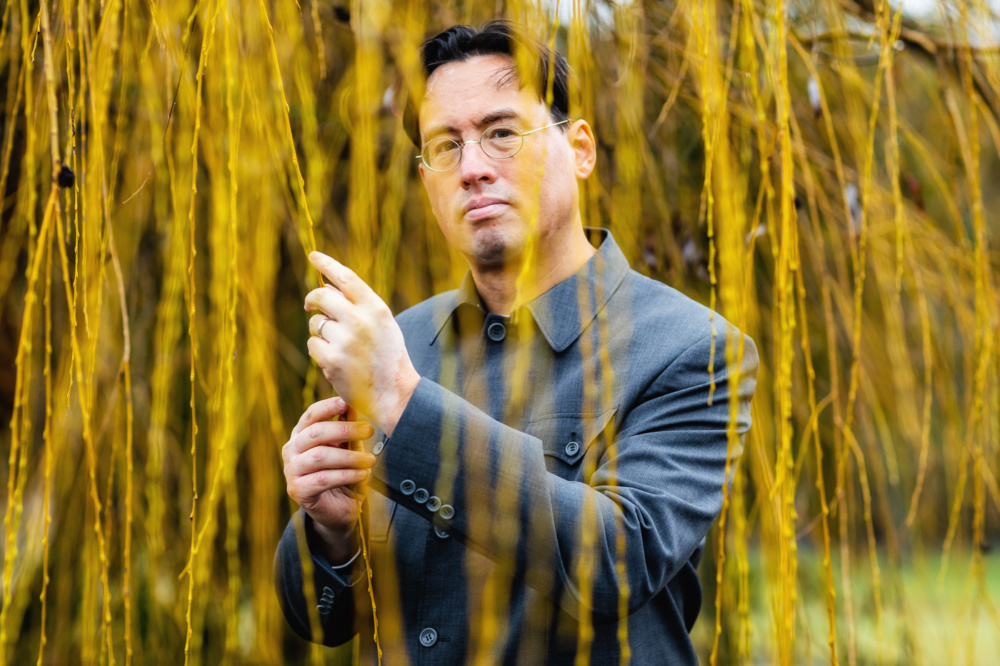 Ming Tsao - Plus Minus Page I 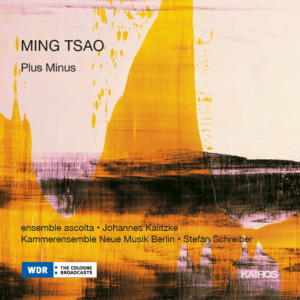 Ming Tsao - Plus Minus 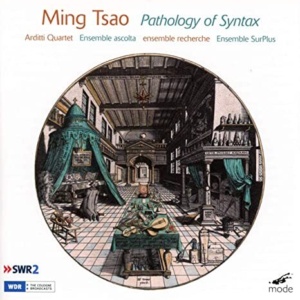 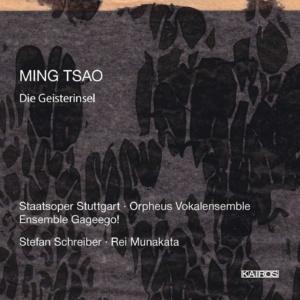