For nearly sixty years, Les Percussions de Strasbourg have brought musicians into their fold from every corner of the world, stretching Western music beyond its previously established boundaries. In addition to their technical achievements and the originality of a repertoire which is nothing short of au courant, the group has lent cohesion to seemingly heterogeneous material and shaped it into a single frame. Hugues Dufourt

Founded in 1962, the Percussions de Strasbourg are world-renowned ambassadors of musical creation. With their exceptional repertoire, the group performs twentieth century masterpieces and commissioned new works with the same concerns: to bring life to a contemporary heritage while revisiting it constantly, and to continue to innovate in a context of artistic diversification.

Since its foundation, the group still stands at the heart of creation, thanks to its particular connections with contemporary composers and the diversity of its abilities in terms of musical formats: from duo to octet, from acoustics to electronics, from recitals to musical theater and dance, etc ...

Having been dedicated more than 350 works, the group continues to maintain and develop its unique instrumentarium in the world. It has recorded many times and has received around thirty international awards, including a Victoire de la musique classique in 2017, which the Percussions de Strasbourg label won for its first record release, Burning Bright by Hugues Dufourt.

The daily commitment of the ensemble to educational activities is reflected in their various actions, particularly with the public in Hautepierre where the ensemble is in residence.

Music in the belly

Founded sixty years ago, Les Percussions de Strasbourg continue to renew their interpretations of works from their repertoire and choose to re-explore the emblematic Musik im Bauch in the continuity of their work on stage presence.

Dreaming of this «music in the belly», Karlheinz Stockhausen set out to build 12 music boxes - «Tierkreis» - matching the human characters linked to the signs of the zodiac. Considered as a mixture of a children’s tale and a Native American tribal myth, Musik im Bauch stages a ritual, odly bizzare at times, around a mysterious bird and a purified instrumentation.

The Percussions de Strasbourg have engaged in a collaboration with Danish composer and media artist Simon Steen-Andersen to stage a new reading, encouraging his imaginative, low-tech and deconstructive approach to melting sound and visual.

Timelessness - show around the musical gesture – For 8 percussionists

“At the meeting point between music and dance, the gesture is as important as the sound” Thierry De Mey

With Timelessness, Thierry De Mey has created a sort of self-portrait, combining old and new pieces in the same show. It is a project that took shape over time, which he describes as an «artistic and political manifesto». His angle as a composer centres on the body in musical practice, as illustrated by his masterpiece, Musique de tables (1987).

Thierry De Mey is a composer and filmmaker. The impulses associated with movement and leaping are undoubtedly guiding forces in his work: he views rhythm as, “a system that generates waves of falling motions and new developments.” De Mey writes mainly for dance and cinema. In his work with choreographers Anne Teresa De Keersmaeker, Wim Vandekeybus, and Michèle Anne De Mey, he has stepped beyond his role of composer to offer valued collaboration in the invention of “formal strategies.”

The piece is divided into four parts whose titles refer to the materials used to make the instruments and the sounds they produce: "Mélanges" performed simultaneously by various percussion instruments, then "Métaux", "Claviers" and "Peaux".

Listening to the sixxen in «Métaux», one immediately thinks of the gamelan of Indonesia, especially those from Bali, the instruments used in festive music in Japan, the chimes of churches in the Mediterranean basin and the cowbells of the Alps. The richness of timbre of the sixxen is in a way an expression of the different types of life led by man, of which metals are an integral part.

In this program, the audience is the central player : the Percussions de Strasbourg musicians are on six stages all around the audience. Closing one’s eyes and getting caught up in the sound, realizing that the entire body becomes a sound sensor. Everything turns into sensations, discoveries, suspensions. An amazing sound world, much wider than what our eyes claim to see... 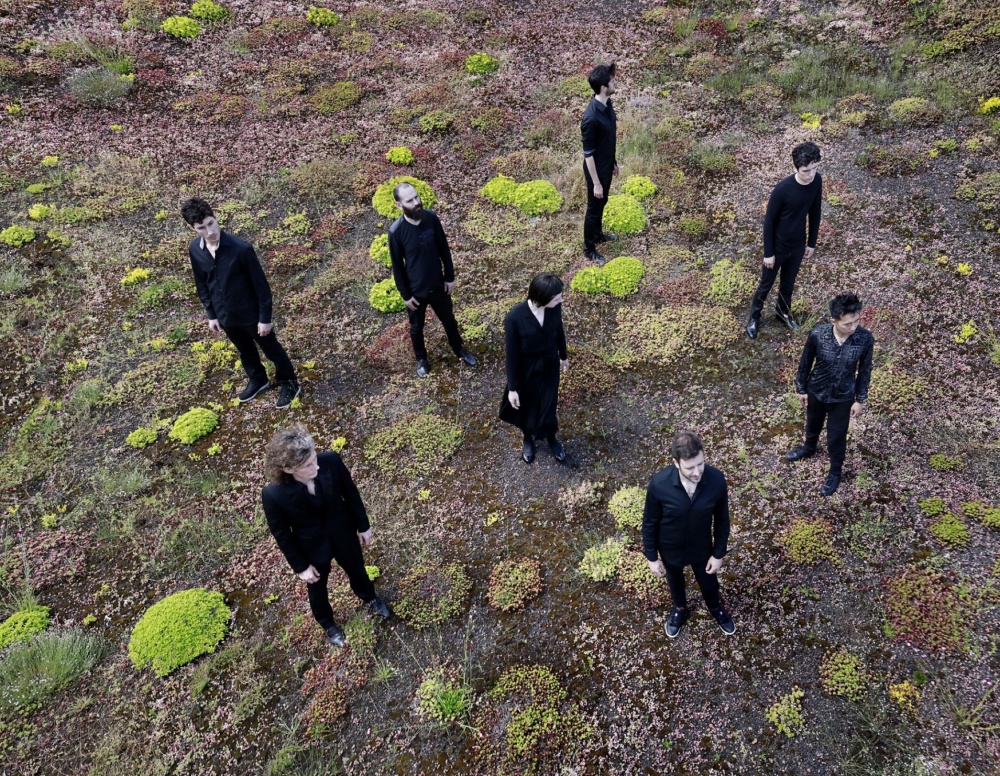