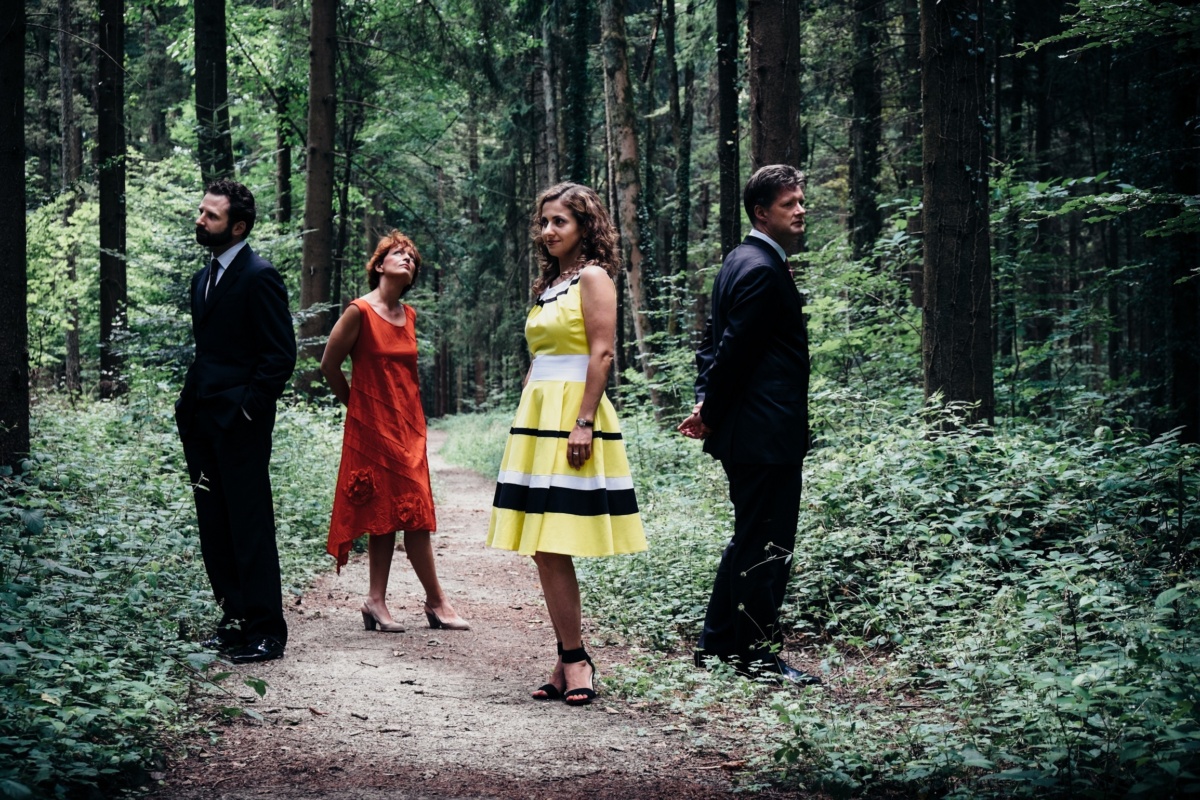 The new CD of the Gringolts Quartet was released on 1 April and received outstanding reviews.

In the FAZ, Ilya Gringolts is portrayed as a musician with enormous stylistic range and unwavering integrity. Both can be experienced at the concerts in the coming weeks.

The Gringolts Quartet: Friends for Life

What a pleasure! Beautifully integrated sound; immaculate execution of impeccable, mature interpretations, charismatic on-stage and, above all: they are purely about the music. Striking a fine balance of profundity and humour for both Haydn and Brahms, they left their audience enraptured or tittering in all the right places. They convincingly adapted their sound to be classically vibrato-free for one then full-fat Romantic for the other. HERALD SCOTLAND

The Zurich-based Gringolts Quartet was born from mutual friendships and chamber music partnerships that cross four countries: over the years, the Russian violinist Ilya Gringolts, the Romanian violist Silvia Simionescu, and the Armenian violinist Anahit Kurtikyan frequently performed together in various chamber formations at distinguished festivals; the German cellist Claudius Herrmann played with Anahit Kurtikyan in the renowned Amati Quartet. What unites the four musicians is the immense joy they receive performing together and their passion for the high demands presented by string quartet repertoire.

They have already had the opportunity to collaborate with eminent artists such as Leon Fleischer, Jörg Widmann, David Geringas, Malin Hartelius, Christian Poltéra, and Eduard Brunner. Aside from classical repertoire for string quartet, they are also dedicated performers of contemporary music, including string quartets by Marc-André, Dalbavie, Jörg Widmann, Jens Joneleit, and Lotta Wennäkoski.

The Gringolts Quartet has attracted attention among critics and audiences with their exquisite CD recordings of works by Robert Schumann and Johannes Brahms. Together with David Geringas the Gringolts Quartet participated in the world premiere recording of Walter Braunfels’ quintet in 2012, which was awarded a "Supersonic Award" as well as an ECHO Klassik award. Their CD with quintets by Glazunov and Taneyev with Christian Poltéra was released in the spring of 2016 and was awarded the Diapason d’Or. More recently the quartet presented Schönberg's string quartets No. 2 and No. 4 on BIS records in 2017. The CD was referred to reverently in the press: "Such a pleasing plea for Schönberg's music has not existed for many years and makes this CD the new reference recording for me." (Klassik-heute.com, Martin Blaumeiser)

In the 2021/22 season, the Gringolts Quartet performs recitals in Switzerland, followed by concerts on a tour through Italy, in Hamburg’s Elbphilharmonie and London’s Wigmore Hall, among others. In addition, they give concerts in quintet formation together with pianist Dénes Várjon at Liszt Academy Budapest and Konzert Theater Bern, as well as in octet formation with Meta4 at the Rheingau Musik Festival.

The members of the Gringolts Quartet all play on rare Italian instruments: Ilya Gringolts plays a Giuseppe Guarneri "del Gesù" violin, Cremona 1742-43, on loan from a private collection. Anahit Kurtikyan plays a Camillo Camilli violin, Mantua 1733. Silvia Simionescu plays a Jacobus Januarius viola, Cremona 1660. Claudius Herrmann plays a Maggini cello, Brescia 1600. Prince Golizyn, who was a great admirer of Beethoven, gave the first performances of the composer’s last string quartets, which he commissioned, on this instrument.

Or both octets in one concert

"The Gringolts Quartet play both works with absolute mastery, and it would be difficult to imagine more convincing performances. Lingering particularly in the memory is the middle section of the quasi-slow movement in the Quartet No. 1, with its radiant viola melody beautifully played by Silvia Simionescu. This is a really important release."

"The technical virtuosity of the Gringolts pays huge dividends for they are able to play it so accurately and with such apparent ease that what the notes describe as the “laborious details” do not get in the way of an emotionally dramatic experience. (…) Very highly recommended."

“Gringolts leads his quartet with impressive selflessness, deploying his ardent but tightly focused violin tone to set the outer boundaries of the ensemble sound ... The viola player Silvia Simionescu, in particular, sounded like a kindred spirit to Gringolts, with a burnt umber tone that resembled Jonas Kaufmann’s lower register. But the Gringolts Quartet’s rhythmic drive, its translucency and its cinematic shifts from one dynamic level to another were a collective achievement; and they felt instinctive ... a performance that lays bare the full, sublime vastness of Dvorak’s imagination.”

“This collaboration between Ilya Gringolts’ Zurich-based quartet and Finland’s Meta4 gets things right. They’re alive to every mercurial mood shift, dropping to a whisper and shedding vibrato in the development’s shadier corners. [...] The playing is incendiary. [...] Trust me – buy a copy.”

“In the slow second movement, the audience experienced the magical moment when the Ensemble layered the slow sequences on top of each other with calmness and abandonment. It was as if I was watching a clockmaker who carefully assembles a clock with tweezers and love. In the concert hall, there was transcendence and quietness while the musicians let the end of the movement slowly fall into silence, note by note.“

“The Gringolts Quartet […] brought out the extremely pointed style of this composer [Joseph Haydn] employing a slender tone with marvelous results.”

“The Gringolts Quartet lent Haydn's work a very refined and yet powerful dynamic, with differentiations notable even in the extremes. The four musicians produced a very transparent sound. [...] In the extremely rapid final movement,the musicians set off highly virtuoso fireworks.”

“With rousing, sophisticated, and synchronous musicianship, the Haydn Quartet opened up in an almost playful manner. With confidence and focus (they play while standing), the four artists gave each phrase their own unique shading.”

“There hasn’t been such a persuasive case for Schoenberg’s music for years, making this CD my new reference recording.”

“Beautifully integrated sound; immaculate execution of impeccable, mature interpretations, charismatic on-stage and, above all: they are purely about the music. Striking a fine balance of profundity and humour for both Haydn and Brahms, they left their audience enraptured or tittering in all the right places. They convincingly adapted their sound to be classically vibrato-free for one then full-fat Romantic for the other.”

“Ilya Gringolts's glowing tone and liquid grace score highly. Listen to the expressive but unaffected way he handles the little cadenza at the end of Var 5. Gringolts is never more than first among equals, however, and the Quintet's sunset coda is lovingly handled, the individual strands of the texture beautifully caught in BIS's warm, transparent sound.”

“A captivating listening experience and a first-class performance: a full and at the same time deeply focused sound allows the listener to experience the pieces as if from the heart of the action.”

“Listen to the Gringolts Quartet in the Op.51 No.2 and Op.67 Quartets and you may conclude that they’ve simply not been played right. There’s so much sensitive give and take between the four instruments here, so much intimacy and subtle variation of colour, that the feeling is these are Romantic chamber gems comparable with Schumann’s three Quartets. In the first movement of Op.67 the shifts in rhythmic patterns are handled with the kind of supple freedom even the most refined orchestral conductor could hardly match.”

“Like opening the curtains on a sunny morning, this recording throws fresh light on the familiar features of Brahms’s beguiling chamber music. The glorious Piano Quintet in F minor, Op 34, bursts with confidence, the Gringolts and Peter Laul fully conscious of its soaring, symphonic ambition.”

“Gringolts and his players bring a cool, steely and achingly intense beauty to their interpretation. […] These two fascinating works are well worth getting to know: one obscure from Braunfels and the other by Strauss in an unfamiliar guise. These are deeply felt and impeccably prepared performances rendered in excellent sound: cool, clear and well balanced.”

“Led by the incisive Ilya Gringolts […] the Gringolts Quartet puts Schumann’s mercurial yet troubled psyche under an intense spotlight. They use every means at their disposal to draw out more disturbing elements of the quartets: the beginning of no.1 emerges as sombre as medieval plainsong, silences are full of unspoken menace. […] The more joyous moments are undimmed, with the Piano Quintet going great guns and Gringolts’s violin-playing dancing through enchantingly nuanced passagework in the finale of the Quartet no.2. […] Original, personal and beautifully played, these performances prove that there are as many facets to Schumann’s quartets as there are ensembles to play them. A different and fascinating take.”

“Ilya Gringolts and his friends never let the tension drop. Amplified by the acoustics of the Lutheran Church of St. Petersburg, the sound of the ensemble, led by its fiery first violinist, cannot be beat. The transparent polyphony of the first Andante espressivo, along with the clarity of the accompanying voices and the sophisticated use of tone colours, stood in direct contrast to the biting but playful scherzo, and added to the performance’s poetic appeal.”

“These artists are brilliant masters of their craft. The determined moaning of the viola or cello, flanked by gently restrained violins, was full of the protagonists’ intensity and subtle phrasing.” 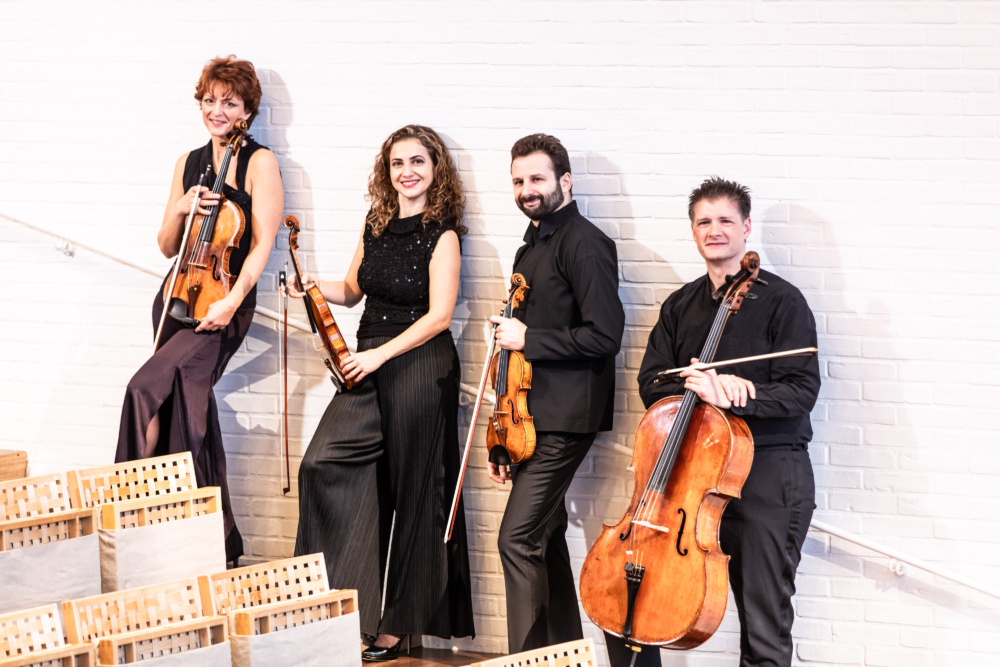 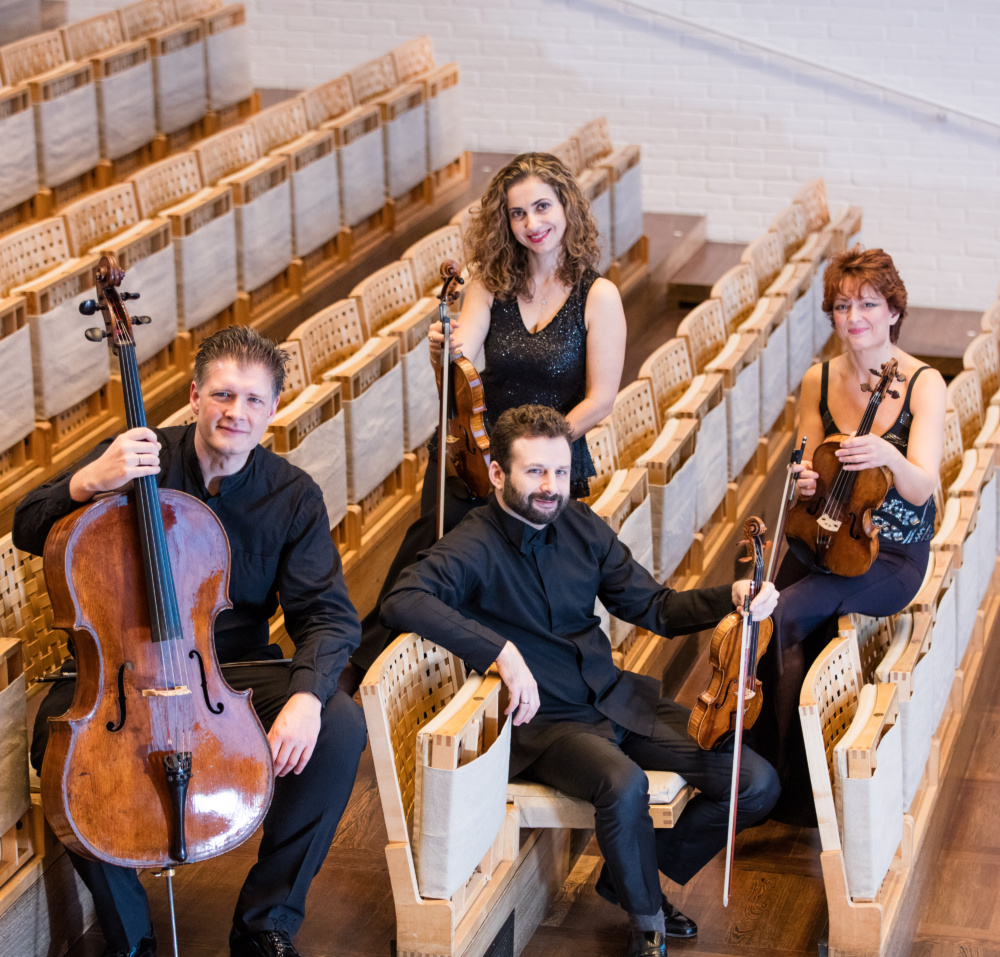 I. Stravinsky, 3 Pieces for string quartet 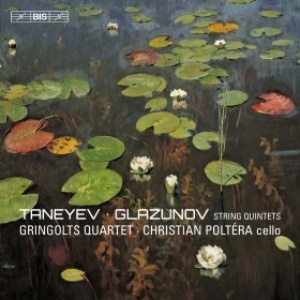 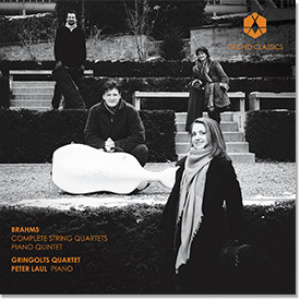 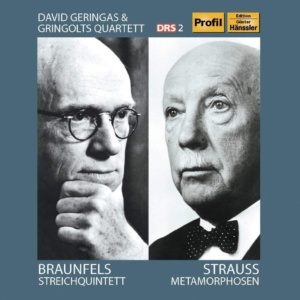 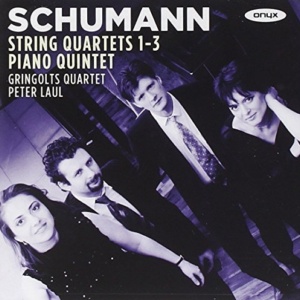