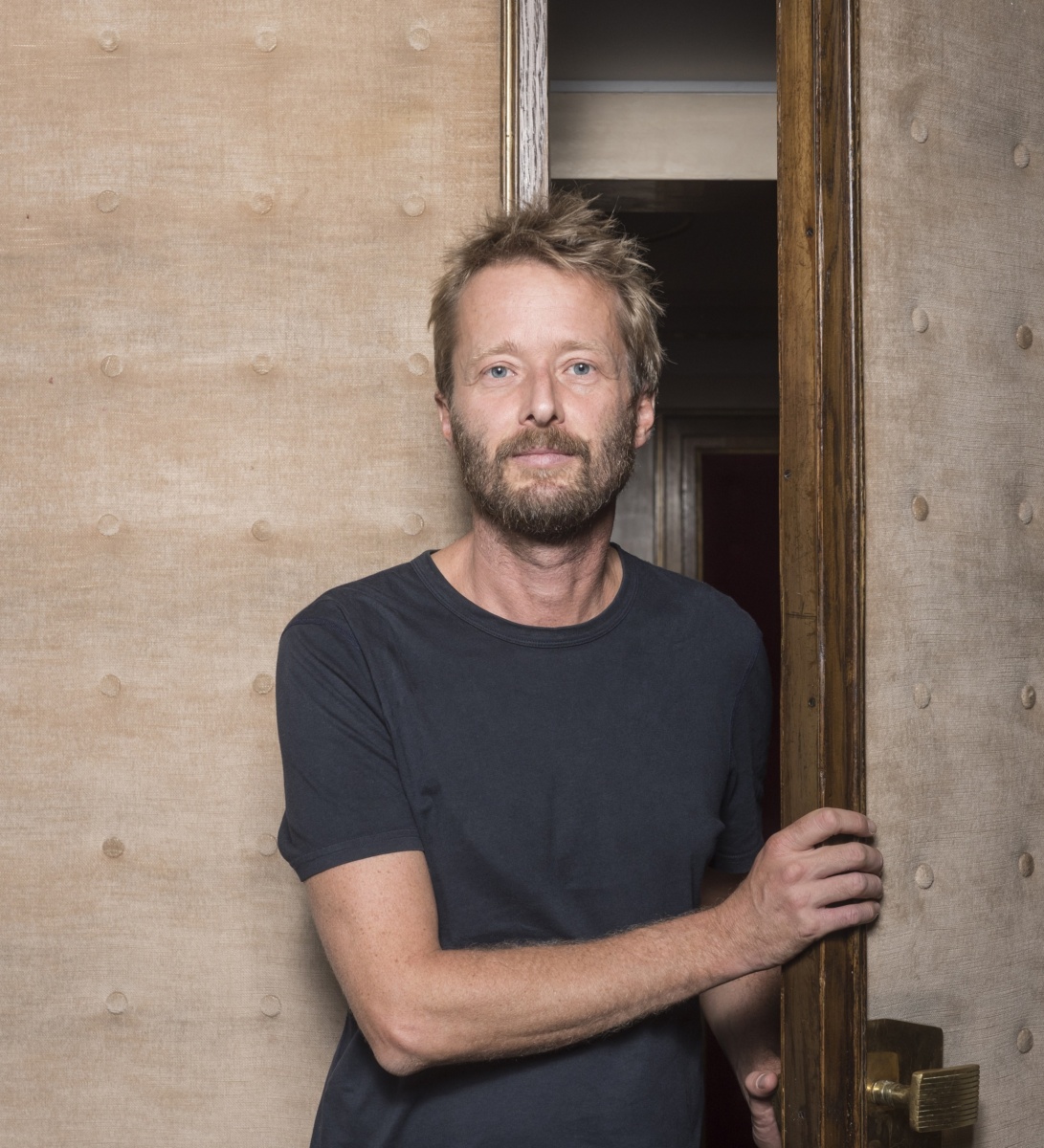 The libretto and score for Johannes Maria Stauds new opera Die Weiden were written in parallel, developed through constant communication.

Born in Innsbruck in 1974, the composer Johannes Maria Staud draws much of his inspiration from literature and the visual arts. Reflections on philosophical questions, social processes, and political events also influence his compositions. His artfully constructed works possess a rigorous dramaturgy.

Johannes Maria Staud studied musicology and philosophy in Vienna before continuing his compositional studies with Hanspeter Kyburz in Berlin. In 2002, just one year after graduating, he won the Erste Bank Composition Prize; in 2003 he received the International Rostrum of Composers prize, followed by the Ernst von Siemens Composers’ Prize in 2004 and the Schleswig-Holstein Musik Festival’s Paul-Hindemith-Prize in 2009. Prestigious commissions followed. In 2004/05 Apeiron was commissioned by the Berlin Philharmonic under Sir Simon Rattle. In 2006 Segue for violoncello and orchestra was commissioned by Heinrich Schiff and the Vienna Philharmonic under Daniel Barenboim for the Salzburg Festival.

His fascination with the work of Jewish writer and illustrator Bruno Schulz is reflected in works such as Über trügerische Stadtpläne und die Versuchungen der Winternächte (2009) and Zimt: Ein Orchesterdiptychon für Bruno Schulz. The first part of this orchestral diptych, On Comparative Meteorology, was premiered in its original version in 2009 by the Cleveland Orchestra under Franz Welser-Möst, and in the revised version in 2010 by the Vienna Radio Symphony Orchestra under Peter Eötvös; the second part, Contrebande (On Comparative Meteorology II), was commissioned by Pierre Boulez for the Ensemble Modern and premiered in 2010. In 2012 orchestral work Maniai had its world premiere with the Bavarian Radio Symphony Orchestra in Munich under the Mariss Jansons. He was also “composer in residence” of the Staatskapelle Dresden that same year.

Major ensemble works of recent years include Auf die Stimme der weißen Kreide (Specter I-III), which premiered at the Festival Musica in Strasbourg in 2015, and the diptych Par ici - Par là, performed for the first time in full by the Ensemble Intercontemporain at the Acht Brücken festival in Cologne. The violin concerto Oskar (Towards a Brighter Hue II), written for Midori, premiered in 2014 at the Lucerne Festival, as did the opera Die Antilope based on a libretto by Durs Grünbein. Grünbein also provided the textual template for Der Riss durch den Tag (2011), a monodrama for Bruno Ganz, and for the opera Die Weiden, which premiered in 2018 at the Vienna Staatsoper.

The composer’s most recent orchestral work, Stromab (“Downstream”), was premiered in 2017 by the Royal Danish Orchestra with its new chief conductor Alexander Vedernikov, with subsequent engagements in Vienna (Vienna Symphony Orchestra under Francois-Xavier Roth), Cleveland and New York (both with the Cleveland Orchestra under Franz Welser Möst). In 2018, the Vienna Philharmonic premiered his orchestral work Scattered Light without a conductor as part of the Wien Modern’s season opening concert, followed by a guest performance in Berlin. He explored baroque alchemy for the works Terra pinguis and Terra fluida, premiered in 2019 by the Munich Chamber Orchestra and the Boulanger Trio respectively. In 2020 Martin Grubinger, with Slavik Stakhov and Richard Putz, brought Epicentre. Seismic construc-tion in 3 parts for three percussionists to life and the Ensemble Phace premiered Am Horizont (...schon ganz woanders...).

In November 2021, the ensemble xx. jahrhundert premiered Listen, Revolution (we're buddies, see -) at Wien Modern as part of its 50th anniversary, before performing the work with the Ensemble Modern in Frankfurt in December. The American poet William Carlos Williams provided the text for two other new compositions: A work for soprano and orchestra was performed for the first time in February 2022 with Yeree Suh and the Vienna Symphony Orchestra under their new principal conductor Andrés Orozco-Estrada at the Vienna Konzerthaus. A composition for soprano, horn, ensemble, and live electronics, commissioned by the Ensemble intercontemporain and IRCAM, will be premiered during the ManiFeste festival in Paris in June with soprano Sophia Burgos and conducted by Matthias Pintscher.

Johannes Maria Staud is Professor of Composition at the Mozarteum University in Salzburg since autumn 2018.

All works as of 2017 are published by Breitkopf & Härtel.

A list of works by Johannes Maria Staud up to 2016 can be found on the pages of Universal Edition .

"Staud outshone Weber and Schubert! (...) a "music for violin and string orchestra with percussion", which is quite unique and immensely varied. The progression remains a stringent, exciting event until the end."

"Staud's music, which retains a great autonomy, comes across very expressively and is at times reminiscent of Berg's "Wozzeck". It also sounds very European in the varied dramaturgy of the large-scale form."

"The world premiere with the Lucerne Symphony Orchestra and the Lucerne Theatre Choir under the direction of Howard Arman reveals a composer with a keen sense of dramatic flow. The palette ranges from jaunty champagne choruses to expressive solo singing, from recitative-like yelps to sententious choral numbers, from the irony of doctor scenes to the poetry of singing sculpture."

"Towards a brighter hue" (...) let us hear stratospheric flageolets, and with virtuoso approaches in an eruptive sound event with bright bells, the solo violin delicately expressively set the scene - quite fascinating and in an exciting way also far removed from the song and drama of the romantic framework works of the concerto.

Zürichsee-Zeitung, Herbert Büttiker, 1.9.2014 - on the World Premiere of "Oskar (Towards a Brighter Hue II)“ 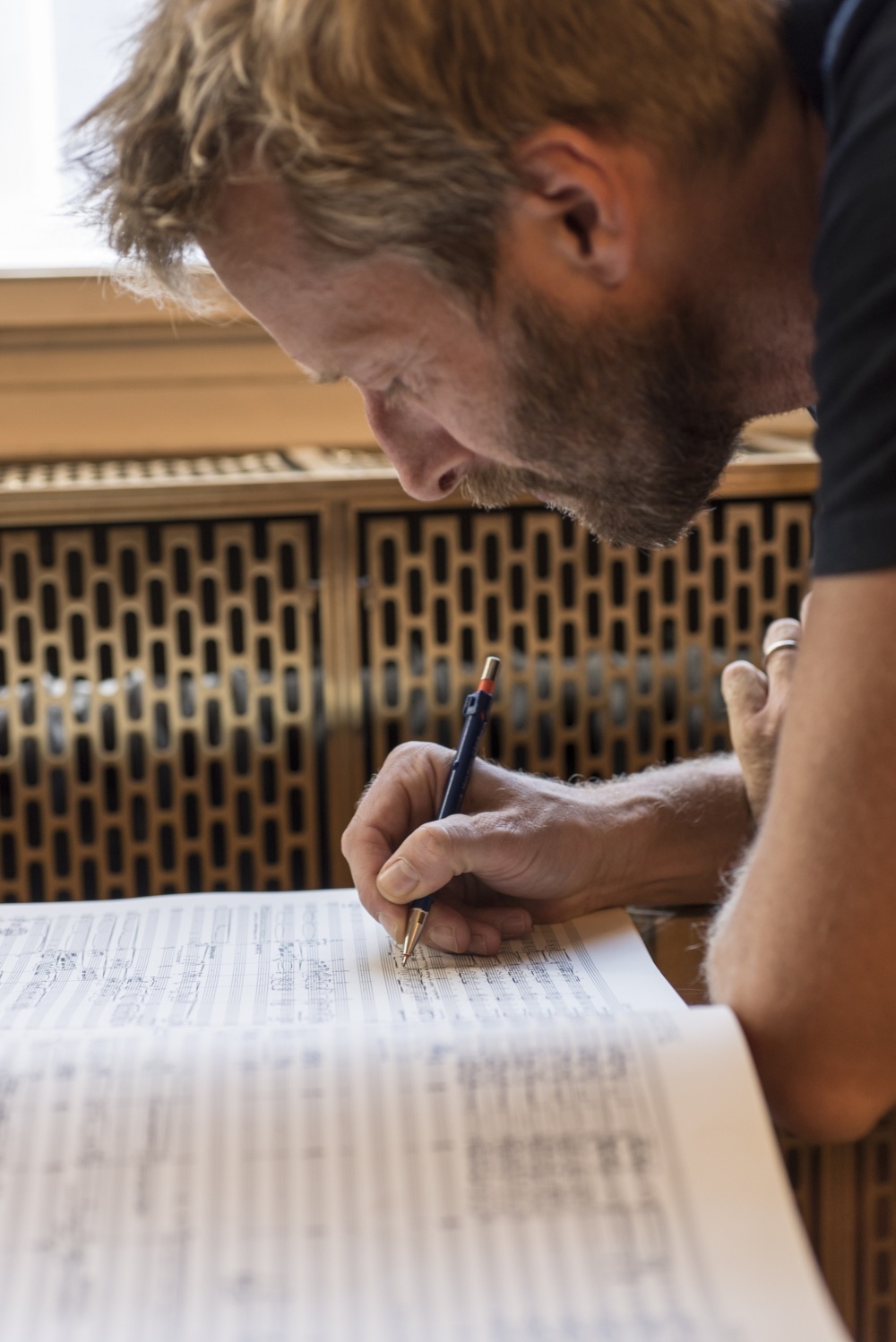 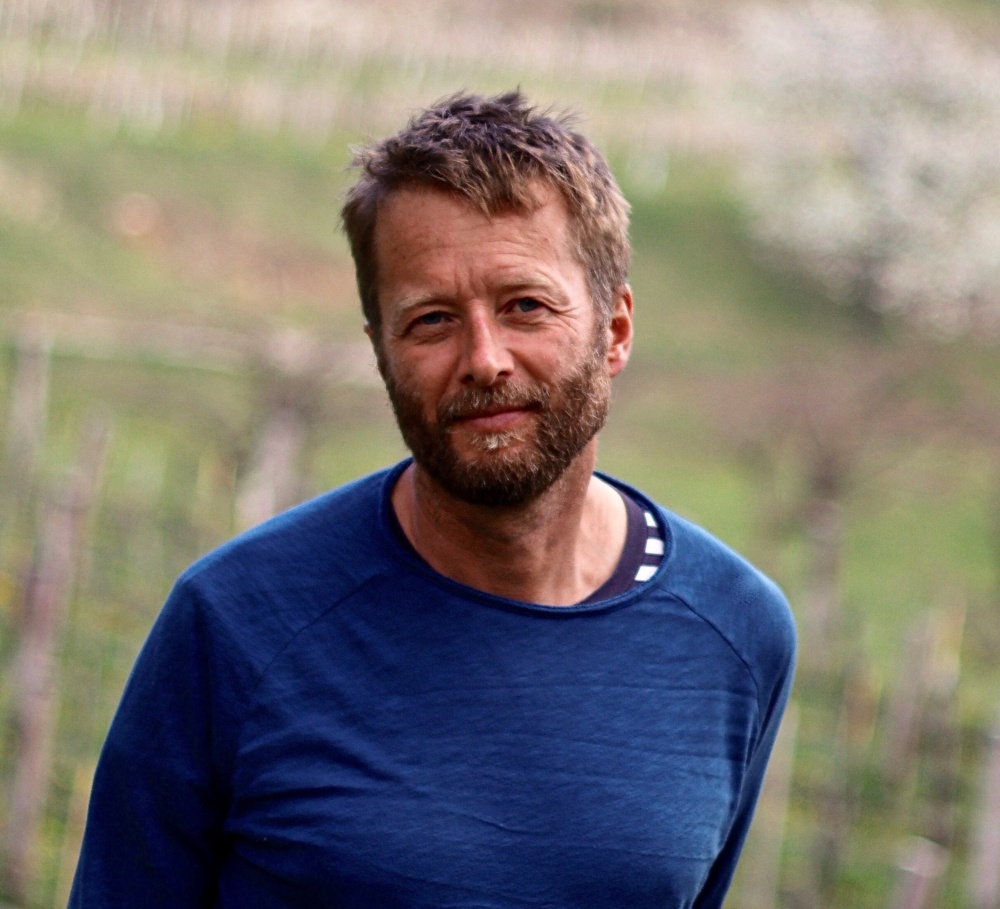 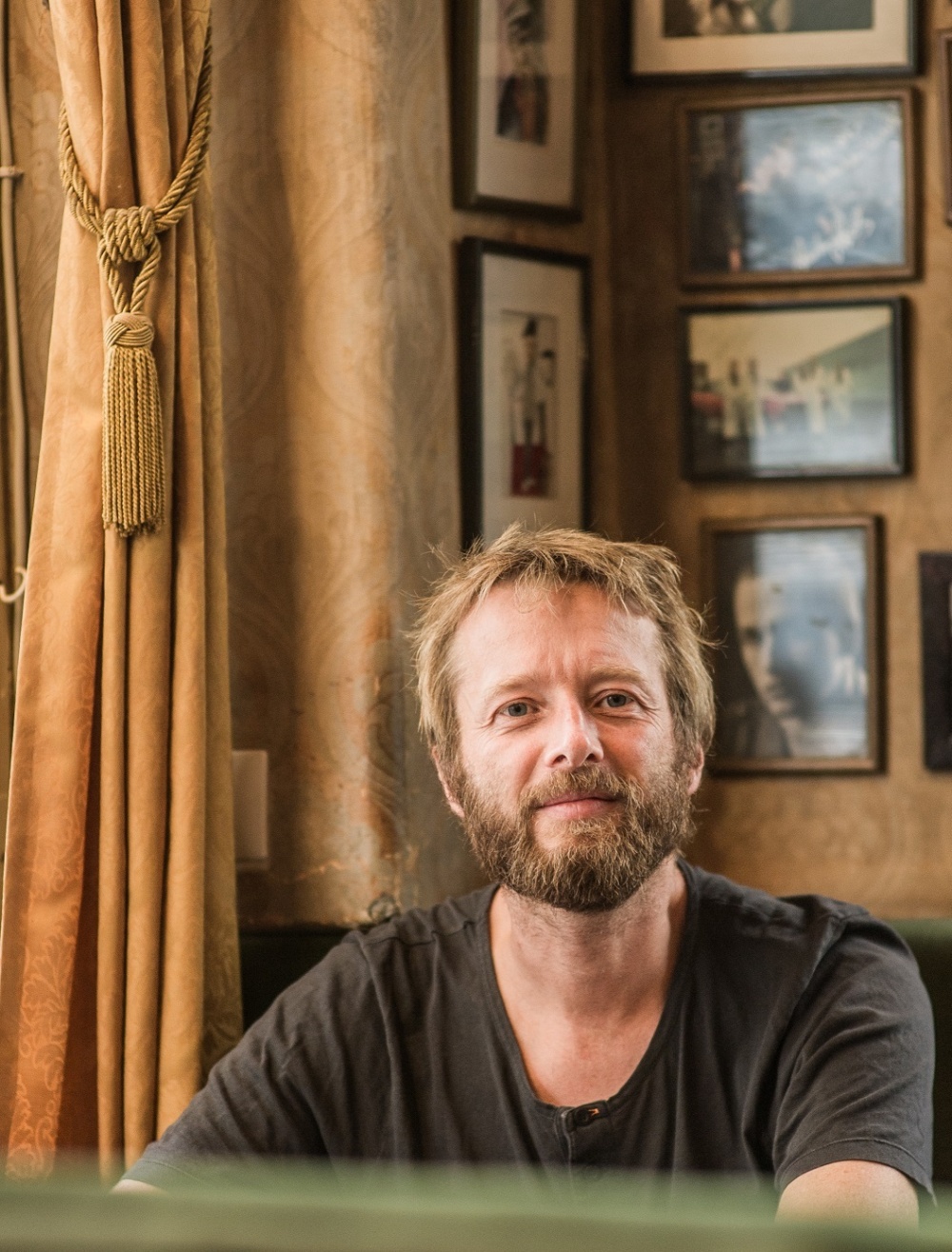 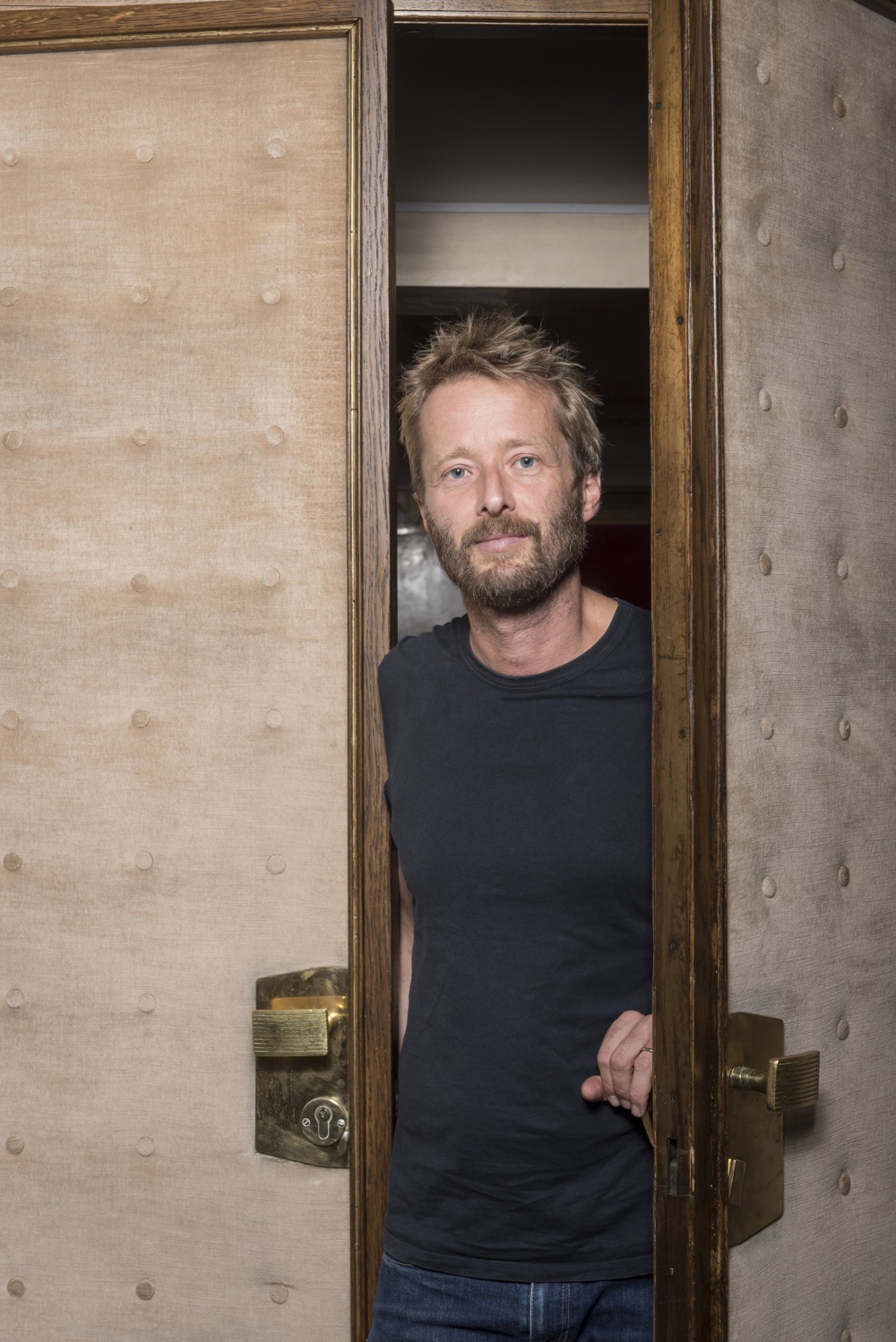 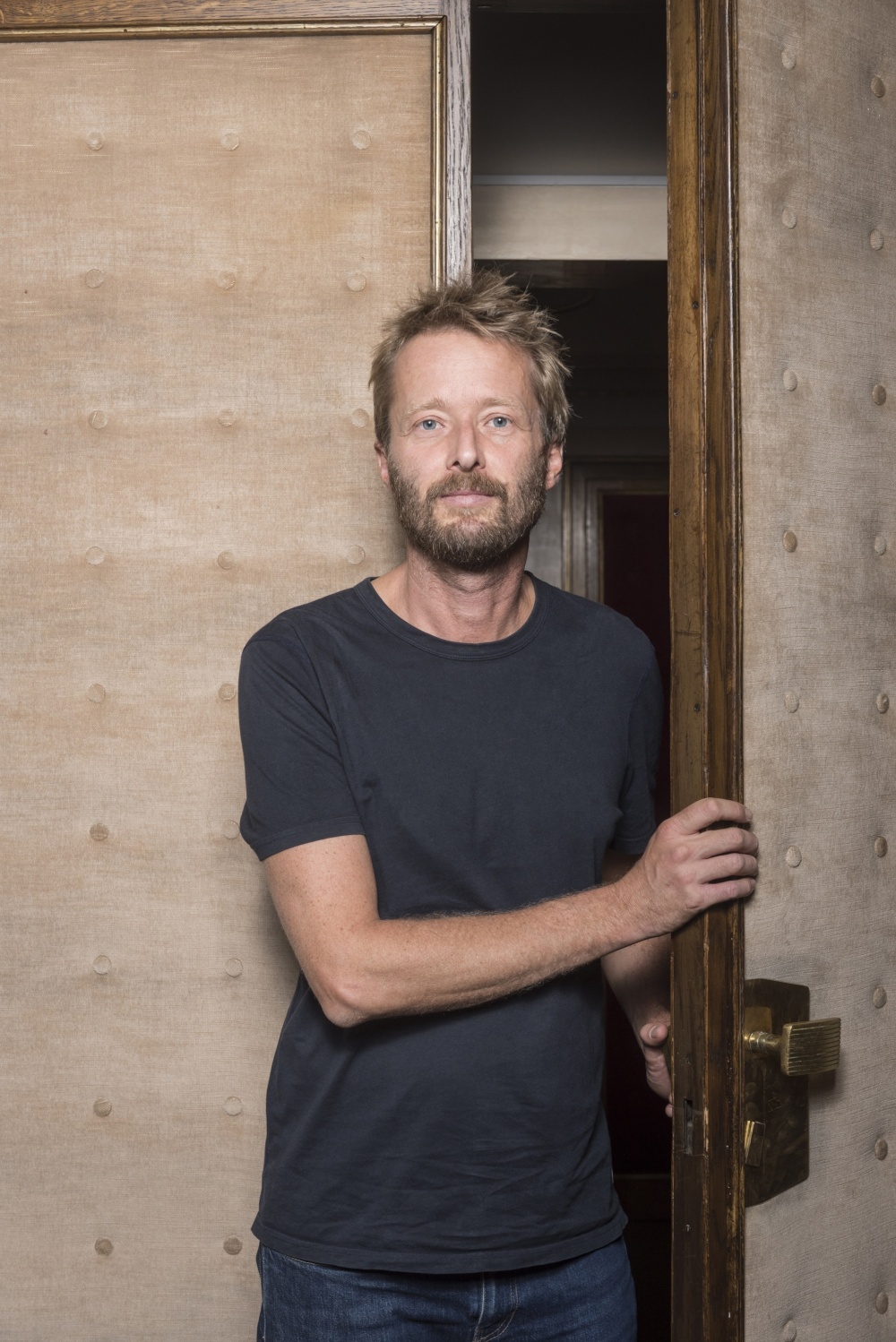 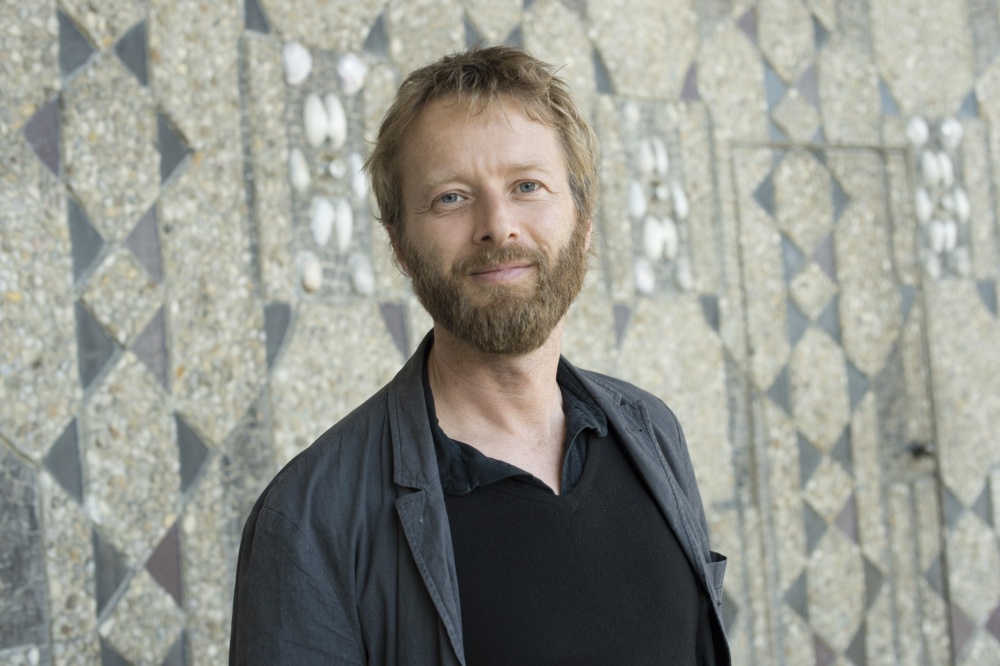 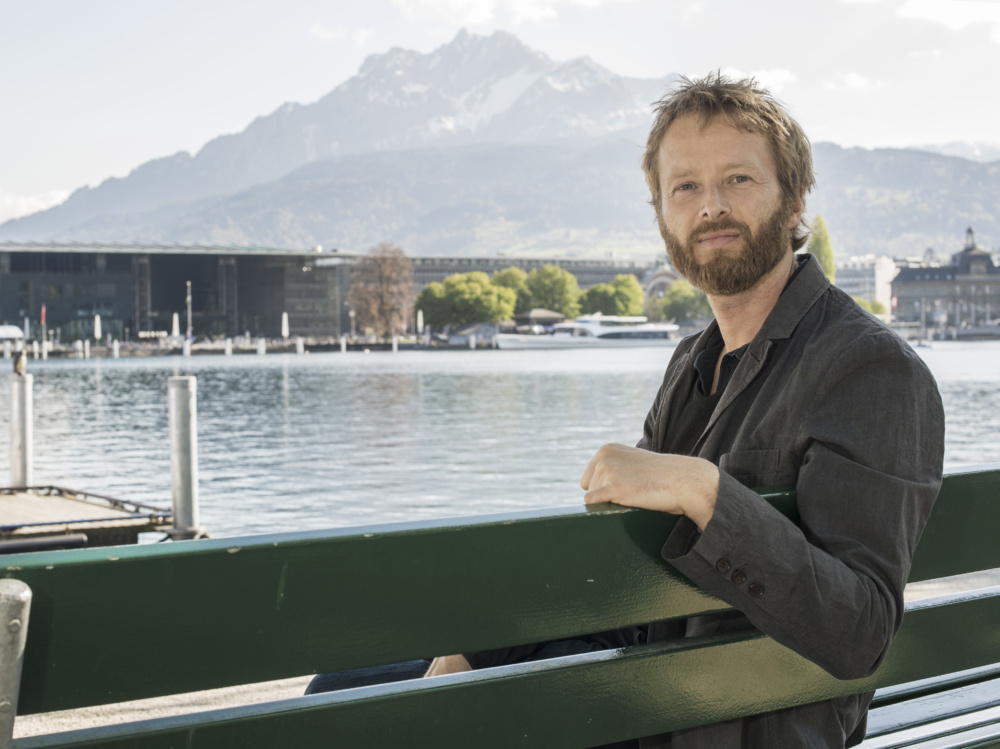