The Gaechinger Cantorey is ... an experience. In the Great Hall there was a particular highlight, wrote Marcus Stäbler in the Hamburger Abendblatt about the Elbphilharmonie debut a year ago: The performers spellbind, and the Great Hall works its magic with them... Hans-Christoph Rademann sculpts the mood changes of the [Nelson] Mass vividly and grippingly. With the 36 singers of his brightly attentive choir, with whom he fans out a wide palette of dynamic shadings and finds enchanting colors again and again. With the no less strong orchestra of the Gaechinger Cantorey, which plays transparently and vibrantly on historical instruments.

On 29 January 2023, the artists will return to Elbphilharmonie Hamburg with Johann Sebastian Bach's St John Passion. First performed 299 years ago, it remains one of the most poignant yet effective works in music history. The Gospel account of Christ's suffering and death is presented here in an extremely moving manner. Thus, the work is able to give consolation and confidence to engage us in a still highly imperfect world in which violence and injustice persist.

The conductor Hans-Christoph Rademann is an exceptionally versatile artist with a wide-ranging repertoire, who devotes himself with equal passion to the performance and rediscovery of early music and to the premiering and promotion of contemporary music.

Born in Dresden and raised in Schwarzenberg in the Ore Mountains (Saxony), he was influenced from an early age by the great Central German tradition of music and church music directors. He was a pupil at the Kreuzgymnasium with its rich tradition, a member of the famous Kreuzchor, which celebrated its 800th anniversary in 2016, and studied choral and orchestral conducting at the Musikhochschule Dresden. During his studies he founded the Dresdner Kammerchor, developing it into a top international choir; he remains its director today.

Impressive evidence of the quality of this artistic collaboration is the highly-acclaimed recording of the Complete Works of Heinrich Schütz with the Stuttgart Carus-Verlag label completed in 2018.

Hans-Christoph Rademann works with leading choirs and ensembles of the international concert scene. From 1999 to 2004 he was chief conductor of the Norddeutscher Rundfunk Chorus, and from 2007 to 2015 chief conductor of the RIAS Kammerchor. Regular invitations as a guest conductor take him to the Collegium Vocale Gent, Akademie für Alte Musik, Freiburg Baroque Orchestra, Concerto Köln, Rotterdam Philharmonic, Sächsische Staatskapelle Dresden, etc.

Since June 2013 Hans-Christoph Rademann has been Academy Director of the Internationale Bachakademie Stuttgart. He has received numerous prizes and honours for his artistic work. These include the Johann Walter Medal of the Saxon Council of Music t (2014), the Saxon Constitutional Medal (2008), the Patrons’ Award and Art Prize of the City of Dresden (1994 and 2014). He has received many awards for his numerous CD recordings including the German Record Critics’ Award (most recently in 2016), the Grand Prix du Disque (2002), Diapason d’Or (2006 & 2011), CHOC de l’année 2011, Best Baroque Vocal Award 2014. Furthermore he has been awarded the Prize of European Church Music from the City of Schwäbisch Gmünd in July 2016.

Most recently, in September 2018, he has received the newly created International Heinrich Schütz Award for his exemplary interpretation and recording of the complete works of Heinrich Schütz.
Hans-Christoph Rademann is Professor of Choral Conducting at the Musikhochschule Carl Maria von Weber in Dresden. He is also Artistic Director of the Erzgebirge Music Festival, an ambassador for the Ore Mountains region and patron of the Christian Hospice Service Dresden.

As Bach ambassadors they had performed for several decades as the Bach-Collegium Stuttgart and Gächinger Kantorei Stuttgart under Helmuth Rilling. Now a newly-founded baroque orchestra and newly-constituted choir combine to form a superbly blended period ensemble. The aim is the development of a new ‘Stuttgart Bach style’, which embodies the hallmark of a Bachakademie of the future.

By deciding to have its own baroque orchestra and a choir formed of singers with practical, performing criteria in mind, the Bachakademie has forged a new path. The fundamental sound and unique international selling point of this new approach is reflected in the Bachakademie’s decision to commission a historical replica of a chamber organ by the legendary organ builder and contemporary of Bach, Gottfried Silbermann, recently discovered in 2013 in Seerhausen, Saxony. Its ideal baroque sound, true to the original, embodies the approach at the very heart of the newly formed ensembles.

The first successful steps on the route to a new ‘Stuttgart Bach style’ were the ensembles’ performances in 2017 at the Musikfest Stuttgart, Bach Week Ansbach, European Music Weeks Festival in Passau, Rheingau Musik Festival, Festspielhaus Baden-Baden and six concerts as part of a USA tour in Fort Lauderdale, Chapel Hill, Norfolk, Princeton, Los Angeles and Irvine. In 2018 the musicians of the Gaechinger Cantorey have performed in the Dresden Kulturpalast, the Bach church in Arnstadt and the Théâtre des Champs-Élysées Paris. Furthtermore they have toured South America with six concerts, and in June they have payed a visit to the Bachfest Leipzig to perform in a prominent ‘Cantatas ring’ (with conductors including Masaaki Suzuki, Ton Koopman and Sir John Eliot Gardiner).

The debut CD of the newly constituted Gaechinger Cantorey ‘Erhalt uns, Herr, bei Deinem Wort’ with Reformation cantatas by J.S. Bach was released in May 2017 by the Carus label in Stuttgart. The critics were enthusiastic: ‘The Gaechinger Cantorey with its new forces and direction is right up at the top amongst the ranks of German baroque ensembles’. (kulturradio on rbb)

After the new recording of Bach's Christmas Oratorio, which was released in October 2018, two further CD recordings with the Gaechinger Cantorey under the baton of Hans-Christoph Rademann have been released in April 2019: a programme with Bach cantatas (from the Stadtkirche St. Wenzel with the original Hildebrandt organ) by accentus music, as well as Handel's Utrecht Te Deum and Jubilate by Carus-Verlag in Stuttgart. A recording of the rarely performed fourth version of Bach's St. John Passion is scheduled for summer 2019.

The Gaechinger Cantorey, with its new line-up and focus, is at the top of the list of German baroque ensembles.

Hans-Christoph Rademann, with his transformed and streamlined Gaechinger Cantorey, is currently one of the most skilled conductors of seventeenth- and eighteenth-century repertoire. 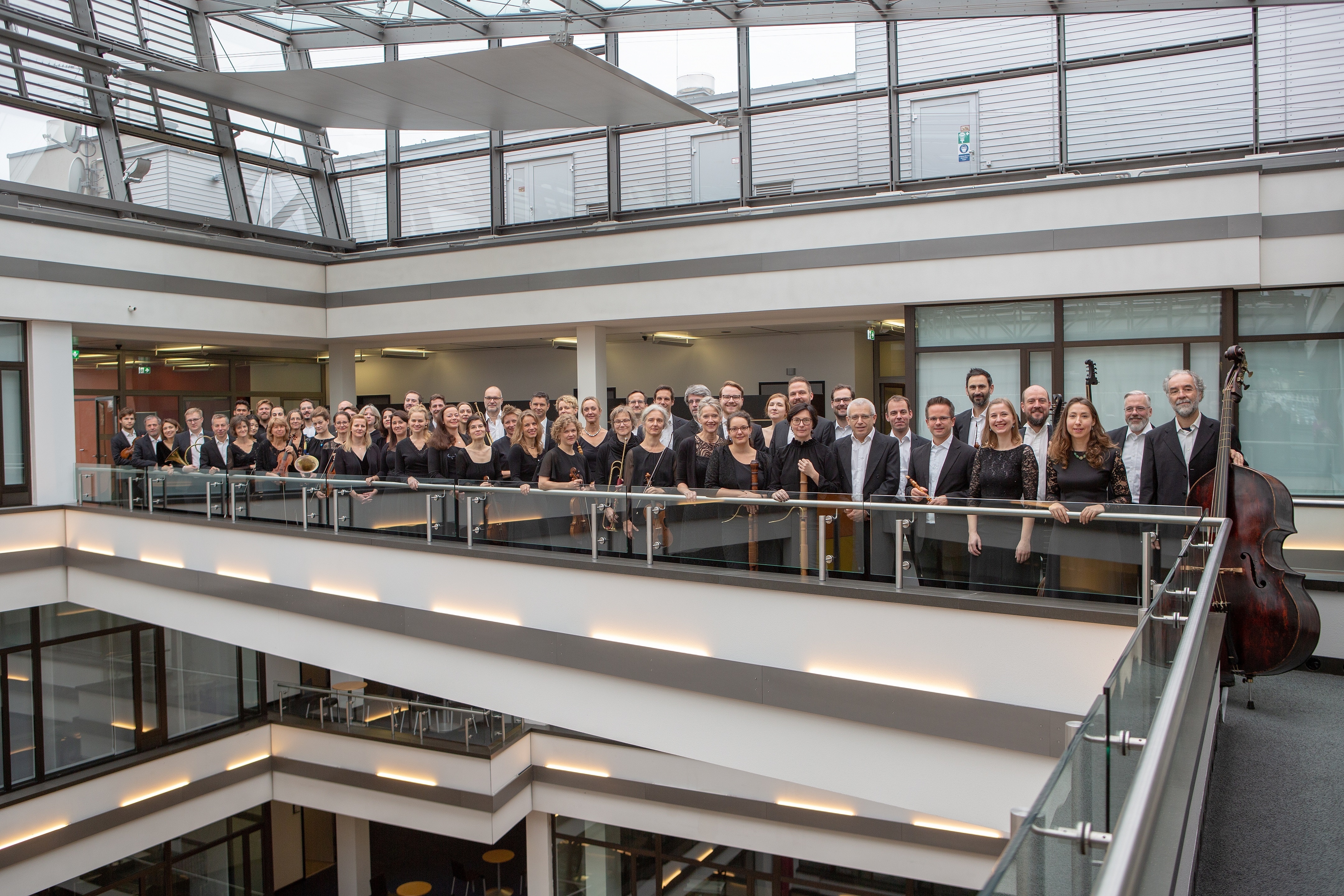 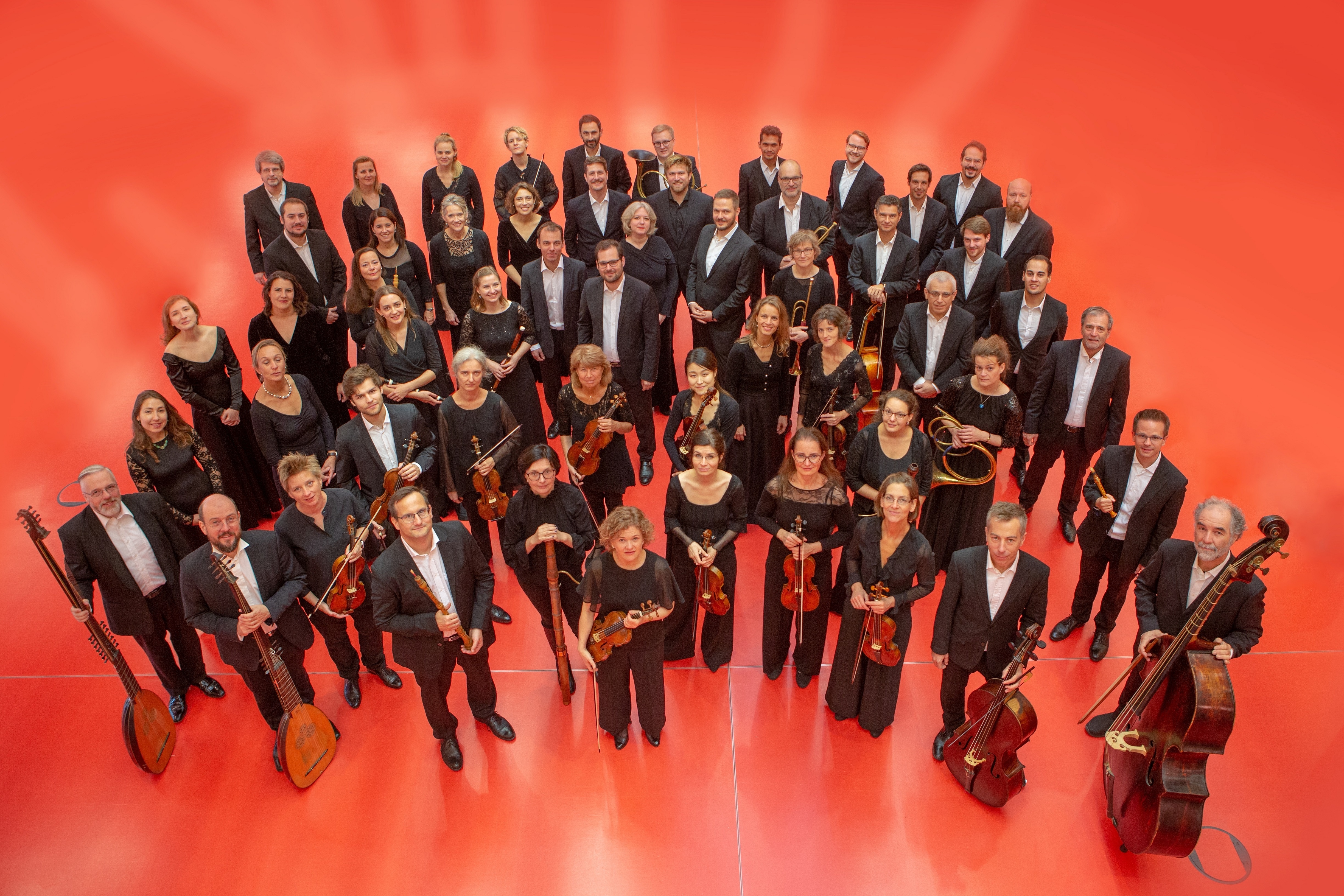 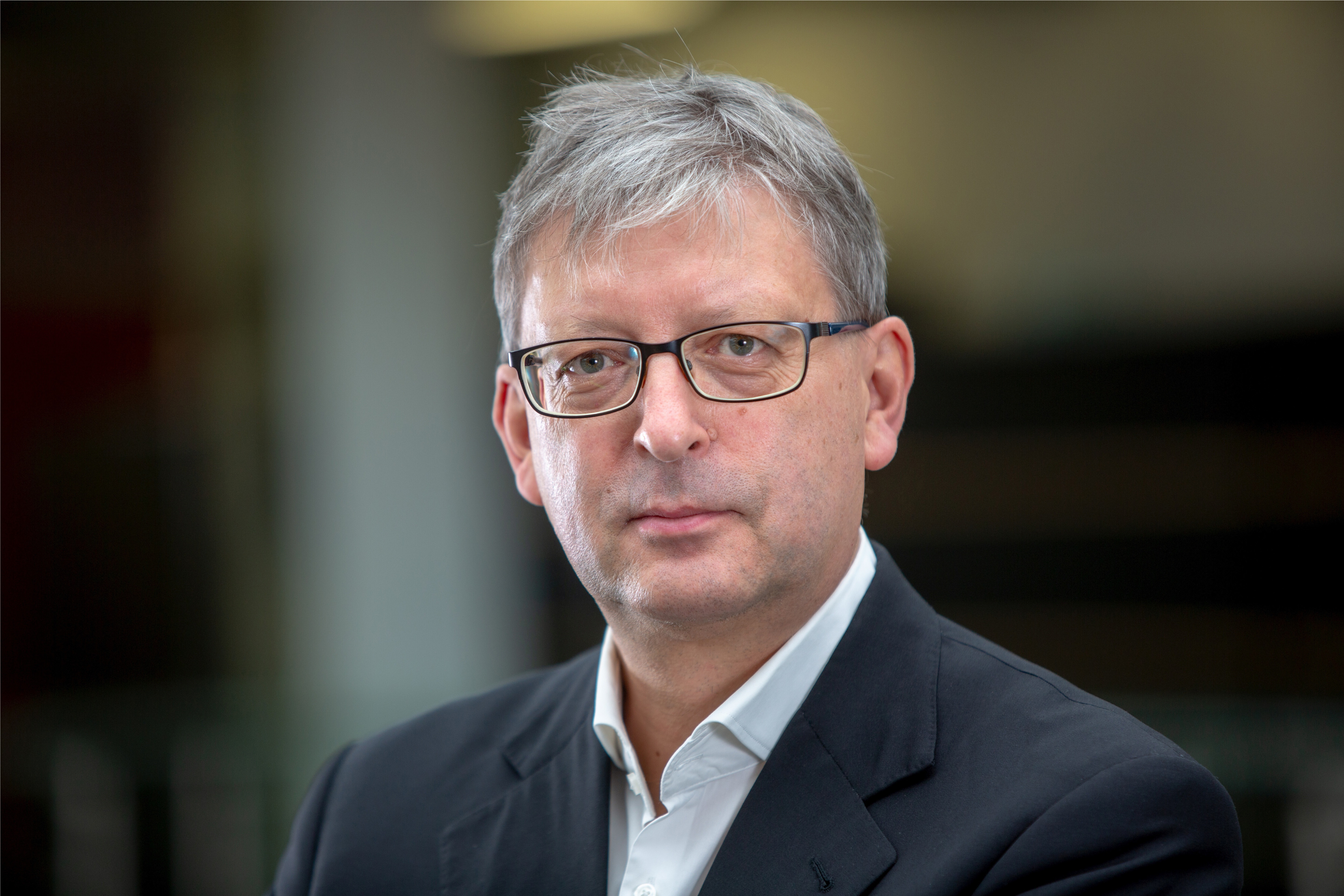 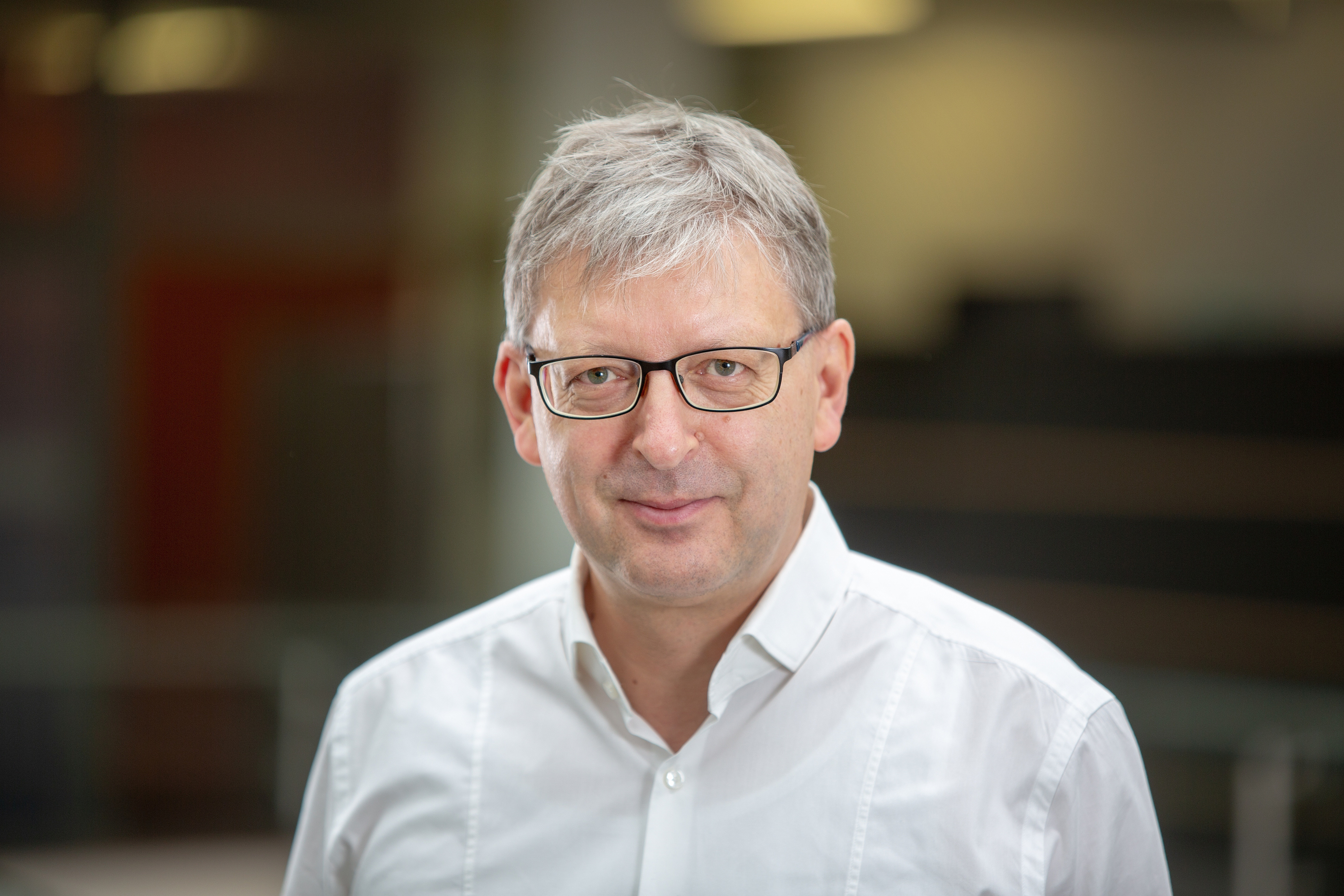 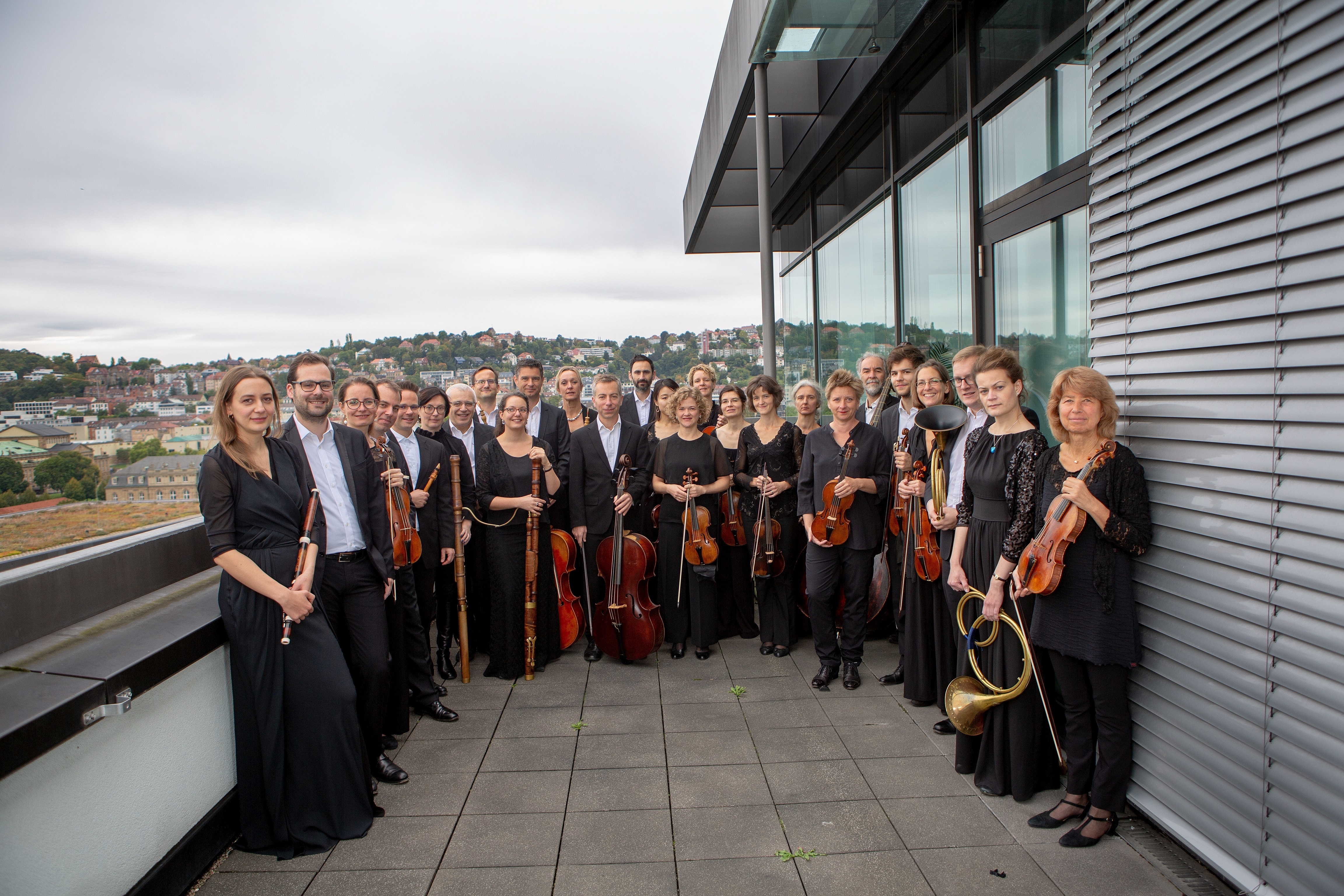 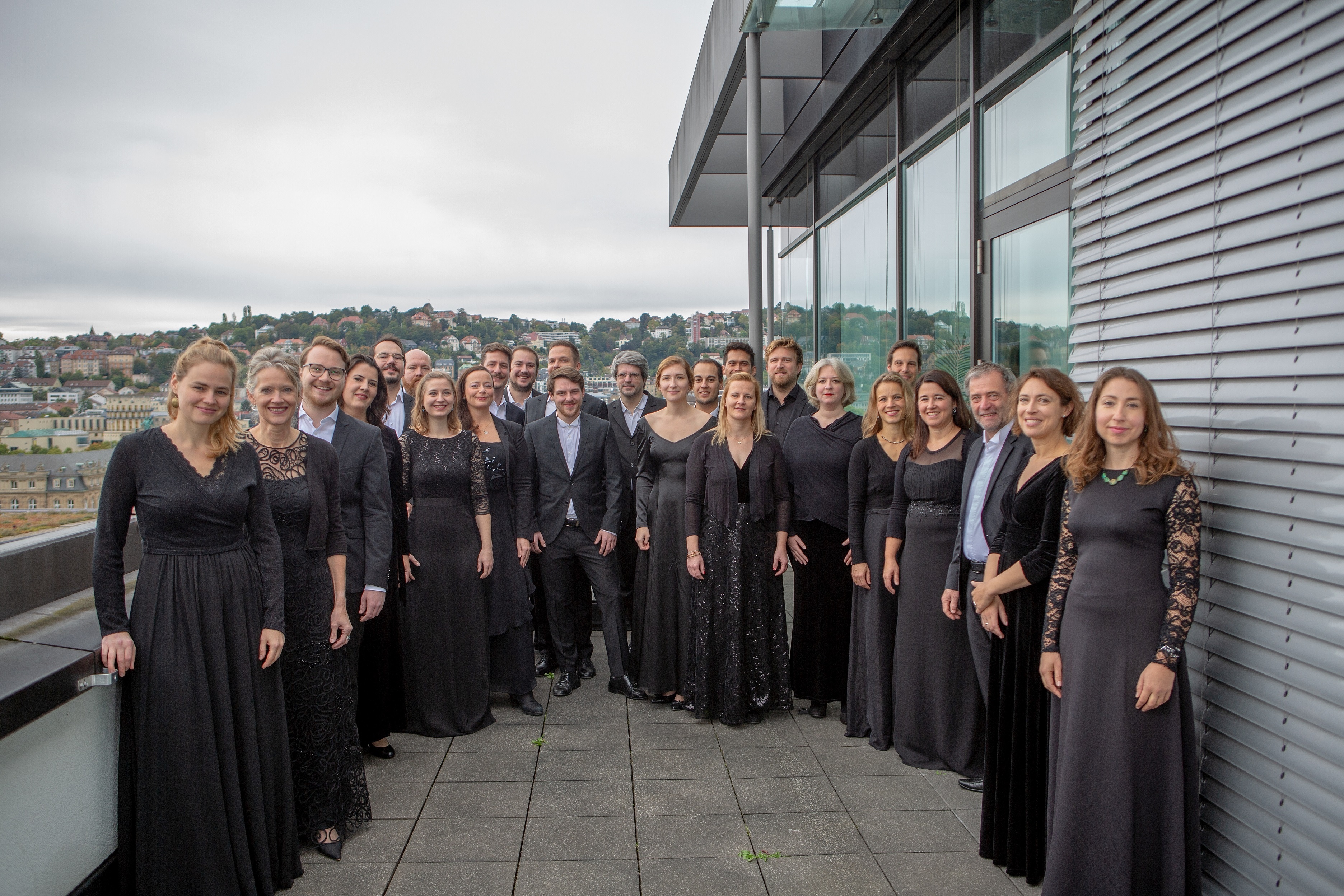