Coming to Berlin from London, Karsten Witt and Marie-Annick Le Blanc move into two offices in the Engelbeckenhöfe in Kreuzberg at the beginning of the year as subtenants of Hermann Pölking-Eiken. In April, Maike Fuchs and Xenia Groh-Hu complete the team.

Karsten Witt Musik Management GmbH is formally founded in May.

First tour with the Deutsche Symphonie Orchester and the Windsbacher Knabenchor to Sofia. In the years following, in cooperation with Deutsche Welle, further tours with the DSO to Bucharest (2005 with Kent Nagano), Warsaw (2006), Belgrade (2007 with Jonathan Stockhammer and Tabea Zimmermann), Sibiu (2007 with Andrew Manze), Athens (2008 with Brad Lubman), Riga and Vilnius (2008 with Ingo Metzmacher)

First guest tour with the Zurich Ballet and Heinz Spoerli to Taipei (together with Shaksfin Asia). Tours to Athens (2007/2009) and Essen follow. 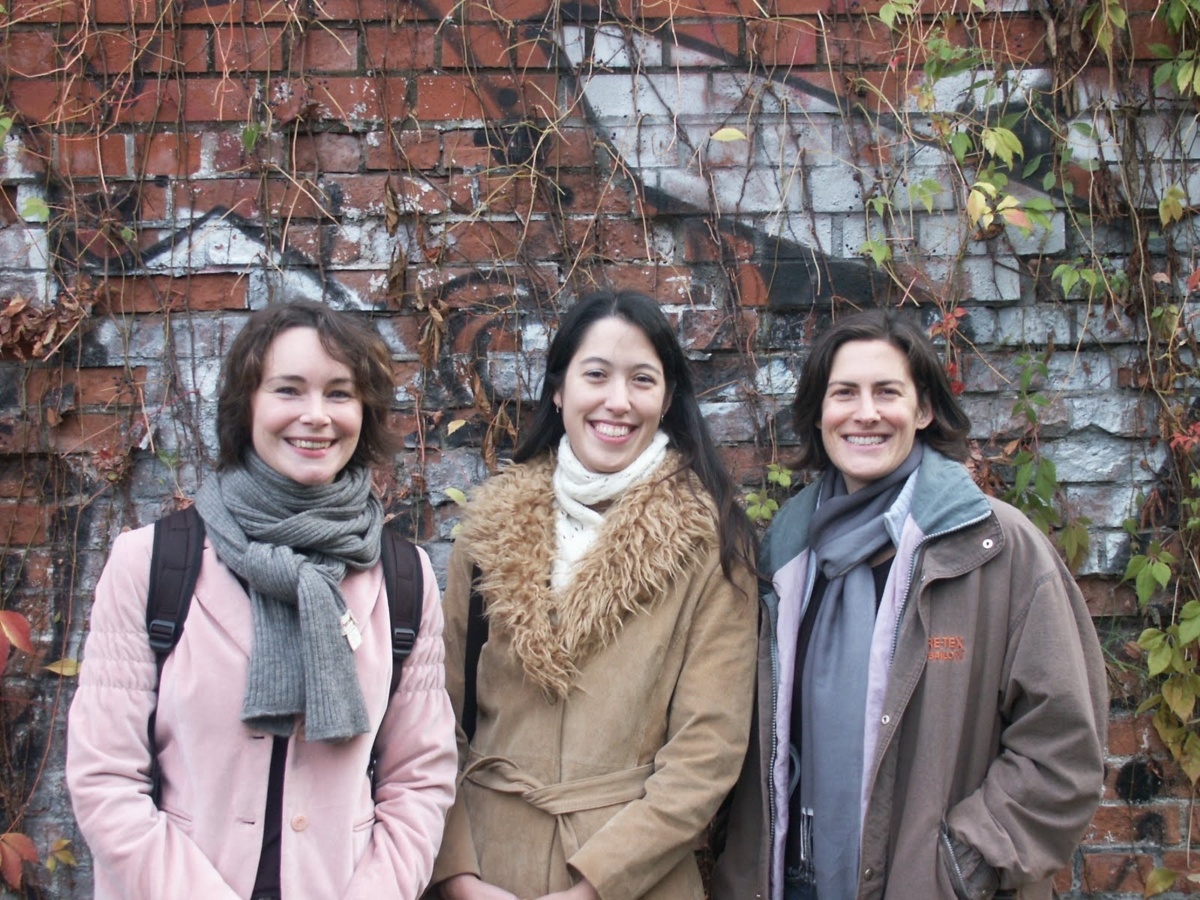 Karsten Witt Musik Management takes over half of the office space from Hermann Pölking-Eiken, who has given up his company. The remaining space in the front part of the building is occupied by the Berliner Landesbibliothek.

György Ligeti dies on June 12. On June 26, the funeral takes place, followed by a memorial service in the Wiener Konzerthaus.

György Kurtág celebrates his 80th birthday this year – as does Friedrich Cerha. Over the course of the year, we oversee the extensive touring he undertakes to mark the occasion alongside his wife, Márta – with the two of them most often playing together on two pianos.

We also carry out our first self-produced concert at the Berliner Philharmonie: Gogo no eiko by Hans Werner Henze, the new Japanese version of the opera "The Betrayed Sea," which premiered at the Salzburg Festival shortly before, under the direction of Gerd Albrecht.

The annual composers' festival at the Konserthuset Stockholm is also dedicated to Hans Werner Henze. 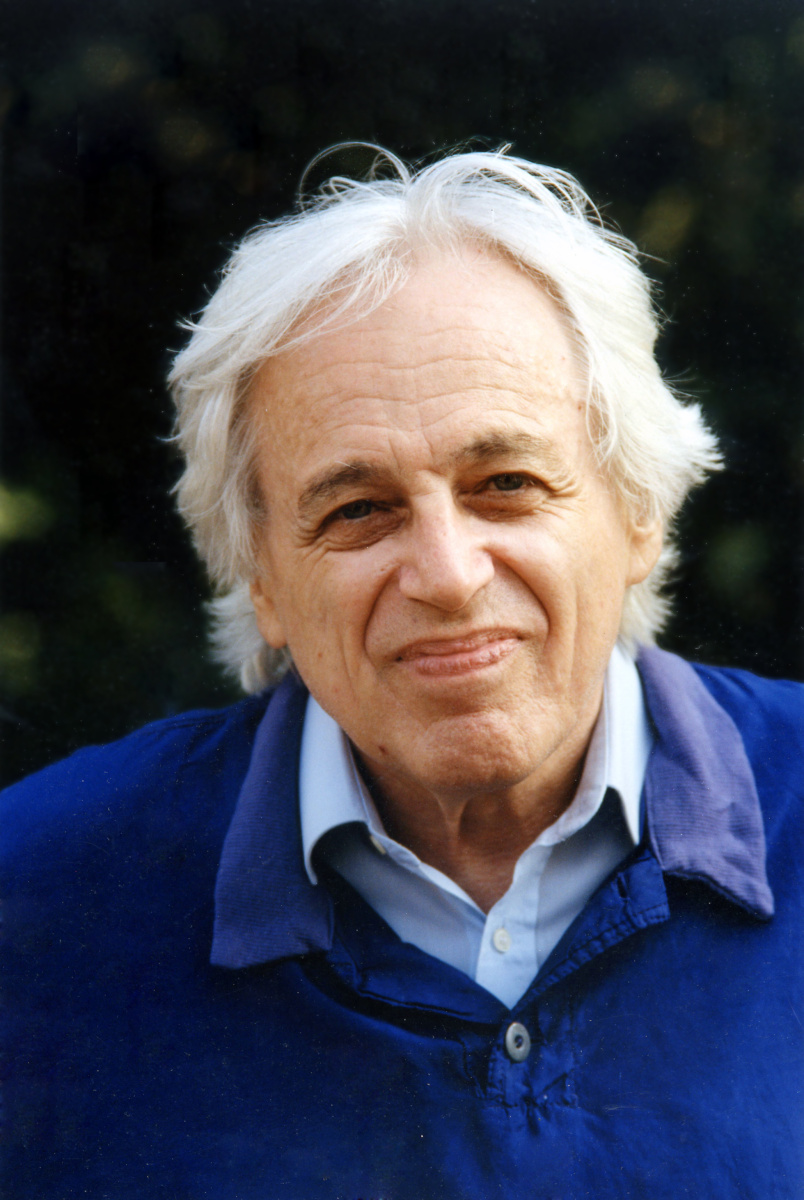 Tour with the Gürzenich Orchester under Markus Stenz to Athens, Thessaloniki, Vienna and Amsterdam

Together with Shaksfin Asia: realization of the interactive dance and music project Rites/Sacre by Klaus Obermaier with the Ars Electronica Future Lab at the Royal Festival Hall London and at the Aarhus Festival. In the following years, performances in Poznan (2008), Taipei (2009), Hamburg/Birmingham/London (2011), Beijing, Budapest (2013), and Houston (2018) 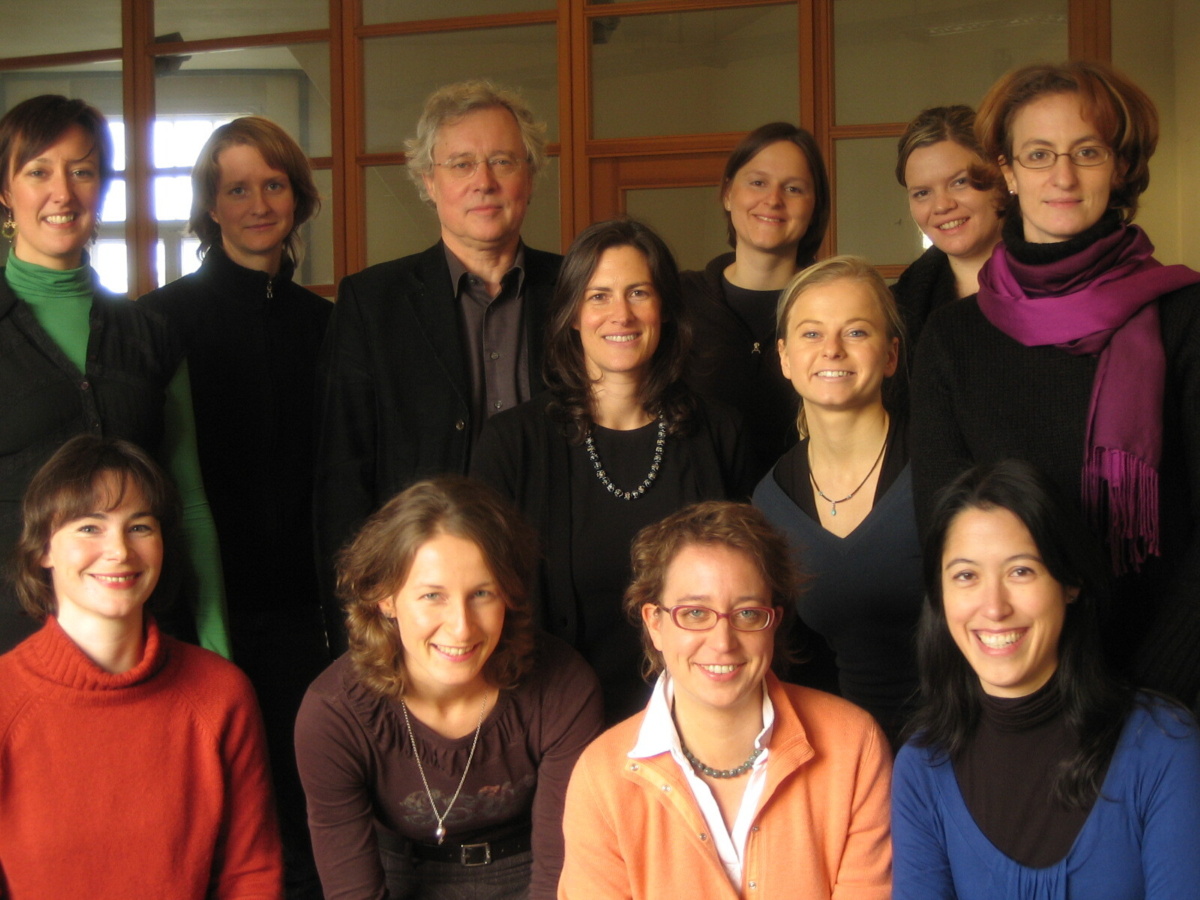 Tours with the RSO Stuttgart under Roger Norrington to the Salle Pleyel, Paris and to Spain

Beginning of collaboration with Cloud Gate Dance Theatre under its founding director Lin Hwai-min: guest performance at the Megaron in Athens (Moon Water).

Founding of the non-profit CLSX.de-Partner für Musik to organise our own concerts and events, with Sabine Zahn and Karsten Witt as managing partners. After Sabine Zahn's departure in 2016, Karsten Witt becomes the sole proprietor.

Realisation of our own concerts at the Royal Festival Hall London and the Berliner Philharmonie as part of a tour of the RSO Stuttgart on the occasion of Roger Norrington's 75th birthday, which also leads to Luxembourg, Vienna, Thessaloniki, and Athens

Further tours with the RSO Stuttgart under Roger Norrington to Krakow, Warsaw, and Riga 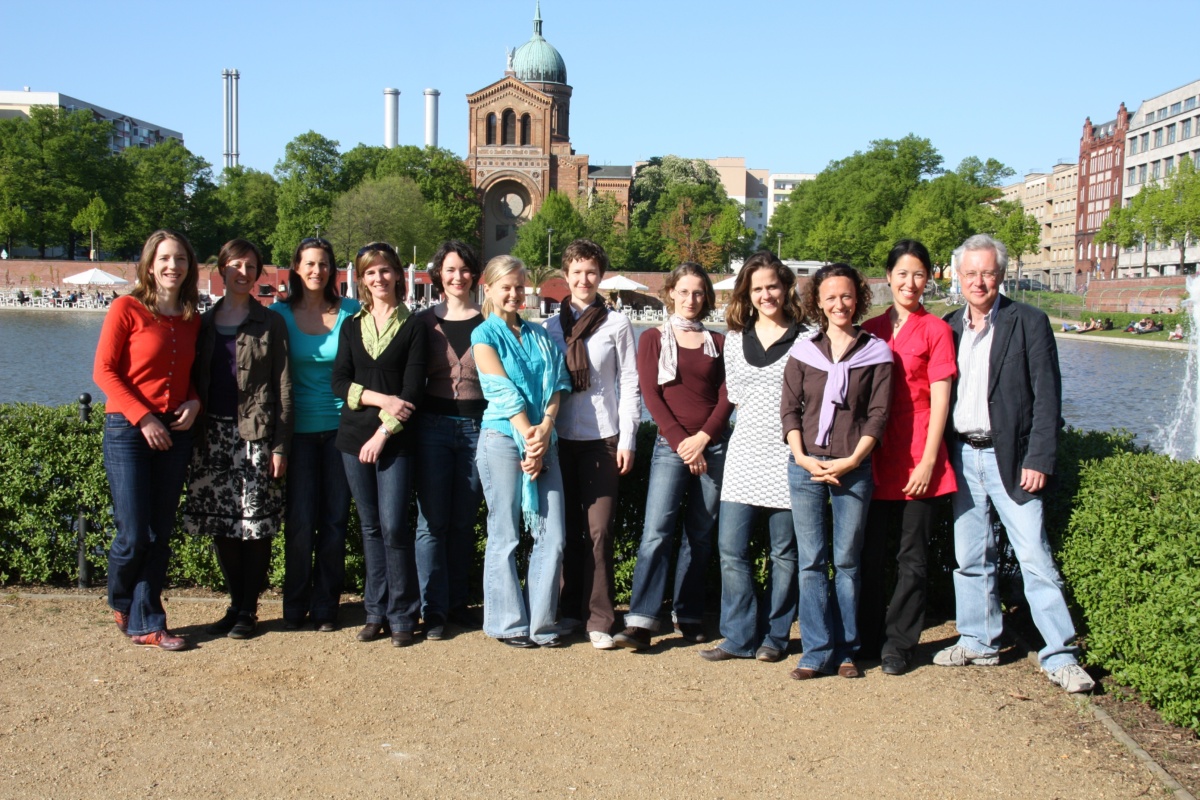 After the Landesbibliothek moved out, the company took over the entire office space originally used by Hermann Polking-Eiken. A new kitchen and lounge are built in the unused space by the stairwell.

We begin a training program for two volunteers a year who commit to working with us for one year and who get an insight into different areas of the work in return. The majority are then hired on to the company.

At Ruhr2010, Hans Werner Henze experiences an exceptionally comprehensive presentation of his oeuvre.

First European tour of the Seoul Philharmonic Orchestra under Myung-Whun Chung to Italy, Germany, the Czech Republic, and Russia. In this context, we organize our own concerts in the Konzerthaus Berlin and in the Rudolfinum in Prague

Maike Fuchs begins overseeing the Commissioning Scheme of the Wigmore Hall, for which she acts as a consultant till 2016.

Marie-Annick Le Blanc leaves the management and begins an apprenticeship as a ceramist. She remains however with the company as a partner in the GmbH. Maike Fuchs and Xenia Groh-Hu are appointed managing directors.

Tours with the Czech Philharmonic Orchestra under Eliahu Inbal to Paris, Cologne, Luxembourg, Rotterdam, and Athens

Tour with the RSO Stuttgart under Stéphane Denève to Italy, Austria, and Berlin 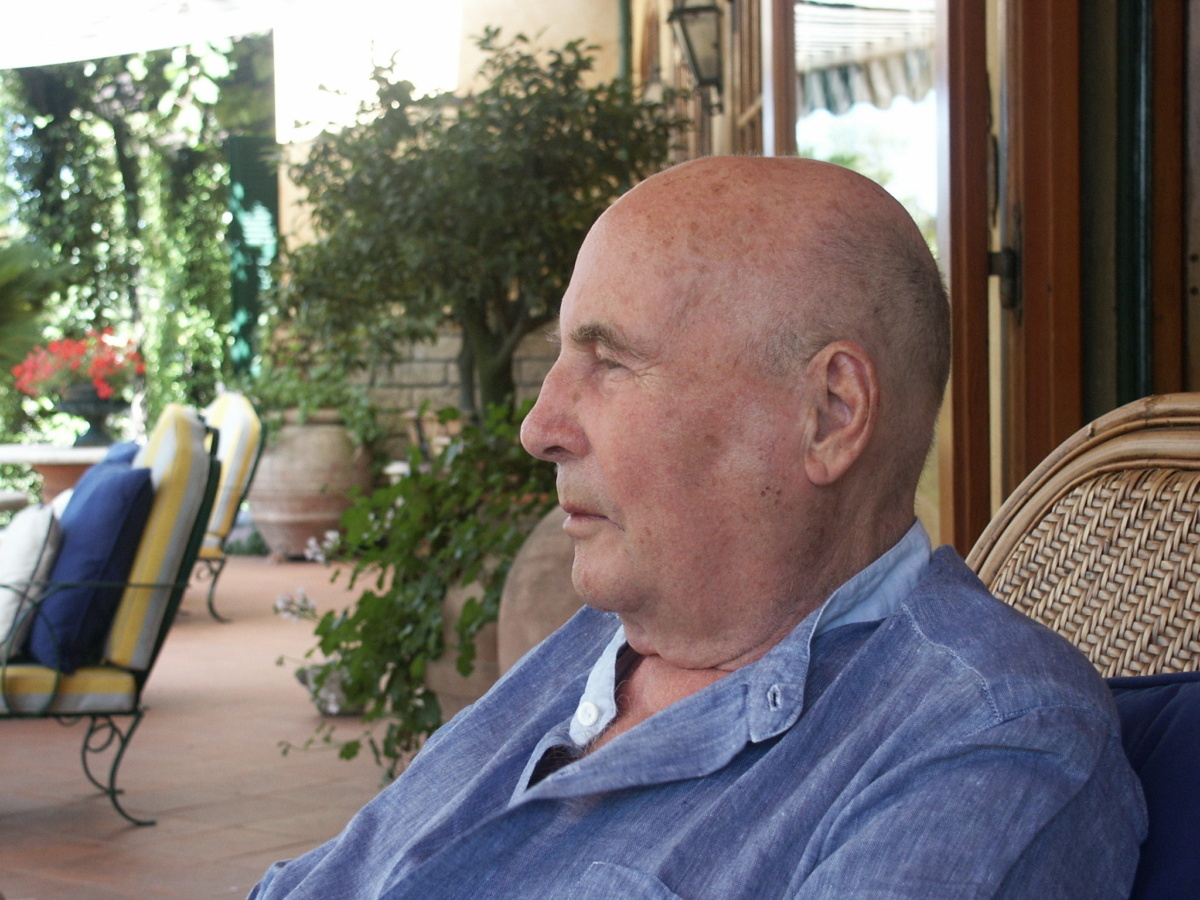 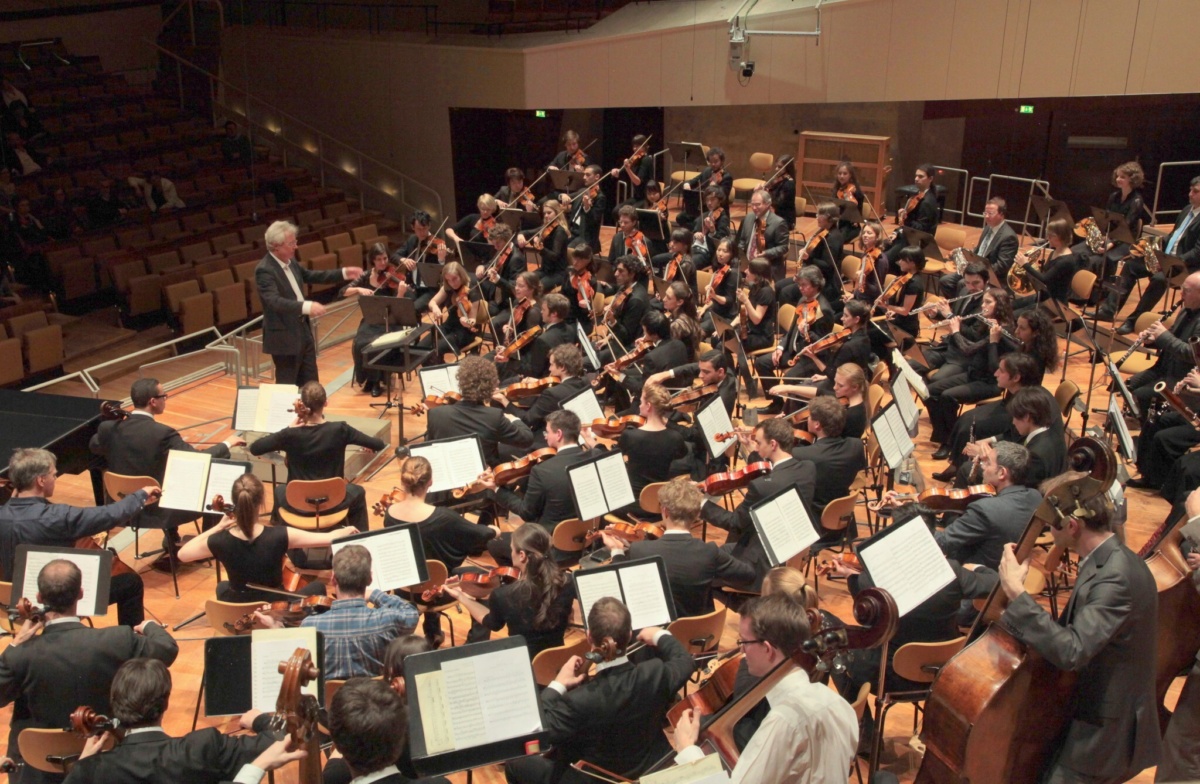 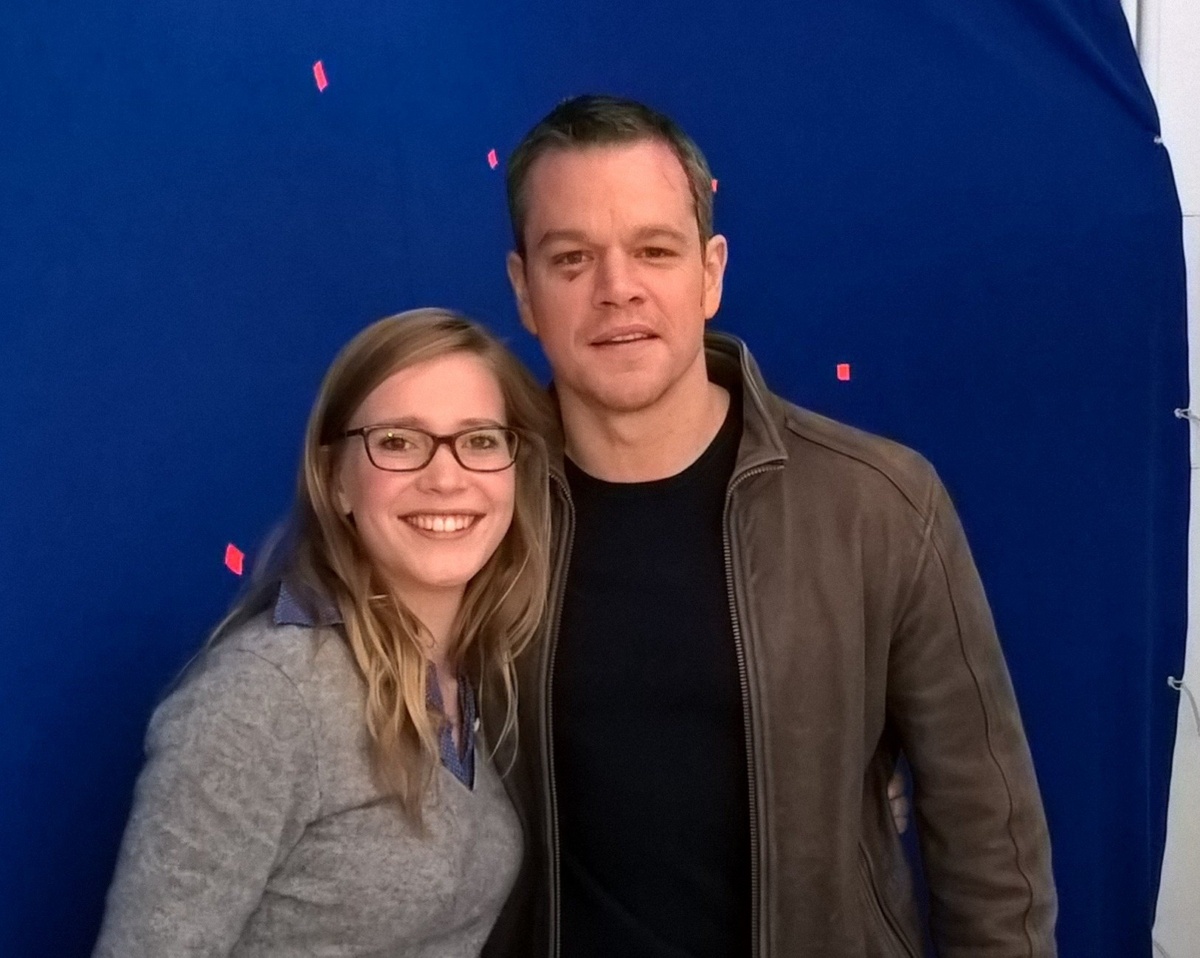 Doreen Lutz, née Habicht, moves to Innsbruck, where she found her own agency for singers and continues to work with Salome Kammer and Tora Augestad.

Tour with Sasha Waltz and Guests to Hong Kong: performances of Toshio Hosokawa's opera Matsukaze at the New Vision Festival at the Hong Kong Cultural Centre (together with Shaksfin Asia)

Tour with the Ural Philharmonic Orchestra under Dmitry Liss with Dmitry Hvorostovsky to Budapest (Palace of Arts), Vienna (Konzerthaus), and elsewhere

Realisation of our own events with Le Concert Olympique in the Kammermusiksaal of the Berliner Philharmonie as part of a tour that also includes Ludwigsburg and the Vienna Konzerthaus. Henceforth we organise two tours a year, including concerts in Berlin. 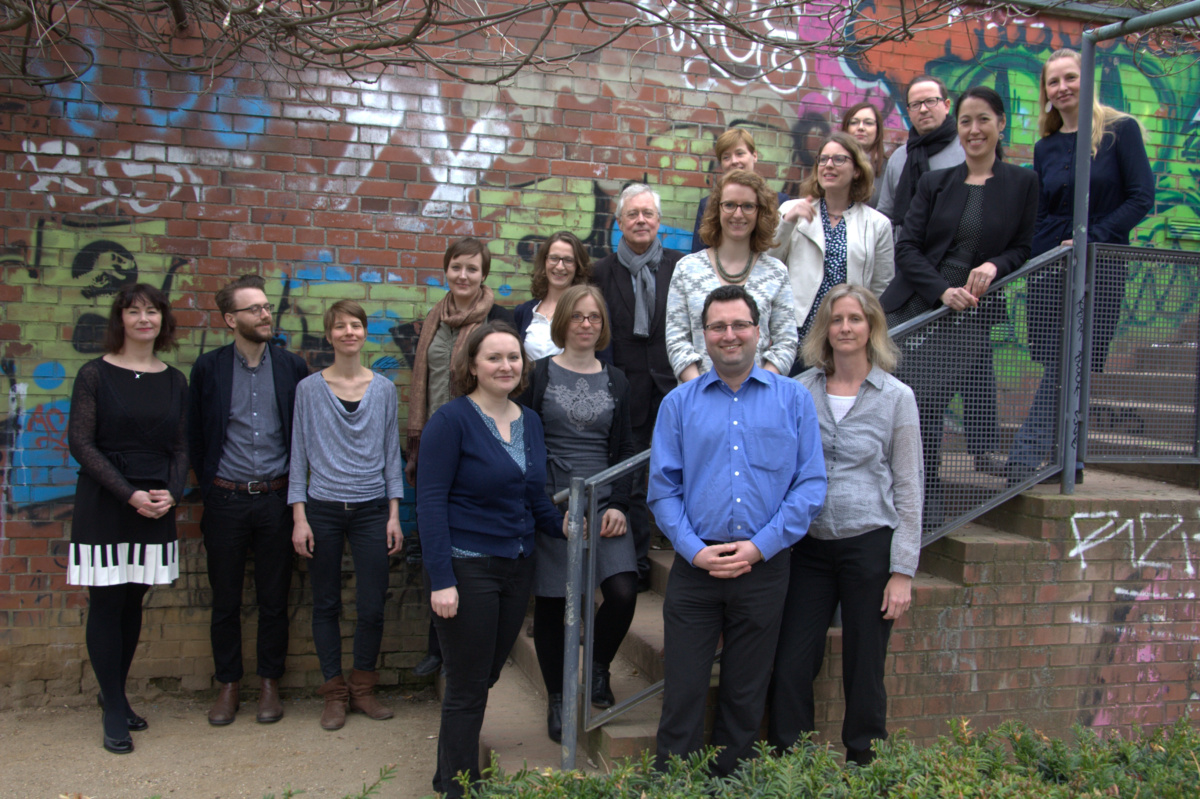 Realisation of the debut concert of the Ural Philharmonic Orchestra under Dmitry Liss at the Berlin Philharmonie as part of a tour with Olga Peretyatko to Essen, Linz, Vienna, and other cities 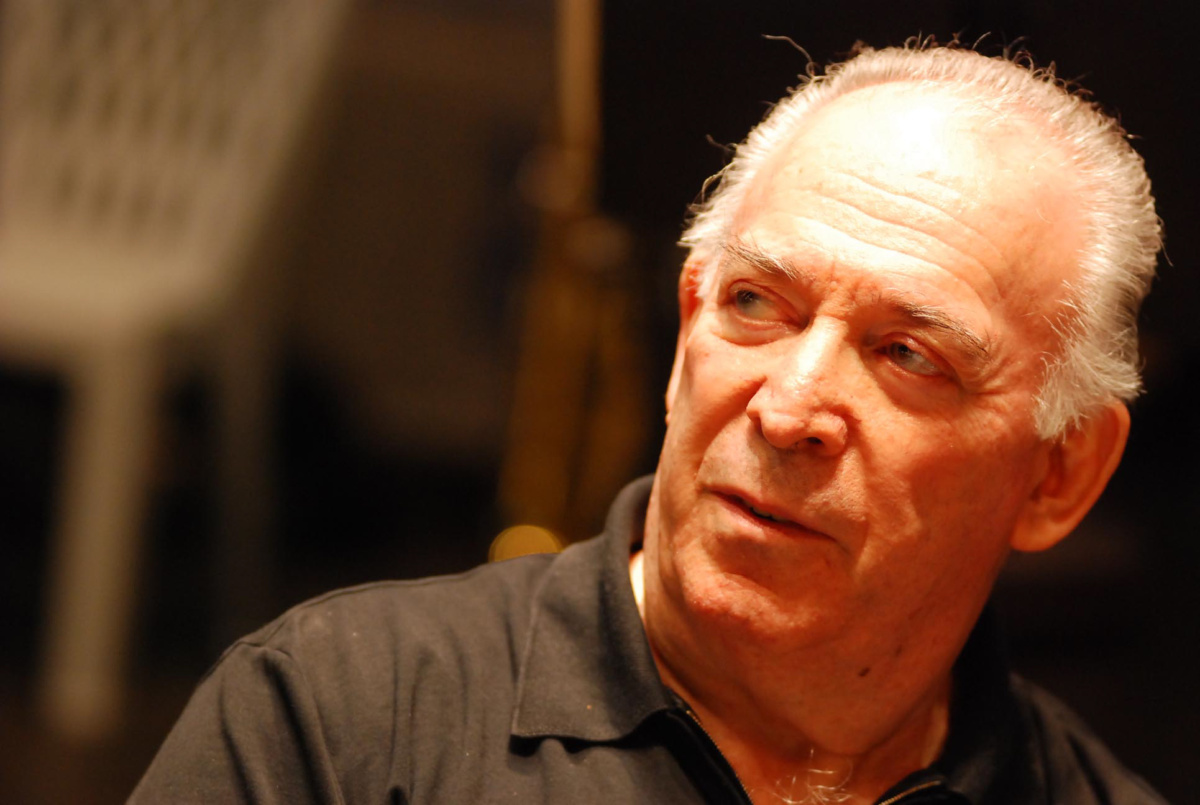 Realisation of concerts with Yuri Bashmet and the Youth Symphony Orchestra of Russia and the Moscow Soloists as part of the Russian Seasons in the Berlin Philharmonie, and the Elbphilharmonie Hamburg

Russian tour with the Seoul Philharmonic Orchestra under Markus Stenz to St. Petersburg, Yekaterinburg, and Moscow

Tour with the Ural Philharmonic Orchestra and the Yekaterinburg Philharmonic Choir under Dmitry Liss to Graz, Vienna, Luxembourg, Leverkusen, Hamburg. In this context a concert in the Glocke Bremen featuring Antje Weithaas as soloist is also organised. 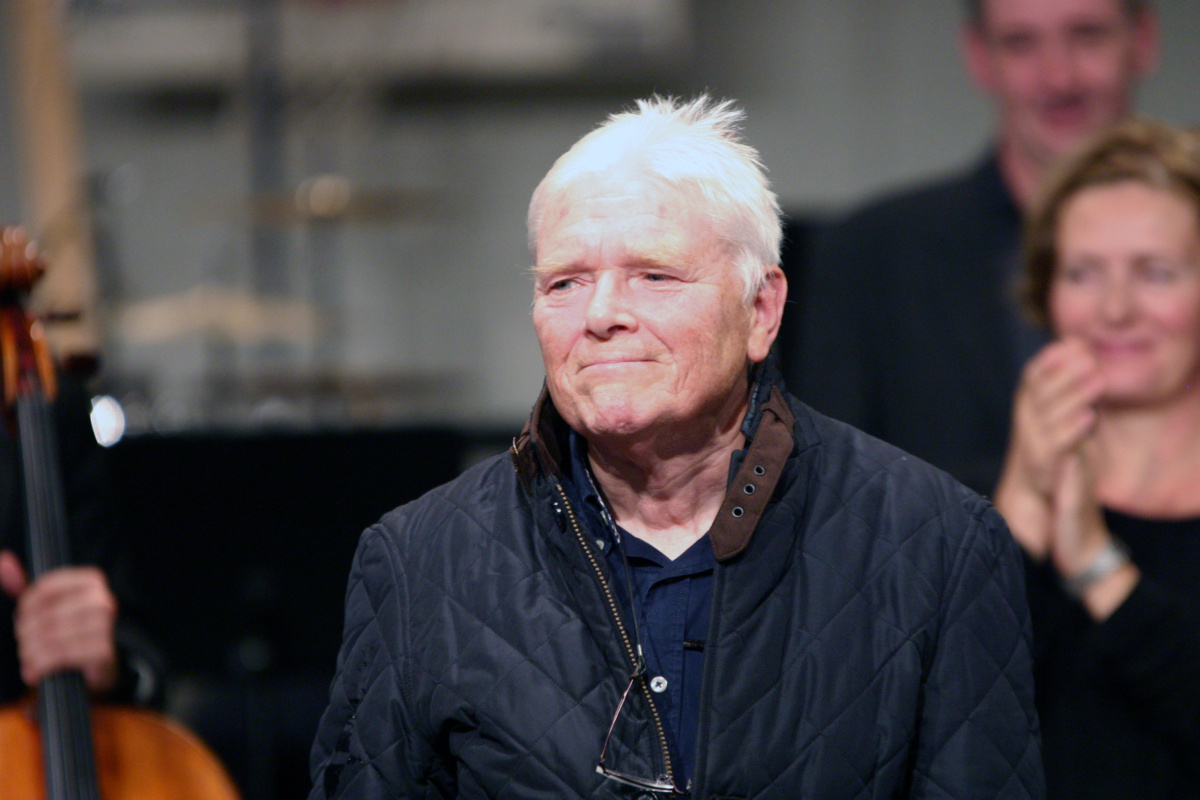 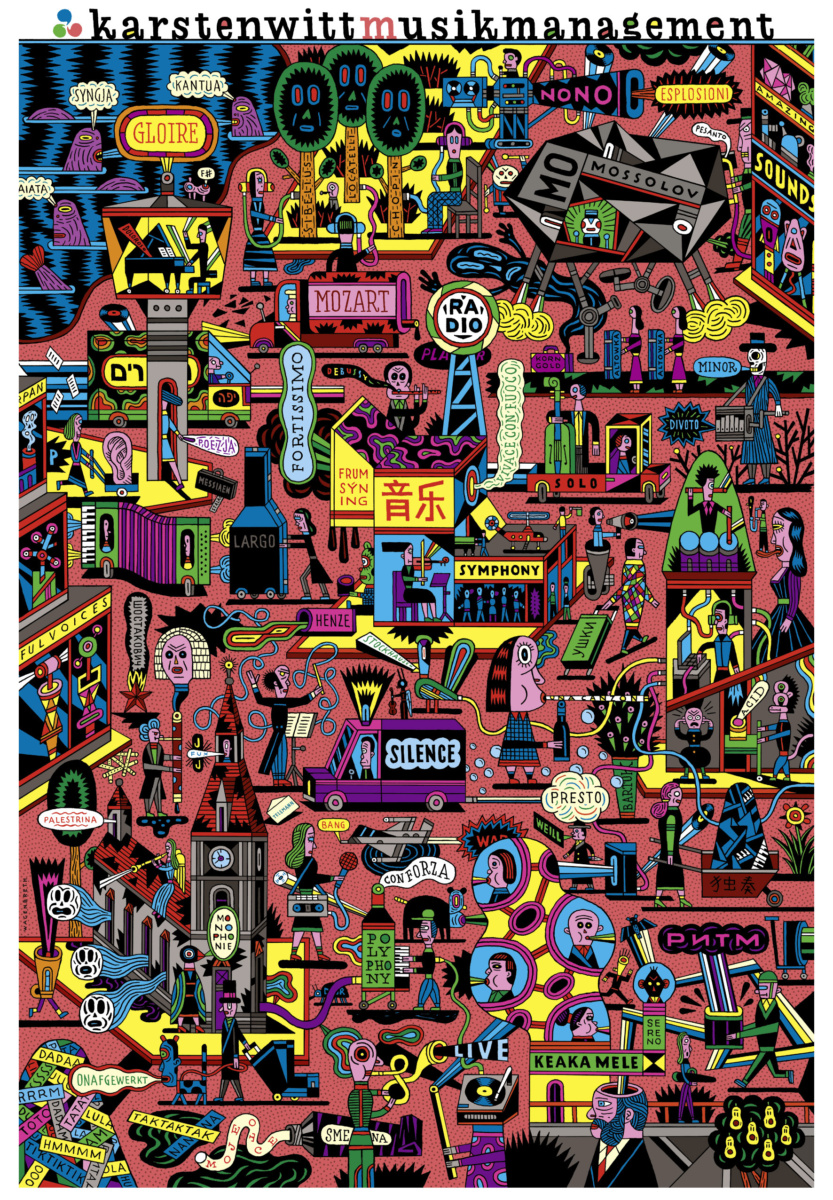 The cover of the 15th anniversary edition of our magazine, 2019

Tabea Zimmermann receives the Ernst von Siemens Music Prize. Due to Corona, however, the award ceremony will not take place until a year later at the earliest.

From mid-March, the pandemic brings public life to a halt. Most team members work remotely from home, and from April the entire team goes into Kurzarbeit. Worldwide, only a handful of live concerts take place. We are mainly busy rescheduling engagements and negotiating cancellation fees. Many artists begin new initiatives, including streaming performances from their living rooms and studios. From early June onwards, events are gradually being held again in new formats: no intermission, no concessions, shorter concerts, and new distancing rules for the auditoriums, stage and backstage areas.

Postponing to October of one of our own concerts, slated for April in the Kammermusiksaal of the Philharmonie with Le Concert Olympique within the framework of BTHVN2020, and from there to March 2021, and finally to November 2021.

Postponing of a concert to the following season, part of a new concert series in the Philharmonie originally slated for 2020/21, featuring 20th-century orchestral works

Realisation of recitals featuring Claire Huangci in the great halls of the Berlin Philharmonie and the Elbphilharmonie Hamburg at the end of October, shortly before the start of the second lockdown