Alejo Pérez debuts at the New National Theatre Tokyo with Richard Wagner's Tannhäuser on 28 January. The conductor can be seen in further performances until 11 February.

The chemistry is right: Alejo Pérez about his new position at the Opera Ballet Vlaanderen.

It would be wonderful to attend the performance twice and the second time around only look with one’s ears. The music under the Argentine conductor Alejo Pérez [...] was performed with intensity of the highest order. Jürgen Kesting, Frankfurter Allgemeine Zeitung

As a conductor, Alejo Pérez possesses an inherent stylistic awareness and the ability to bring every detail of the most complex score to life. This has consistently secured him a firm place on the international opera and concert scene.

In his role as music director, Alejo Pérez has been forming the sonic identity of the Flemish Opera since September 2019 - a theatre which has received much international recognition in recent years. There, he made strong appearances in new productions of Pelléas et Mélisande (directed by Abramovich, Cherkaoui), Lohengrin (David Alden), Don Carlos (Johan Simons), Schreker’s Schmied von Gent (Ersan Mondtag) and C(h)oeurs 2022 by Alain Platel. During the Flemish Opera’s 2022/23 season he will conduct new productions of The Rise and Fall of the City of Mahagonny (Ivo van Hove) and Tristan and Isolde (Philippe Grandrieux), as well as such symphonic masterpieces as Brahms’ Ein deutsches Requiem and Mahler’s Symphony No. 9.

In recent years, the conductor has appeared to great acclaim at the Salzburg Festival (including a performance of Gounod’s Faust with the Vienna Philharmonic), at the Teatro Colón (Parsifal, Der Rosenkavalier, Ariadne auf Naxos), at the Semperoper Dresden, and the Lyric Opera of Chicago. Highlights of the 2022/23 season include his debut at the New National Theatre Tokyo with Tannhäuser and his return to the Wiener Staatsoper (Werther) and the Staatsoper Stuttgart (Werther). Following his successful debüt with War and Peace in September 2021, he will continue his collaboration with Grand Théâtre de Genève and Calixto Bieito for a new production of Lady Macbeth of the Mtsensk District.

Between 2009 and 2012 Alejo Pérez served as music director of the Teatro Argentino de La Plata, to which he brought a new lease of life with internationally acclaimed performances. From 2010, he was one of the main conductors at the Teatro Real Madrid in the era of Gerard Mortier, closely working with the Orquesta Sinfónica de Madrid for concerts with Plácido Domingo, Eva-Maria Westbroek, and Ian Bostridge, and celebrated productions of Rienzi, Don Giovanni, Death in Venice, Golijov’s Ainadamar, and Rihm’s Die Eroberung von Mexico.

The polyglot Argentinian studied both composition and conducting in addition to piano in his native Buenos Aires, and later in Karlsruhe with Peter Eötvös. Formative periods at the start of his conducting career included assisting Peter Eötvös, Michael Gielen, as well as Christoph von Dohnányi at the NDR Symphony Orchestra. In 2019, Alejo Pérez was awarded the Konex Platinum Award for his artistic achievements – one of the highest honours in his home country Argentina.

"The production is carried out by an impeccable cast, supported by Alejo Pérez's scalpel-precise direction, which highlights the score's modernity, its power, its formal and orchestral richness, and its lyricism, leaving the audience overwhelmed by its power at the end."

“Alejo Pérez on the podium of the brilliant Orchestre de la Suisse Romande ingeniously implements Bieito's concept with the means of conducting dialectics. The Argentinean subtly traces the ambiguity of the score. Prokofiev proves to be much more subtle in his alienation than his colleague Shostakovich. Whoever says yes (especially in the overwhelming chorus parts) may very well mean no. For all the lavishness of the music-making, Alejo Pérez twists and turns the staves, discovers in all the sensitively played out nuances what a great complex score Prokofiev has left us here.”

“Alejo Pérez, remarkably efficient, alert to every feeling, revealing tenderness as well as murderous madness, an unparalleled creator and lover of sound, is particularly at ease in this musical element.”

“A splendid production, both in its staging and in its musical execution. Alejo Pérez, together with the Flemish Opera Symphony Orchestra, not only revels in the late-Romantic orchestral floods; he captures the forward-rushing, pulsating parlando sound, as well as the flashing wit and twists and turns ranging from joie de vivre to the depths of the abyss.”

“Alejo Pérez's musical direction cuts the Lyon Opera Orchestra to the bone, bringing forth a clear, incisive sound, with the brass section taken to its limits, solo violinist Nicolas Gourbeix an admirable standout, and the conductor striking an extraordinary balance between lyricism and severity, a tour de force approach to Janáček’s complex music.”

“Musically, the Flemish Opera´s symphony orchestra showed itself to be in top form. For Alejo Pérez, the new music director of the house, this "Lohengrin" was first and foremost a resounding personal success. With energy and focus, the conductor successfully built the tension -- from the clear, ethereally shimmering prelude, to the pounding rhythms of the choral scenes in the first act, through to the dramaturgically pointed scenes in the second act between Friedrich and Ortrud as well as Ortrud and Elsa, to the pleasing sensibility of the third act.”

“The crispness and elegance of Alejo Pérez´s conducting style are combined with the kind of inspiring imaginative ability an orchestra needs to test and transcend its boundaries.”

“Pérez impressed as a podium talent to watch.”

“More relaxed and joyful than in the Strauss, the Vienna Philharmonic and the highly-talented Alejo Pérez created a wonderful sound, treading the fine line between penetrating pathos and sentiment without becoming sweet or sensationalist. In Marguerite’s great scene, the conductor and orchestra sparkled. A great achievement.”

“From Wagner’s opulence to the soft backlight of impressionism, from veristic emotional outbursts to seditiously expressionistic opalescence: under the direction of the magician Alejo Pérez who can turn frogs into princes, the orchestra of l’Opéra de Lyon brought Schreker’s visions to life.” 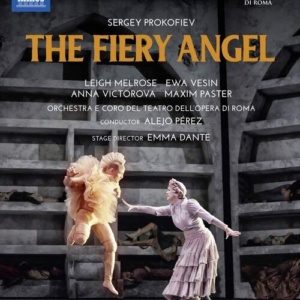 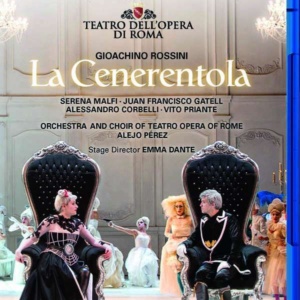 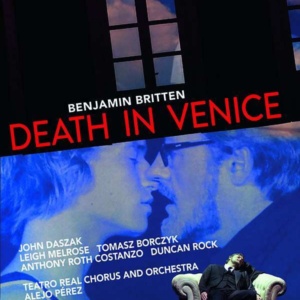 B. Britten: Death in Venice (Blu-ray) 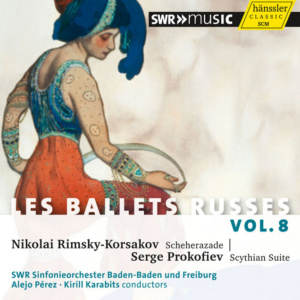