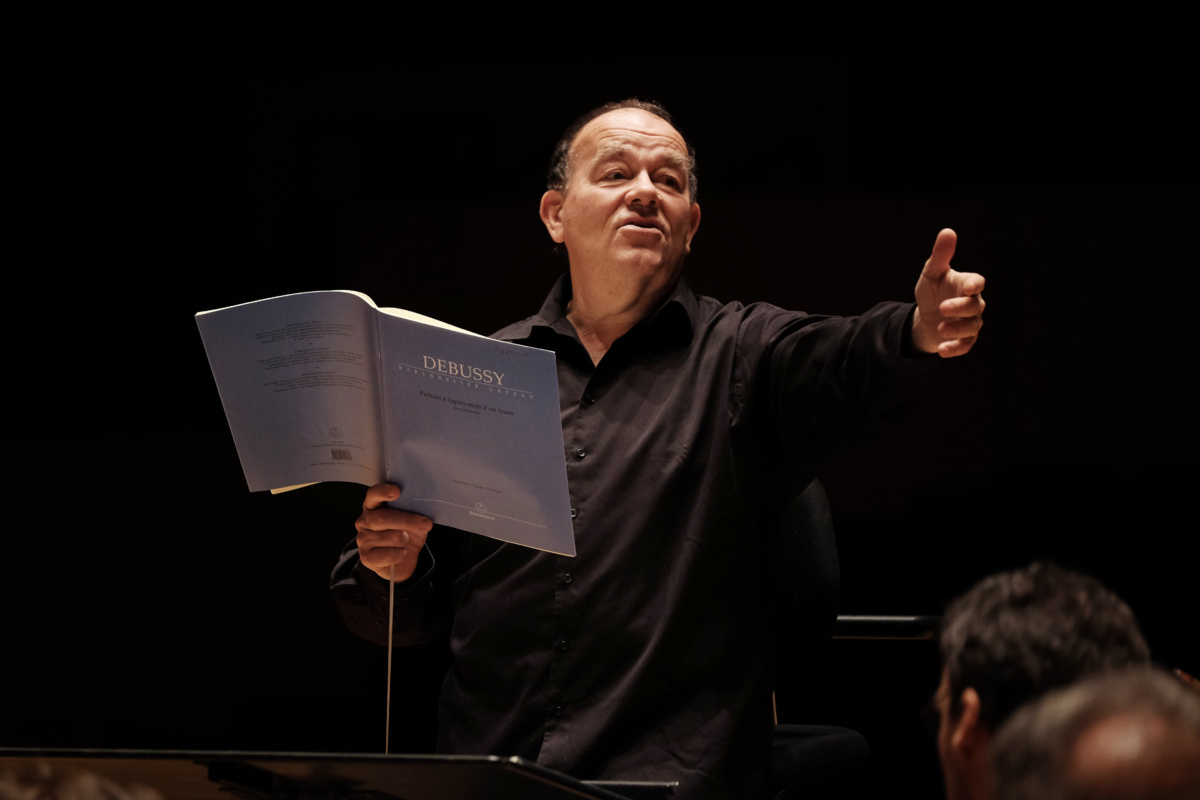 Marc Soustrot, our favourite conductor from France, was in top form as usual – and the musicians love him for this […]. And for something else, which other conductors […] rarely give: heart.
Stuttgarter Zeitung

Marc Soustrot has broad experience and expertise in the major works of the classical and Romantic repertoire, as well as in the music of Bach and contemporary works. He is particularly beloved by audiences for his interpretations of French orchestral compositions. He has been the artistic director and chief conductor of the Orchestre Philharmonique des Pays de la Loire (1976–1994), the Beethoven Orchester Bonn (1995–2003), Het Brabants Orkest Eindhoven (1996–2006) and the Malmö Symphony Orchestra (2011-2019). Marc Soustrot is chief conductor of the Aarhus Symphony Orchestra, which he has led since the 2015/16 season. From the 2021/22 season he has been appointed as Chief Conductor and Artistic Director of the Real Orquesta Sinfónica de Sevilla.

In 2012 he garnered much praise for his interpretation of Francis Poulenc’s Les Dialogues des Carmelites at the Royal Swedish Opera and the Stuttgart Opera; in 2019 in Stockholm he conducted the work again to great acclaim. In Stuttgart, Marc Soustrot guest conducted Götterdämmerung, Siegfried, Der Rosenkavalier, Bizet’s Carmen and Gounod’s Faust in recent seasons. In 2015 he gave his successful debut conducting the Staatskapelle Dresden in a new production of Claude Debussy’s Pelléas et Mélisande (staging: Álex Ollé/La Fura dels Baus) at the Semperoper Dresden, and later continued his fruitful collaboration with Álex Ollé with Honegger’s Jeanne d’Arc au bûcher at the Oper Frankfurt. In 2018 he conducted Berlioz’s Damnation de Faust on an astounding tour with Sophie Koch, Paul Groves, Bryn Terfel, the Malmö Symfoniorkester, and the MDR-Rundfunkchor, with performances in Dresden, Antwerp, Amsterdam, and Hamburg. In 2019, the MDR-Rundfunkchor also took part in Berlioz’s Requiem Grande Messe des Morts at the Gewandhaus in Leipzig. In the 2021/22 season Marc Soustrot will return to the Symphony Orchestras of Malmö, Trondheim and Stavanger.

Marc Soustrot has conducted on numerous prize-winning CDs and recorded the complete symphonic works of Camille Saint-Saëns with the Malmö Symphony Orchestra for Naxos. In 2008 he was honoured with the title of Chevalier de la Légion d’Honneur.

Born in Lyon, Soustrot studied trombone and piano at the Conservatoire de Lyon until 1969, when he began training as a conductor with Manuel Rosenthal in Paris.

“In Soustrot's hands, Brahms' symphonies are explicit, fiery and authentic, forming with each movement a unitary and consistent ensemble.”

“Marc Soustrot accustomed as we were to enjoying him generally in programmes of French music, proves to be an all-rounder.“

"Soustrot offered interpretations of extreme structural clarity in which the contrasts of light and dark stood out."

“Conductor Marc Soustrot transforms the Malmö Symphony Orchestra into a top body of sound with very French fine-tuning of colours. Absolutely worth hearing!“

“For the current New Year's Concert ROSS chose Marc Soustrot, a conductor who has always shown an affinity for the ensemble and a remarkable sensitivity for colour.”

“Marc Soustrot gave the orchestra confidence from bar one onwards. Everything about his musical approach and body language was round, supple and inviting.”

“The musical direction, incorporating everything from the rare Ondes Martenot with its distinctive howl to innocent-sounding French folk song, lay in the expert hands of Marc Soustrot, who did a fantastic job with the Frankfurter Museumsorchester.”

“Marc Soustrot ensured a connection between both works and a sense of dramatic development through a highly differentiated and majestic interpretation that made no compromises.”

“Leading the Staatsorchester, Marc Soustrot was well suited to the airy lightness of Gounod, especially where the style was close to Jacques Offenbach. Under Soustrot’s baton, the music had a fluency, radiance and malleability as well as clear contouring and sense of direction. Elsewhere, the singers had a highly sensitive and reactive dynamic range.”

“The famous Kapellmeister Soustrot, the resplendent-sounding orchestra and the Staatsopernchor – magnificently prepared by Johannes Knecht – stormed through the score with celebratory fervour. Brisk, agile, light-hearted and funny, in serious moments the ensemble could be powerful and brooding, with dark, booming trombone – particularly in the curse scene, when Valentin returns from the war and dies in the public square for all to see.”

“Marc Soustrot, our favourite conductor from France, was on top form as usual – and the musicians love him for that: precision, freedom, elegance and brutality, charm and sarcasm; he recalls everything that Strauss wrote in this “comedy for music.” And there is something else that other conductors at this venue rarely give: heart.”

“Conducting the velvety strings, and focused and precise brass players of the splendid Staatsorchester, Marc Soustrot holds the reins of the Viennese spirit that Richard Strauss gave the piece: the waltz prances and lingers when called for and pulls back when the articulation of the sung part comes to the fore. This is an interpretation of Strauss that […] has been worked on very precisely so that all the tone quality comes across cleanly: music with zest and wit.”

“I have rarely experienced Debussy’s opera performed with such delicate pastel-coloured sensitivity. Although Soustrot by all means also produced dramatic tension with compelling intensification, where necessary. Powerful conducting.”

“The French conductor Marc Soustrot discreetly and powerfully leads the Sächsische Staatskapelle, which is noticeably engaged in the interpretation.”

“The orchestra plays brilliantly and, together with its conductor, already receives standing ovations after the second interval. Indeed, an orchestral sound develops that radiates the most stunning colours; the brass is flawless, beautiful and pure in every register. Marc Soustrot, who has shone on many occasions as conductor in Stuttgart, uses every dynamic without obscuring the singers in the loud passages. He gives full and impressive scope to the dramatic breath of the music.”

“The musicians were highly concentrated under the very accomplished direction of Marc Soustrot, playing with great intensity, producing a rich sound and implementing the conductor’s intentions marvellously. […] Soustrot’s main focus was on bringing out the multi-layered network of musical motifs, never letting the tension waiver. It was absolutely brilliant to witness how he concisely explored and contrasted the various leitmotifs in all their ramifications, interconnections and modifications.” 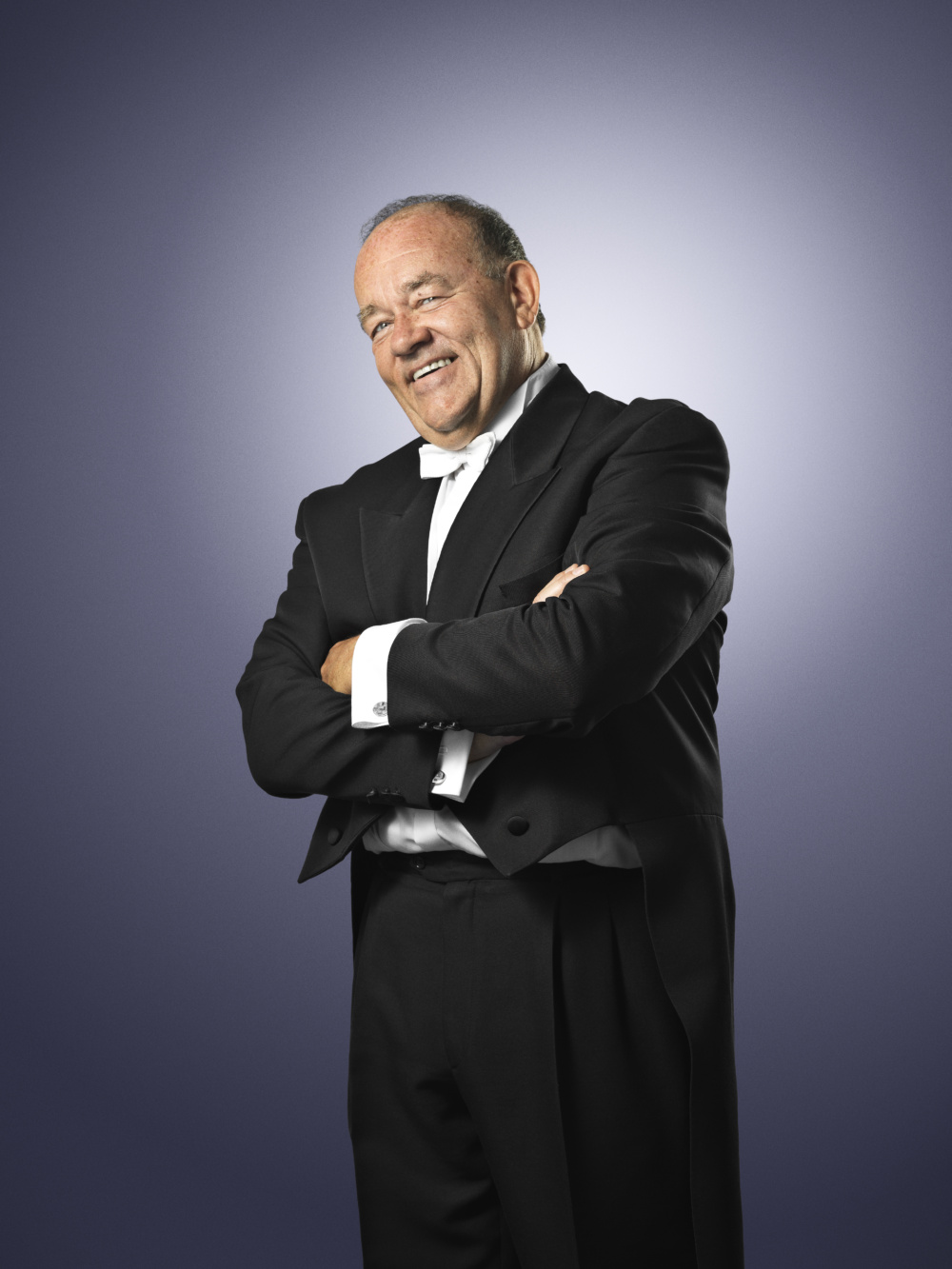 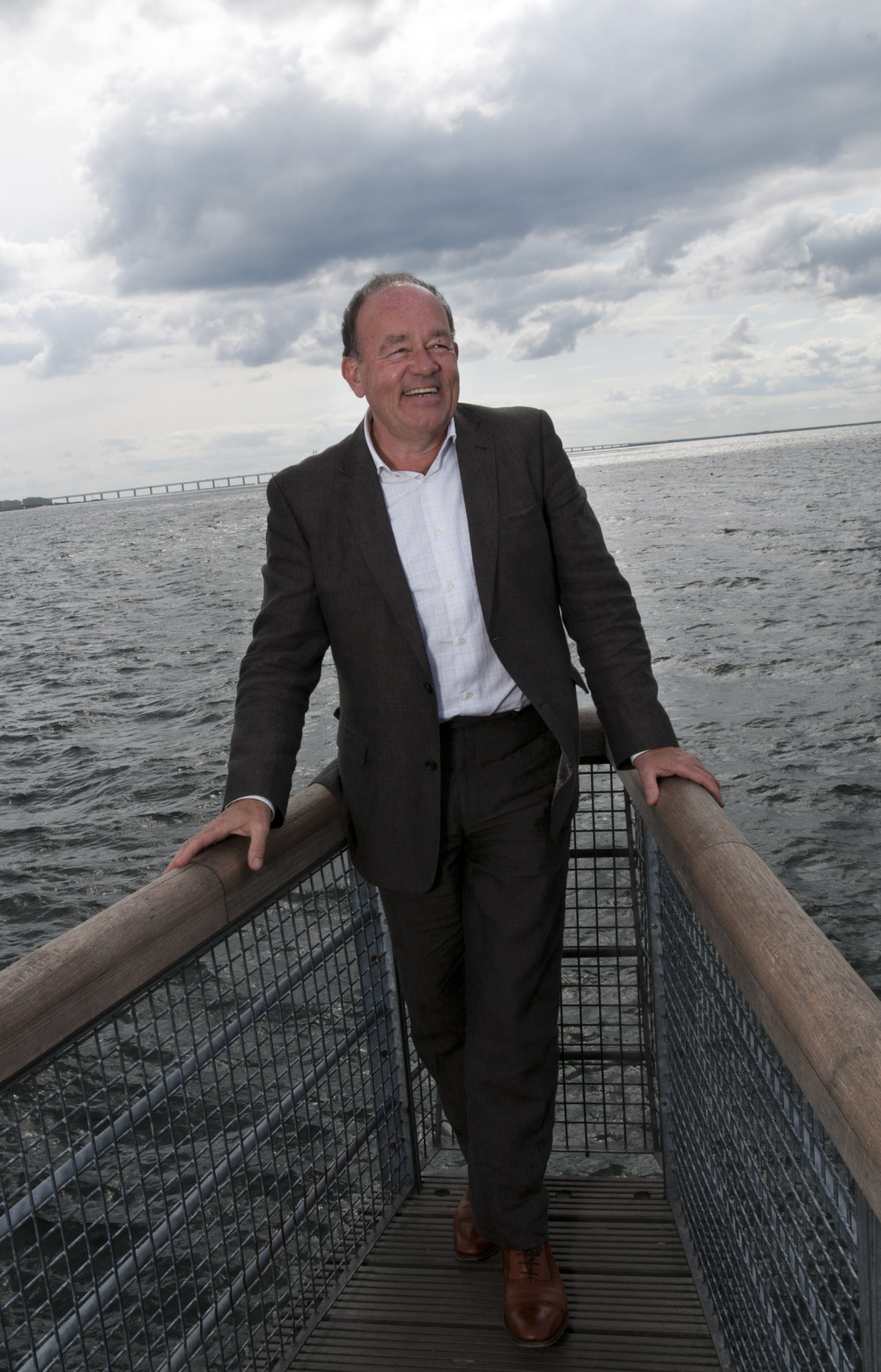 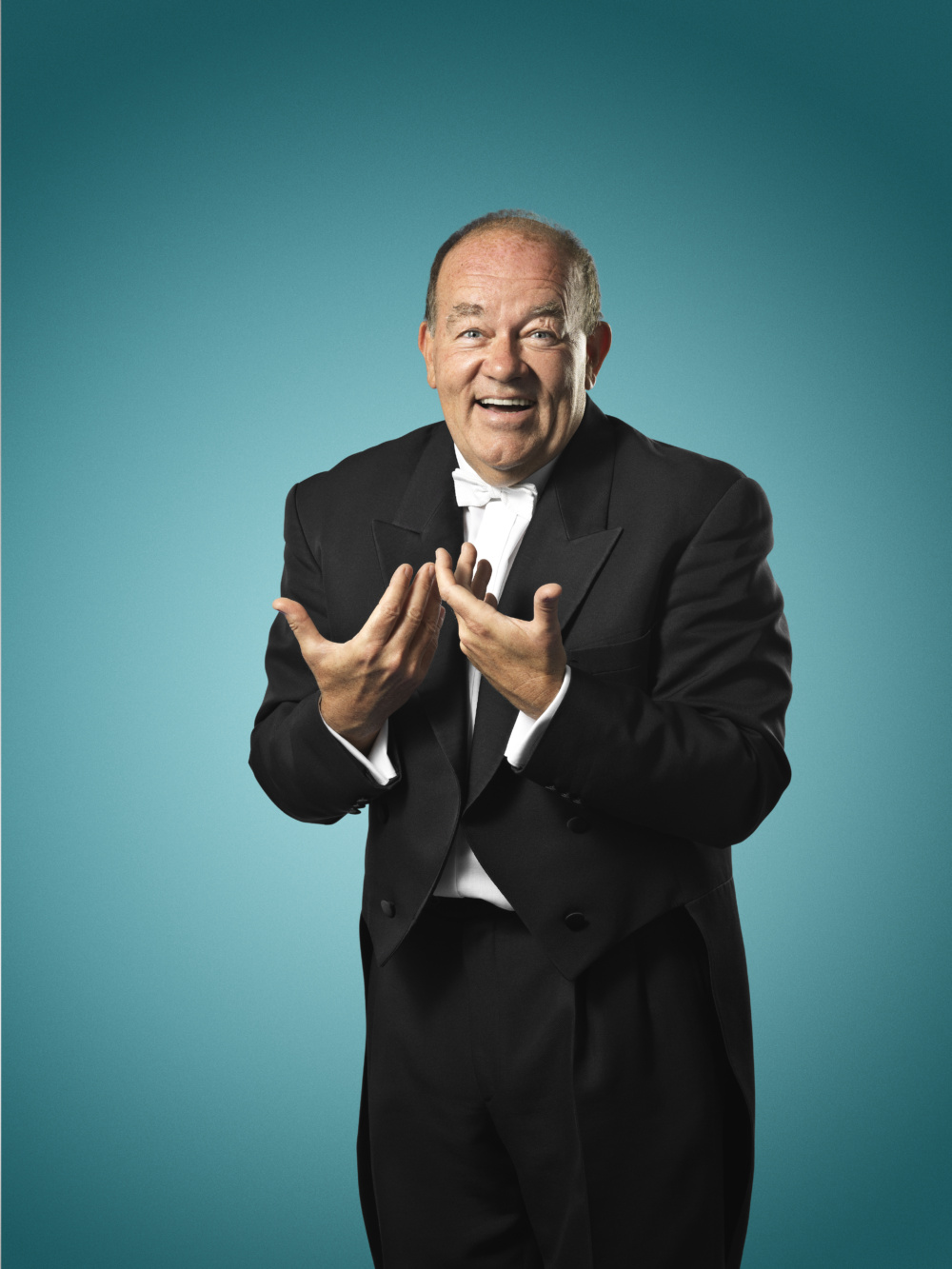 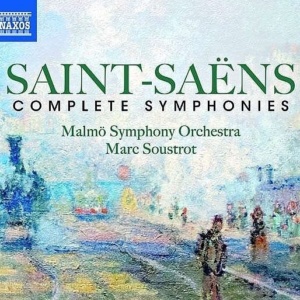 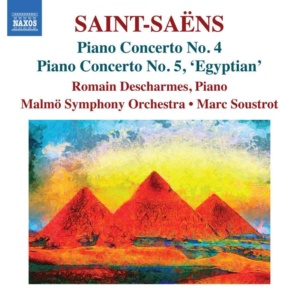 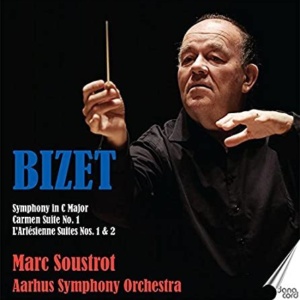 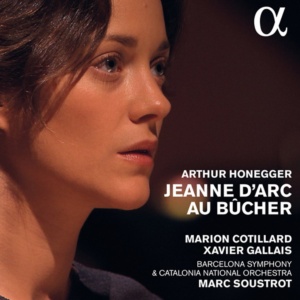 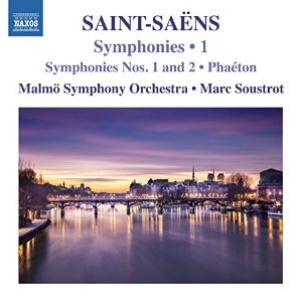 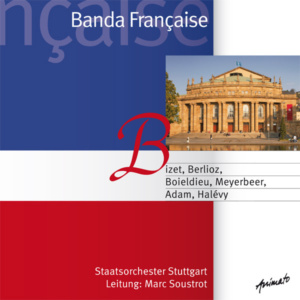 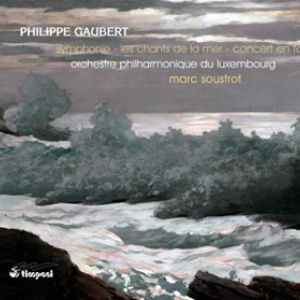 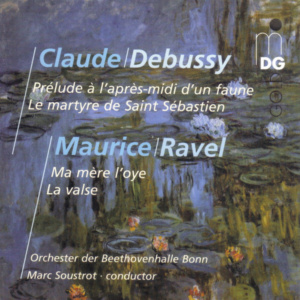