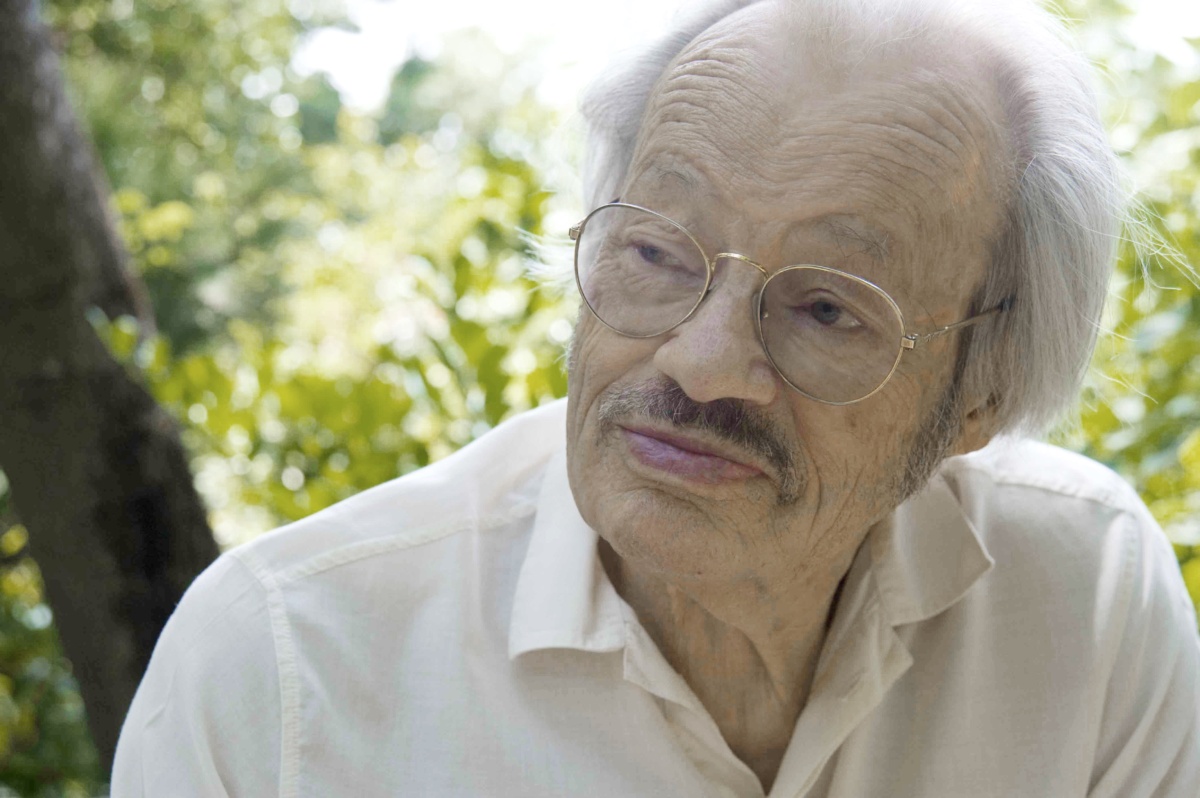 The series of concerts celebrating Friedrich Cerha's 95th birthday culminated in August: the monumental Spiegel cycle was performed at the Salzburg Festival by the Vienna Radio Symphony Orchestra under Ingo Metzmacher. We celebrate the anniversary with a collection of portrait articles, current links, and his video interview for the Stadtjournal wien.at.

Musicians who also express themselves in other artistic fields were at the centre of the Donaueschingen Festival 2014. A composer who many saw in a new light on this occasion is Friedrich Cerha.

Composer Friedrich Cerha was born in Vienna in 1926. He started fighting actively against fascism as a student, deserted twice from the German Wehrmacht and survived the end of World War II as the innkeeper of a cabin in Tyrol. In 1946, he entered the Academy of Music and Dramatic Arts in Vienna to study violin, composition and music education. At the same time, he studied musicology, philosophy and German philology at the University of Vienna.

As a concert violinist and music teacher he was in contact with young composers, poets and painters of the avantgarde underground who later joined together to form the Art-Club. He also became part of the Austrian section of the International Society for Contemporary Music (ISCM) and analysed works of the Viennese School with Josef Polnauer, a former Schoenberg pupil. In 1956, 1958 and 1959 he attended the Darmstadt International Summer Courses for New Music. With comrades such as the composer Kurt Schwertsik (and later also H.K. Gruber) as well as his wife Gertraud, he founded the ensemble die reihe in 1958 to create a forum for contemporary music. The ensemble toured extensively to great acclaim presenting works of the Avantgarde, the Viennese School and the early 20th century. From 1959 to 1988 Friedrich Cerha held a position at the Academy of Music and Dramatic Arts in Vienna, where he taught a class of composition, notation and interpretation of contemporary music from 1976 to 1988.

From 1960 to 1997 he was active as a conductor and worked with renowned ensembles and orchestras at festivals and concert series such as Salzburger Festspiele, Berliner und Wiener Festwochen, Venice Biennale, Warsaw Autumn, Festival d’Automne Paris, Jyväskylä Festival, musica viva Munich, Nutida Musik Stockholm, Neues Werk Hamburg, Musik der Zeit Köln and others. In addition, he has made guest appearances at international opera houses such as State Opera Unter den Linden Berlin, Vienna, Bavarian State Opera Munich, Liceo Barcelona and Teatro Colon Buenos Aires. In 1978 together with Hannes Landesmann he established the concert series “Wege in unsere Zeit” at the Vienna Konzerthaus which he directed until 1983. In 1994 he became president of the Klangforum Wien, a post he held until 1999.

Today he is working as freelance composer living in Vienna and at his country house in Maria Langegg.

Friedrich Cerha’s music historical significance is also ensured by his completion of the third act of Alban Berg’s Lulu. While working on this (from 1962 to 1978) he also completed his own music theatre Netzwerk (World Premiere in 1981 at Wiener Festwochen) that translates questions of organic growth from the realm of Biology to Music. His other music theatre works Baal, Der Rattenfänger(The Pied Piper), Der Riese vom Steinfeld (The Giant of Steinfeld) and Onkel Präsident (Uncle President) tell different facets of the relationship between society and the individual – a subject that has occupied Friedrich Cerha since his early youth.

It is not possible to relate Friedrich Cerha to only one aesthetic or tradition. He has spent much of his career delving into various musical styles of the 20th century, including 12-tone technique, neoclassicism, and serial music. However, the most important feature of his work is not its use of each music theory, but its sensuous sound experiences, which are easy for even the untrained ear to follow. A perfect example of Cerha’s artistic pursuit is the cycle Spiegel I – VII for orchestra, on which the composer started work in 1960/61, with its complete performance first given in 1972. The sound world of the seven pieces for orchestra exerts a compelling power on the listener.

Friedrich Cerha is a recipient of the Grand Austrian State Prize, a member of the European Academy of Arts and Sciences, and an officer of the Order of Arts and Letters. The Venice Biennale awarded Cerha with the Golden Lion for his life’s work in 2006. Friedrich Cerha was honoured with the 2012 Ernst von Siemens Music Prize, known as the “Nobel Prize of Music”.

​This biography is to be reproduced without any changes, omissions or additions, unless expressly authorised by the artist management.

Until today, Friedrich Cerha has written more than 200 works in different genres from solo to opera. We created a work catalogue that also includes every unpublished or unfinished composition. You can search the database for different key features such as genre, title, year, duration or number of musiciens.

“The finale was Friedrich Cerha's Percussion Concerto from 2008. It is a work in a moderately modern style in three movements, which all flow into one another. Here the Bulgarian-born percussionist Vivi Vassileva presented herself as a brilliant soloist who whirled back and forth between three different percussion sets, full of musical joy. Again and again, there were impressive duels between Vassileva and the orchestra's percussionists.”

“In the second part of the piece (...) Cerha stages a completely different mood, with the bright colours of the woodwinds and buzzing violins. Vivi Vassileva moves to the right, to her vibraphone, which she plays almost tenderly. (...) With soft mallets and later two bows that make the notes vibrate. The instrument sings, chirps and hums, from the left the celesta answers. The music seems to float for a few minutes. A wonderfully spherical moment, as a calming pole before [the] third part. Here the soloist whirls on the xylophone, in dialogue with brief motifs of the orchestra. (...) the piece ends with another gesture of incantation: all percussionists and the conductor hold their arms in the air for seconds. Huge cheers, which are highly deserved for the interpretation as well as for the wonderful piece.”

“Commissioned for the Donaueschingen Festival in 2014 [...], Nacht is a work of slow-building textures and beautiful sonorities. A night sky of harmonic stasis is periodically intruded upon by meteor showers of glissandos shooting across the orchestra.”

Grammophone on the recording of "Nacht"

“‘Tombeau’, the closing movement, is a work of funereal shades, low strings and brass leading the way. Little happens other than a slow crescendo to a cacophonous tutti and a corresponding slow fade away; but, as often with Cerha, this intense darkness finds expression in wonderful orchestral colour, and the work has a stately grandeur.”

Grammophone on the recording of "Drei Orchesterstücke" 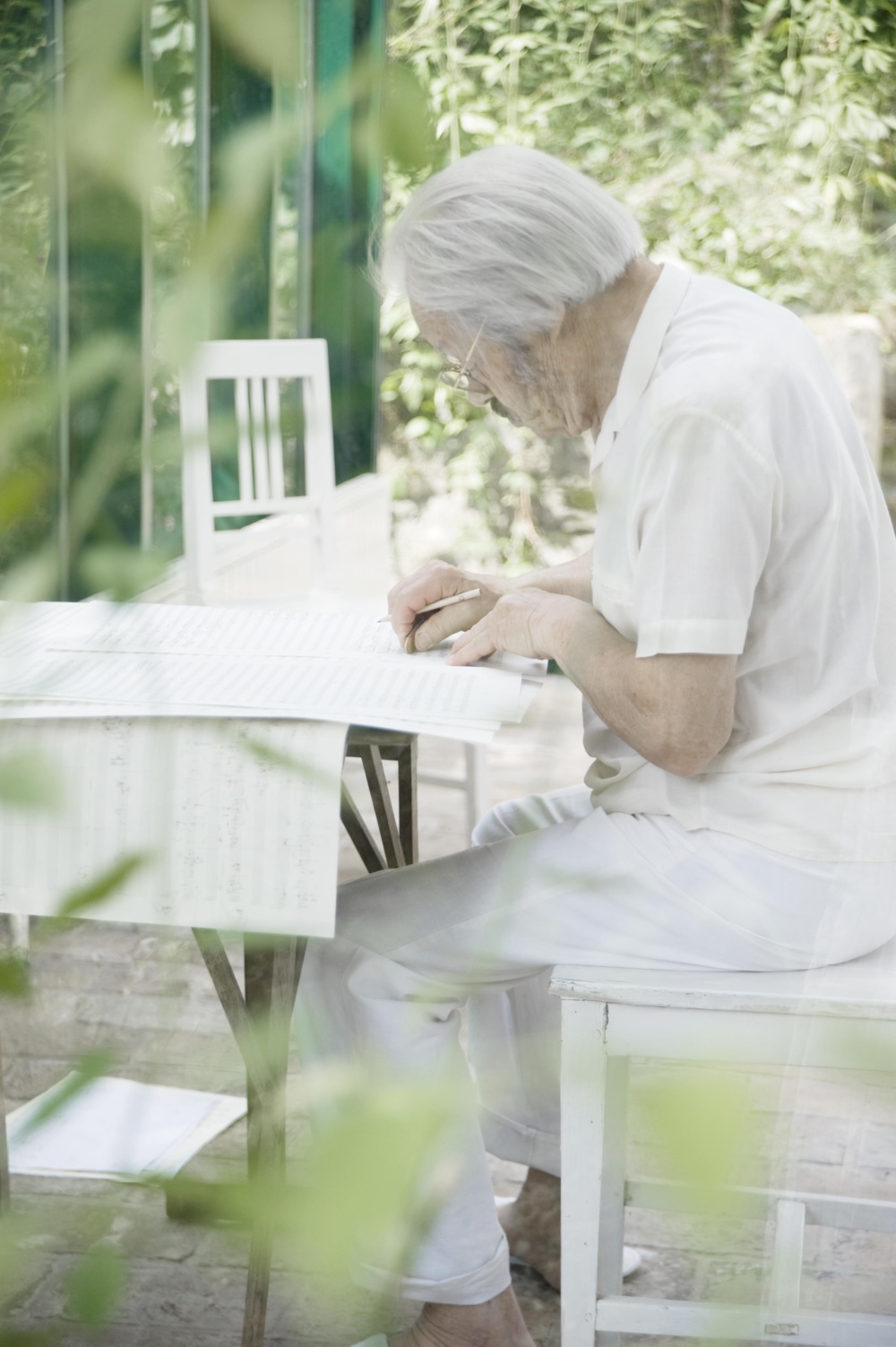 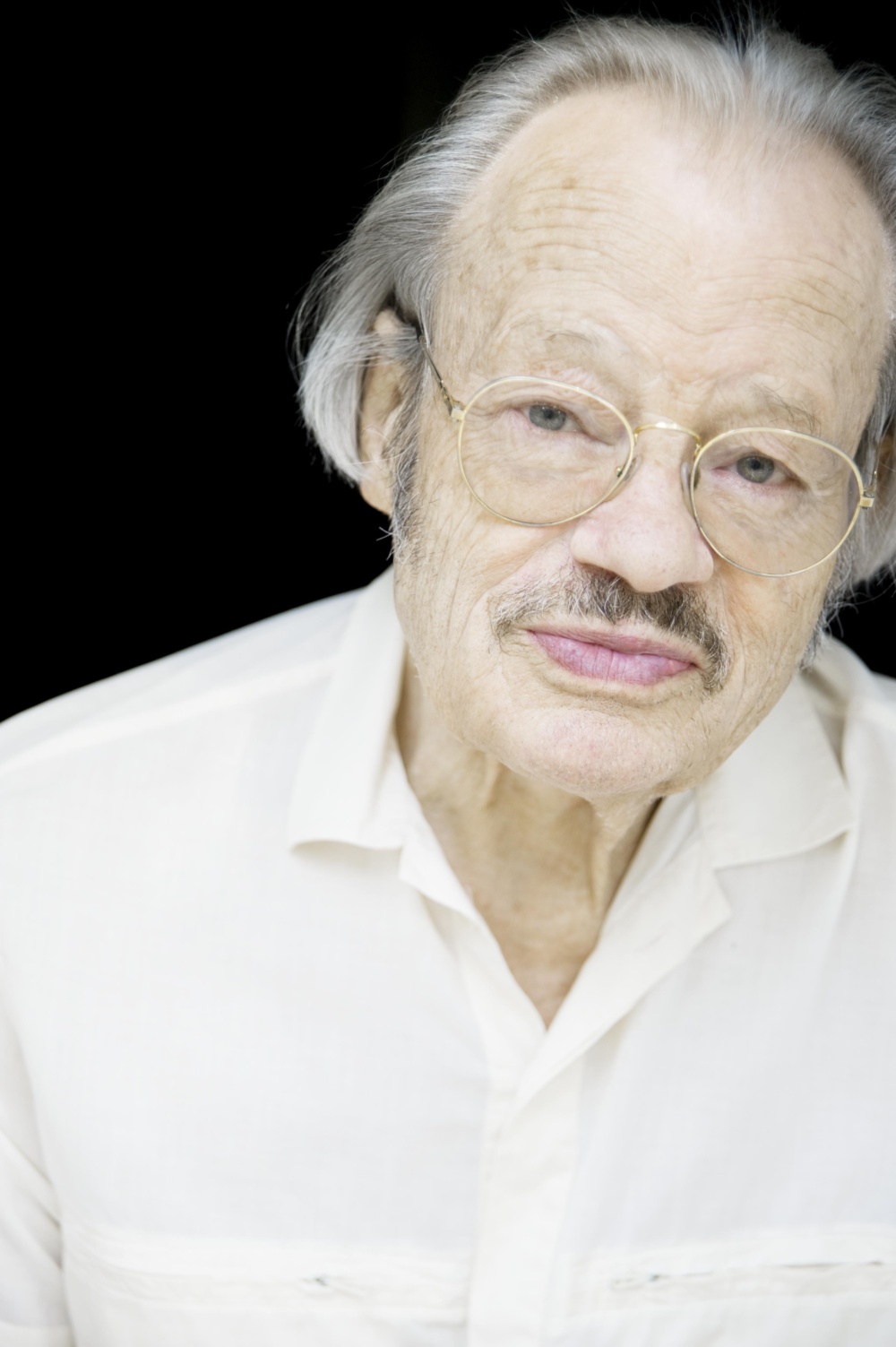 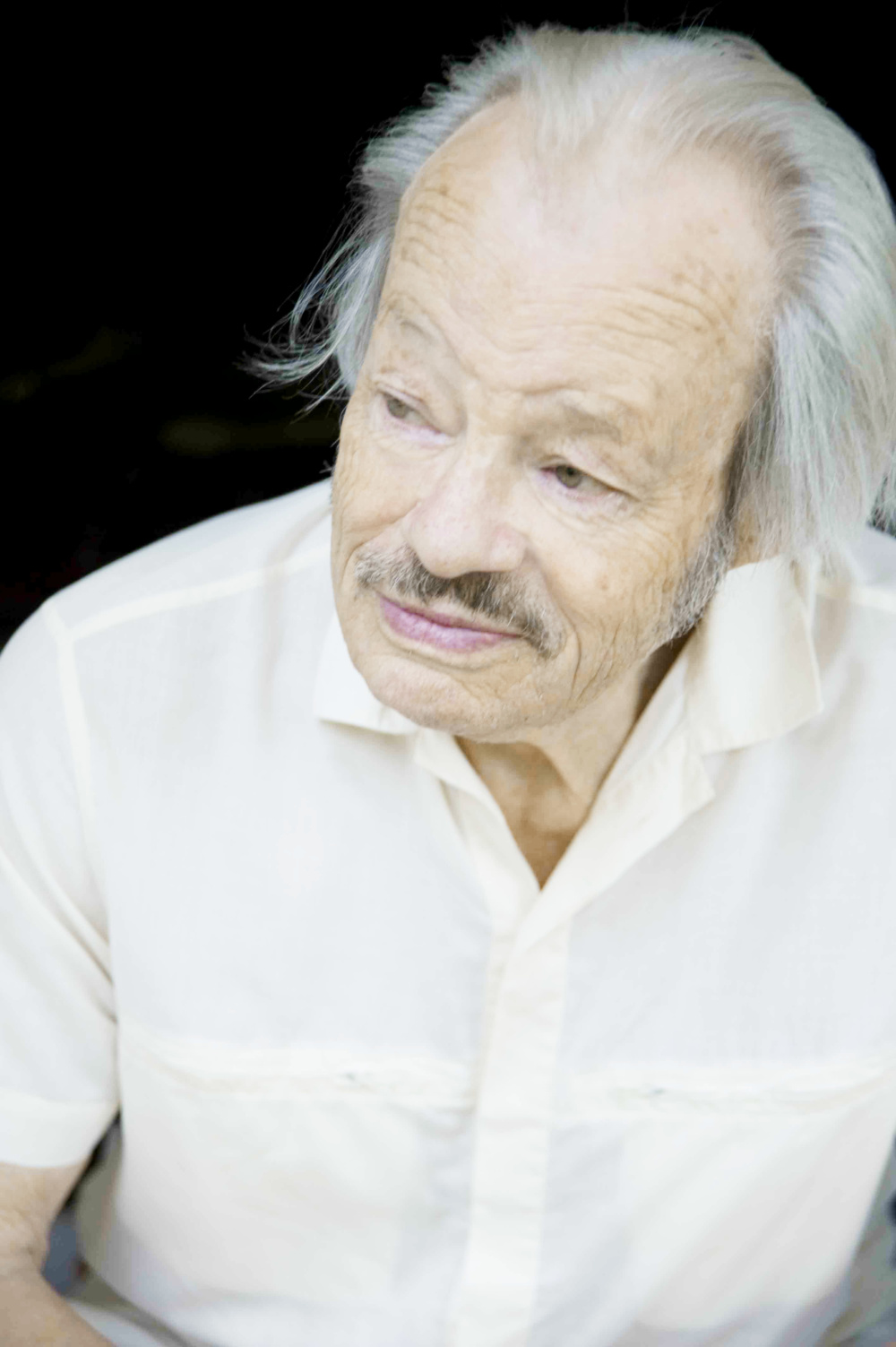 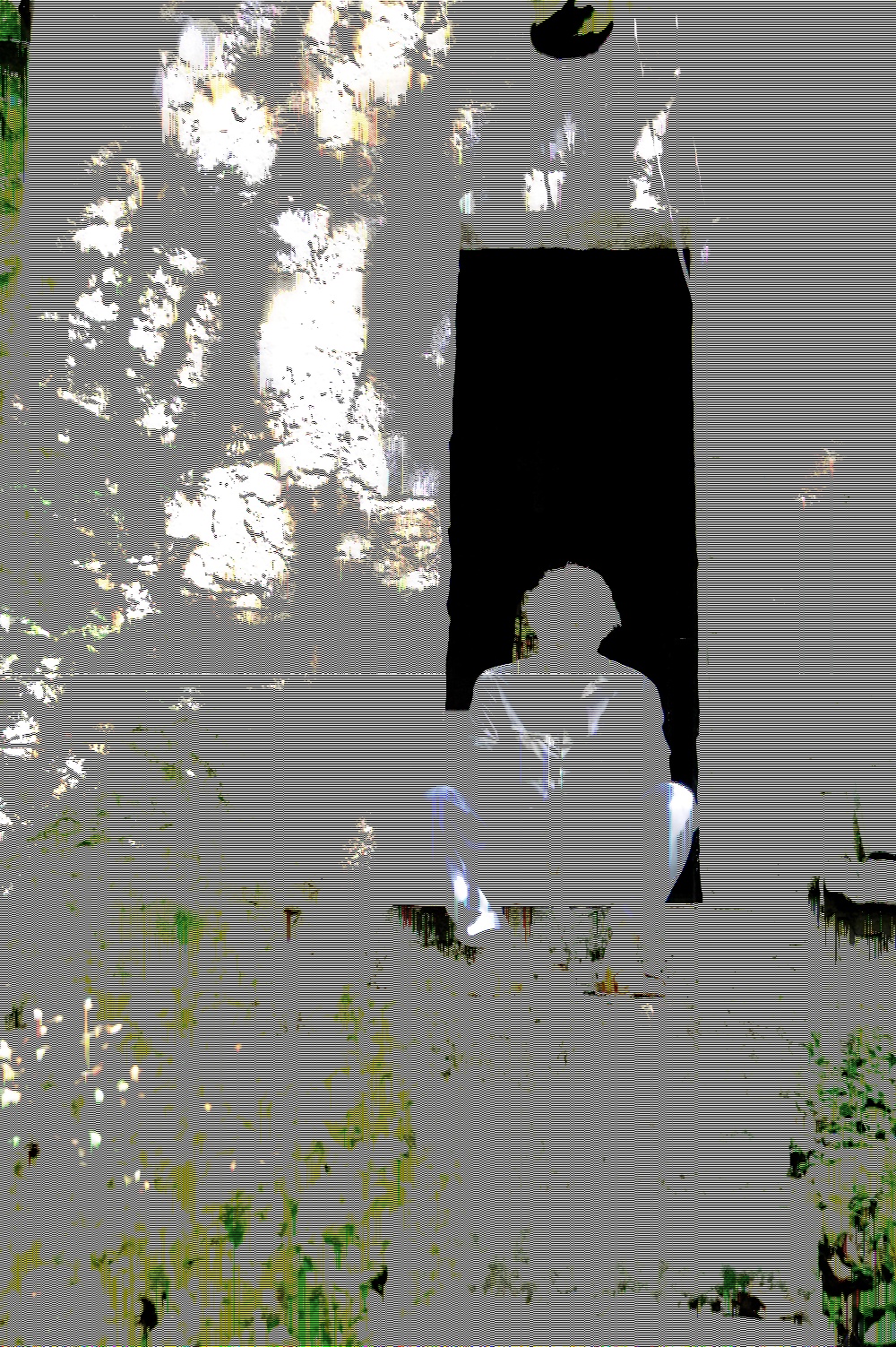 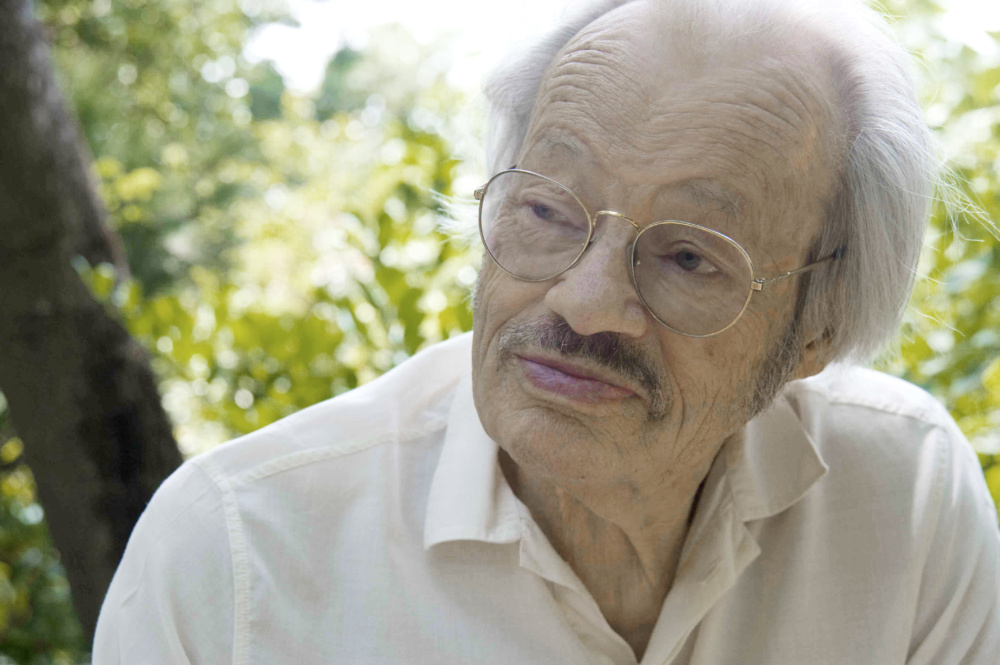 Friedrich Cerha talks about his music 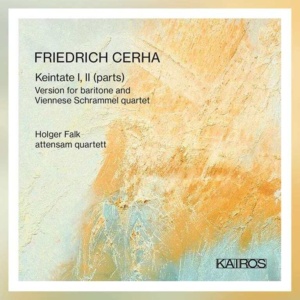 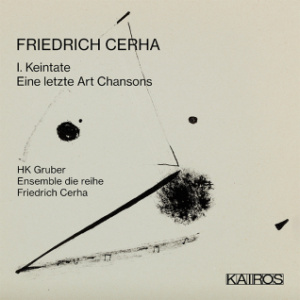 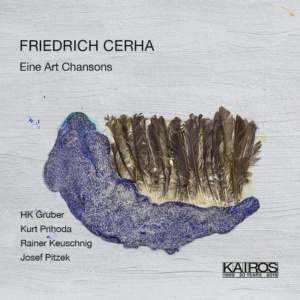 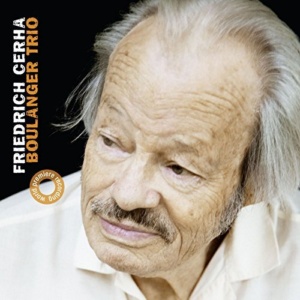 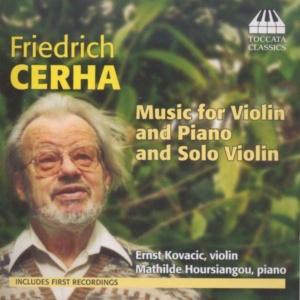 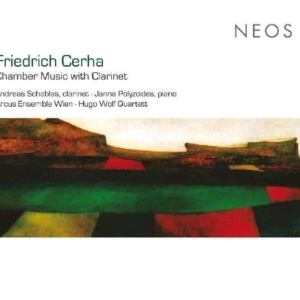 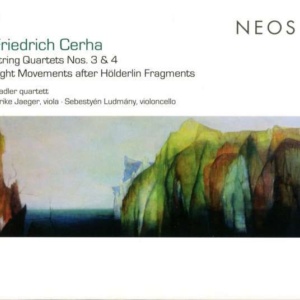 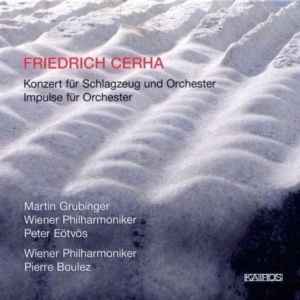 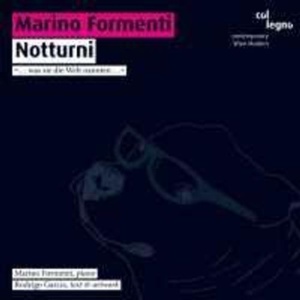 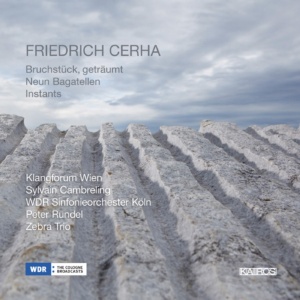 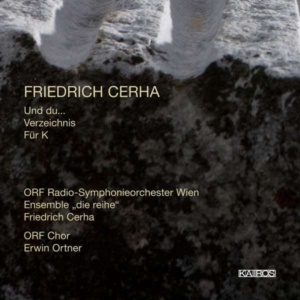 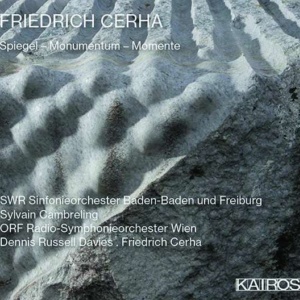 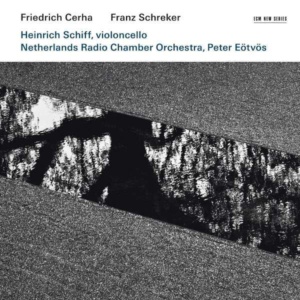 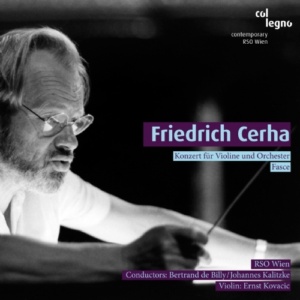 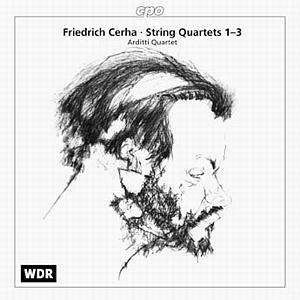 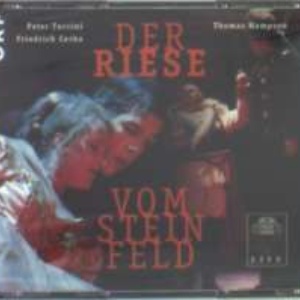 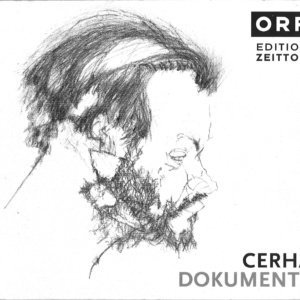 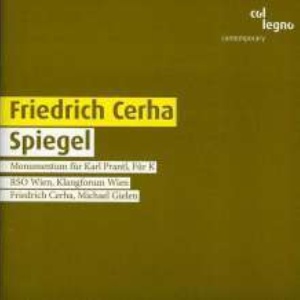