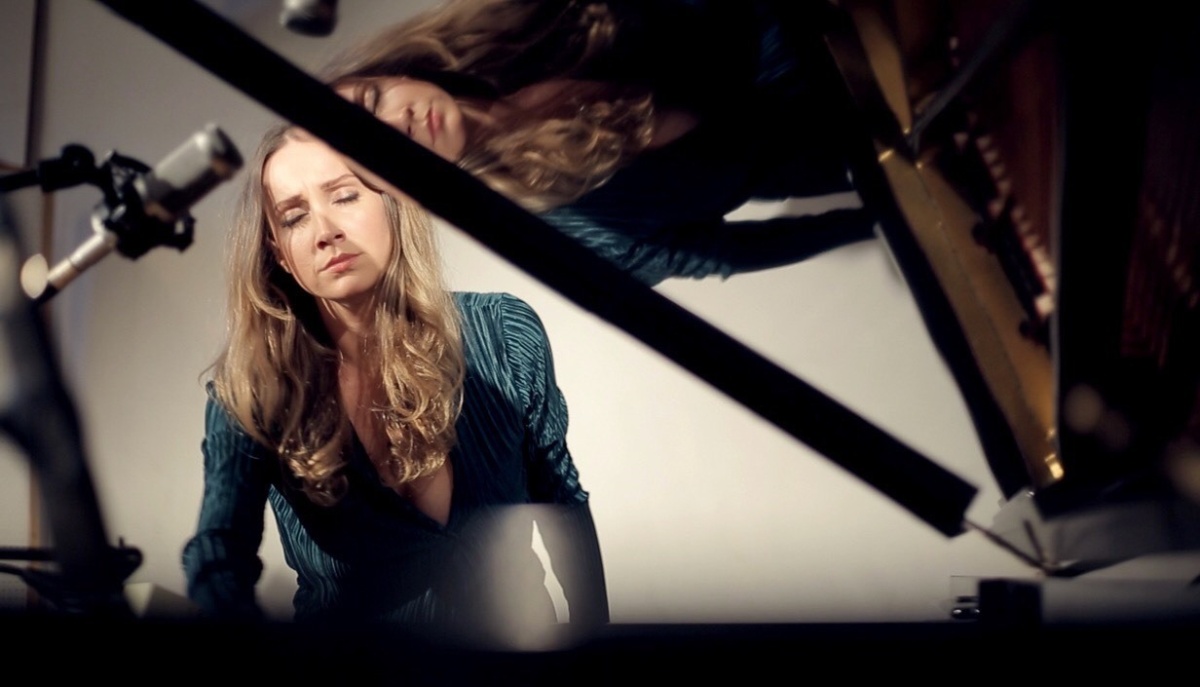 “Spontaneity is intimate, risky, and vital, and it requires a relationship with the audience,” says Rachel Fenlon in the winter issue of Art Song Canada.

Canadian soprano and pianist Rachel Fenlon is redefining what it means to curate one's own recital.
Schmopera

Canadian soprano and pianist Rachel Fenlon proves that innovation and tradition do not have to be in conflict. In her project Fenlon & Fenlon, she draws on the Romantic-era tradition of accompanying oneself on the piano in domestic contexts such as the salon. The trained pianist and opera singer has developed programmes that stand out from the traditional song canon while at the same time referring back to it.

Her interpretations of composers such as George Crumb, Benjamin Britten, Arnold Schönberg, and Philip Glass, as well as the repertoire of Franz Schubert and Alma Mahler, have a particular radiance. The project has been received enthusiastically at Vancouver Opera as well as festivals such as Oxford Lieder, Toronto Summer Music, and the Settimane Musicali di Ascona.

Valued for her dazzling, flexible soprano, her curiosity and courage to experiment, Rachel Fenlon is an ideal interpreter of works by contemporary composers such as Sofia Gubaidulina, Unsuk Chin, Samy Moussa, and Marco Stroppa. Works written specially for her form an increasing part of her repertoire, including pieces by Matthias McIntire or Danika Loren.

Rachel is the founding host of a series titled "Classical (R)evolution" on IDAGIO, in which she interviews weekly guests and discusses what rule breaking and pushing boundaries mean for Classical music, and for musicians today. She has interviewed guests such as Marc-André Hamelin, Barbara Hannigan, Alexander Neef, Avi Avital, Francesco Piemontesi, Gerald Finley, and Nico Muhly, amongst many others.

B. Britten/ H. Purcell
Music for a while
F. Schubert
An die Nachtigall
Abendstern
Suleika 1
Des Fischers Liebesglück
Gretchen am Spinnrade
Der Leiermann
J. Cage
The wonderful Widow of Eighteen Springs
B. Britten
The Last Rose of Summer (Folk Songs)
G. Crumb
Apparition:
I. The Night in Silence under Many A Star
Vocalise 1: Summer Sounds
II. When Lilacs In The Dooryard Bloomd
III. Dark Mother Always Gliding Near With Soft Feet
Vocalise 2: Invocation
IV. Approach Strong Deliveress!
Vocalise 3: Death Carol (Song of the Nightbird)
V. Come Lovely and Soothing Death
VI. The Night in Silence under Many a Star

S. Gubaidulina
Rosen:
a dream: the path in the field
sea bird
roses in the mountains
a field in the winter
and the roses are dying
M. Feldman
Only
G. Ligeti
Der Sommer
P. Glass
Songs from Liquid Days:
Changing Opinion
Lightning
Freezing
Liquid Days
Open the Kingdom
Forgetting

Raised on the west coast of Canada, Rachel Fenlon is a soprano and pianist who performs song recitals accompanying herself on the piano, drawing from a more singer-songwriter approach, instead of the current classical music performance tradition. She has toured Europe, Canada, and the US with solo recitals, in repertoire from Schubert, Schumann and Debussy, to Olivier Messiaen, George Crumb, Philip Glass, and numerous world premieres. Rachel is dedicated to creating and commissioning new music, and actively has several collaborations with composers for new song cycles for her to perform as self-accompanied singer. Rachel has appeared at festivals such as the Oxford Lieder Festival, the Toronto Summer Music Festival, Kammermusik festival Ahrenshoop, Bristol Song Recitals, the Canadian Broadcasting Company (CBC Studios), GEDOK Festival Berlin, and solo concerts at venues such as the National SAW Gallery, Fox Cabaret, Oper Leipzig, Vancouver Opera, the Baumann centre at Pacific Opera Victoria, and the Theater am Delphi Berlin.

Rachel has performed livestream recitals with the National Arts Centre Canada, Pocket Concerts Toronto, Against the Grain Theatre, Pacific Opera Victoria, and the Lunenburg Academy. Other streams include Schubert's Schwanengesang with PinDrop Entertainment and United We Stream, Amsterdam Dance Event.

Rachel is the founding host of a series titled "Classical (R)evolution" on IDAGIO, in which she interviews weekly guests and discusses what rule breaking and pushing boundaries mean for Classical music, and for musicians today. She has interviewed guests such as Marc-André Hamelin, Barbara Hannigan, Alexander Neef, Avi Avital, Francesco Piemontesi, Gerald Finley, and Nico Muhly, amongst many others.

Rachel began her professional career at Vancouver Opera as a young artist, and went on to perform numerous leading roles with the company: Pamina (The Magic Flute), Mabel (The Pirates of Penzance), Zerlina (Don Giovanni), and most recently, Susanna (Le Nozze di Figaro). Rachel has also performed leading roles with Pacific Opera Victoria as Nannetta (Falstaff) and Queen Guinevere (Camelot); Ensemble Nylandia as Galatea (Acis and Galatea); the Vancouver Symphony Orchestra as Lisa (Das Land des Lächelns), and with the Bard on the Beach Festival as Mimi (La Boheme). In 2019/20 Rachel debuted as a guest soloist with the Deutsche Oper Berlin in the world premiere of Heart Chamber by Chaya Czernowin, directed by Claus Guth. Rachel appeared as a young artist at the Rossini Opera Festival, leading to performances as soprano soloist with Alberto Zedda in Rossini's Petite Messe Solennelle, and has performed as a soloist with the Victoria Symphony, the Vancouver Symphony Orchestra, and the Northern Czech Philharmonic.

Upcoming and rescheduled performances for future seasons also include recitals at Settimane Musicali di Ascona, Podium Festival Matadapera, Array Space Toronto and SAW Gallery (world premiere), as well as an artist residency at the Banff Centre. Her collaborations include ensembles such as the Gryphon Trio, Ensemble Nylandia, Friction Quartet, Impulsia Ensemble, pianists Leslie Dala, Cristian Niculescu and Ugo D'Orazio, and composers Matthias McIntire, Danika Loren, Susanne Stelzenbach, Nicole Lizee, Gavin Fraser, and Helmut Zapf. Her collaboration with composer Matthias McIntire won the two a Toronto Arts Council Grant in 2020 to realize a song cycle composed to Rachel's poetry with live electronics that will be premiered in the summer 2022. The two have attended residencies such as Avaloch Farm Music Institute (New Hampshire), and Lunenburg Academy (Nova Scotia). Rachel is a member of the Canadian artist collective New ART/New MEDIA, a three time resident at the Lunenburg Academy, as singer/pianist/composer, and was the first to attend song mastercourses at both the Oxford Lieder Festival and the Crear Song Programme with Sir Malcolm Martineau as a self-accompanying singer. Rachel holds an ARCT Diploma in piano performance from the Royal Conservatory of Music Toronto, and Bachelors and Masters degrees in Opera performance from the University of British Columbia. She has received grants from the Toronto Arts Council, the Vancouver Opera Guild, the National Arts Centre Canada, and the Art Song Foundation of Canada. Fenlon studied voice with Judith Forst, Nancy Hermiston, and Neil Semer, and composition with Stephen Wood, and Robert Aitken, as well as summer composition residencies with Dinuk Wijerhatne and Marco Stroppa.

It’s a fun way to experience the music. Rachel is a very decent singer and a really good pianist and above all a thoughtful and creative musician.

Fenlon doesn’t merely sing and play the piano during Crumb’s contemporary piece, which is fused with Walt Whitman’s poem When Lilacs Last in the Dooryard Bloom’d — she immerses herself fully in to the performance, losing herself for stretches at a time.

A delicately portrayed Pamina (…) This young artist's vocal skills should take her anywhere she wants to go. 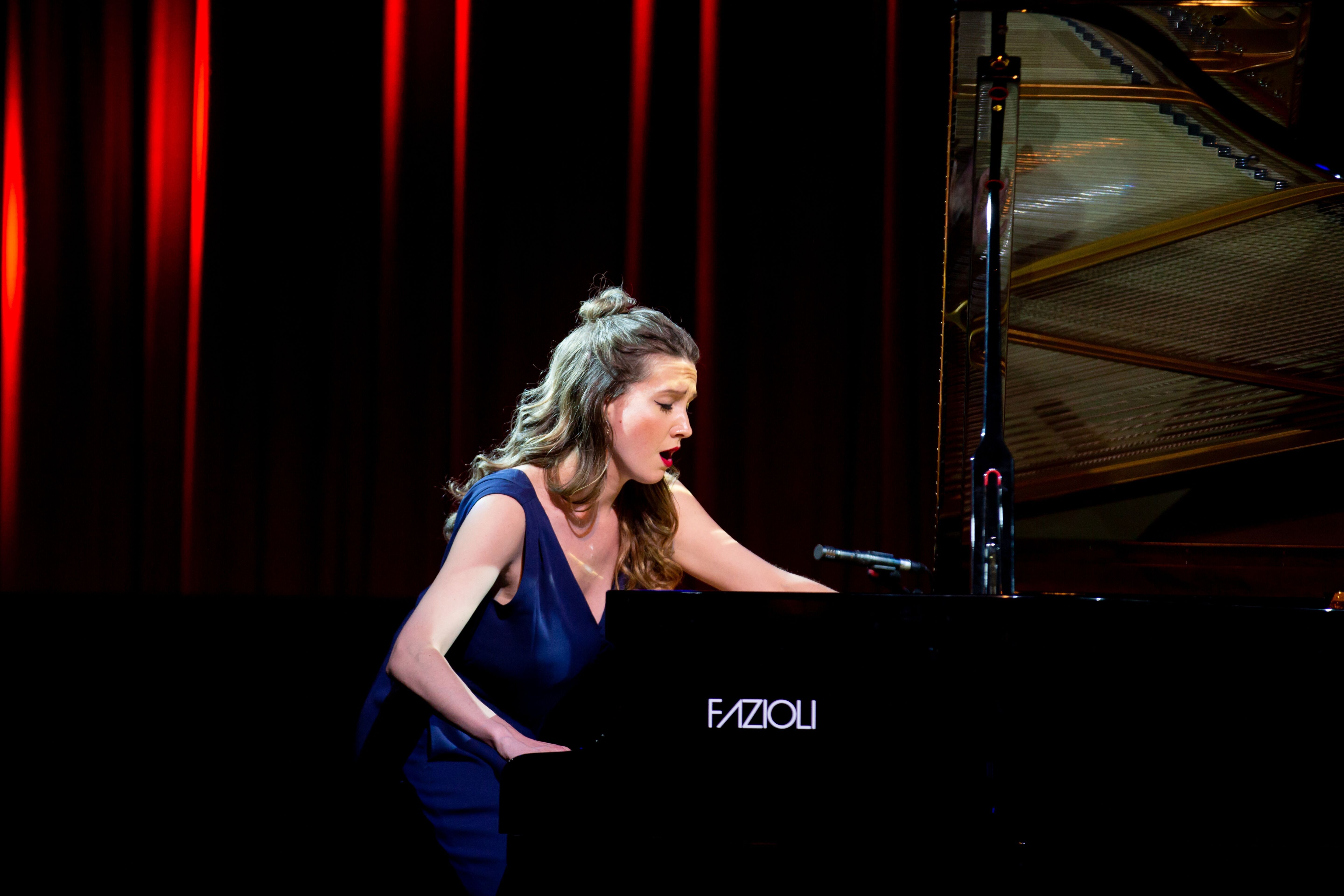 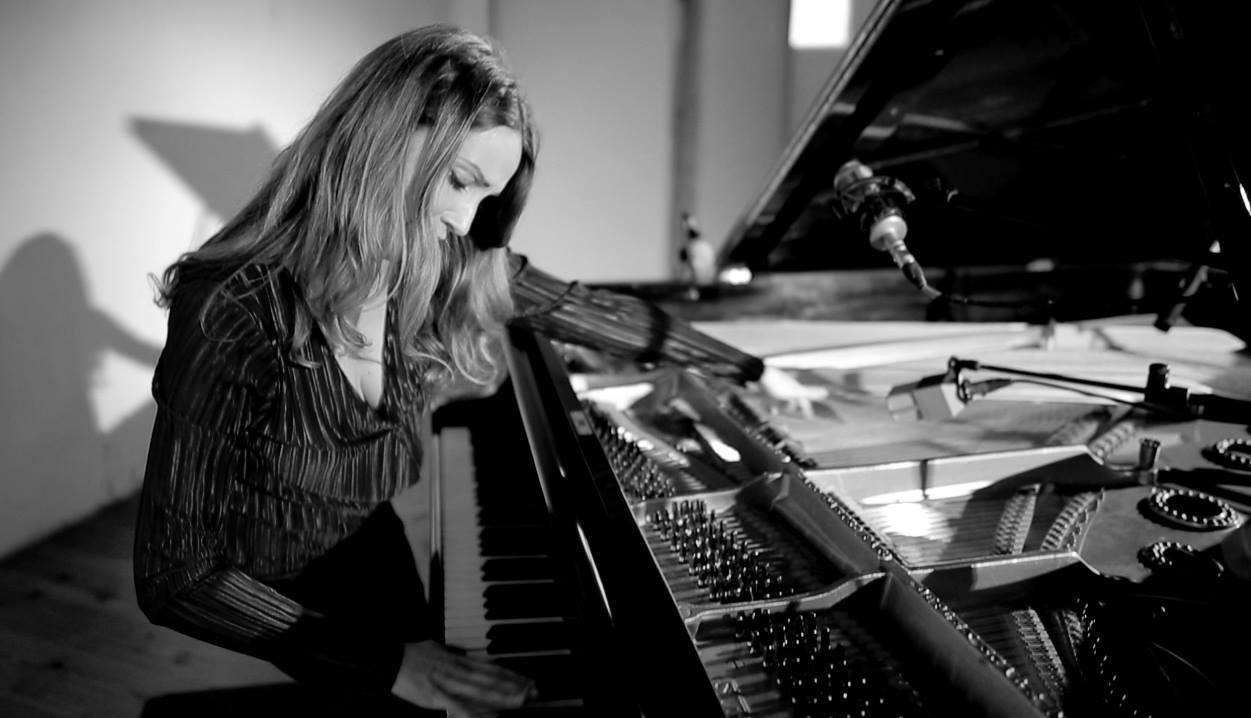 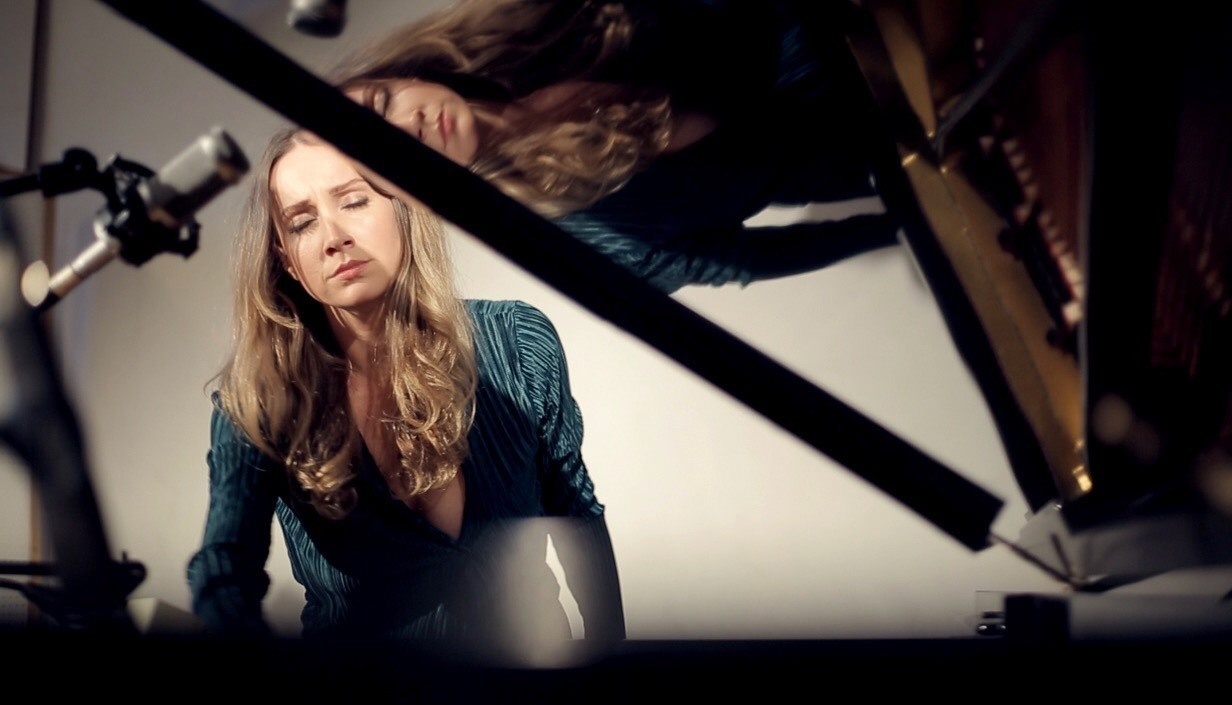 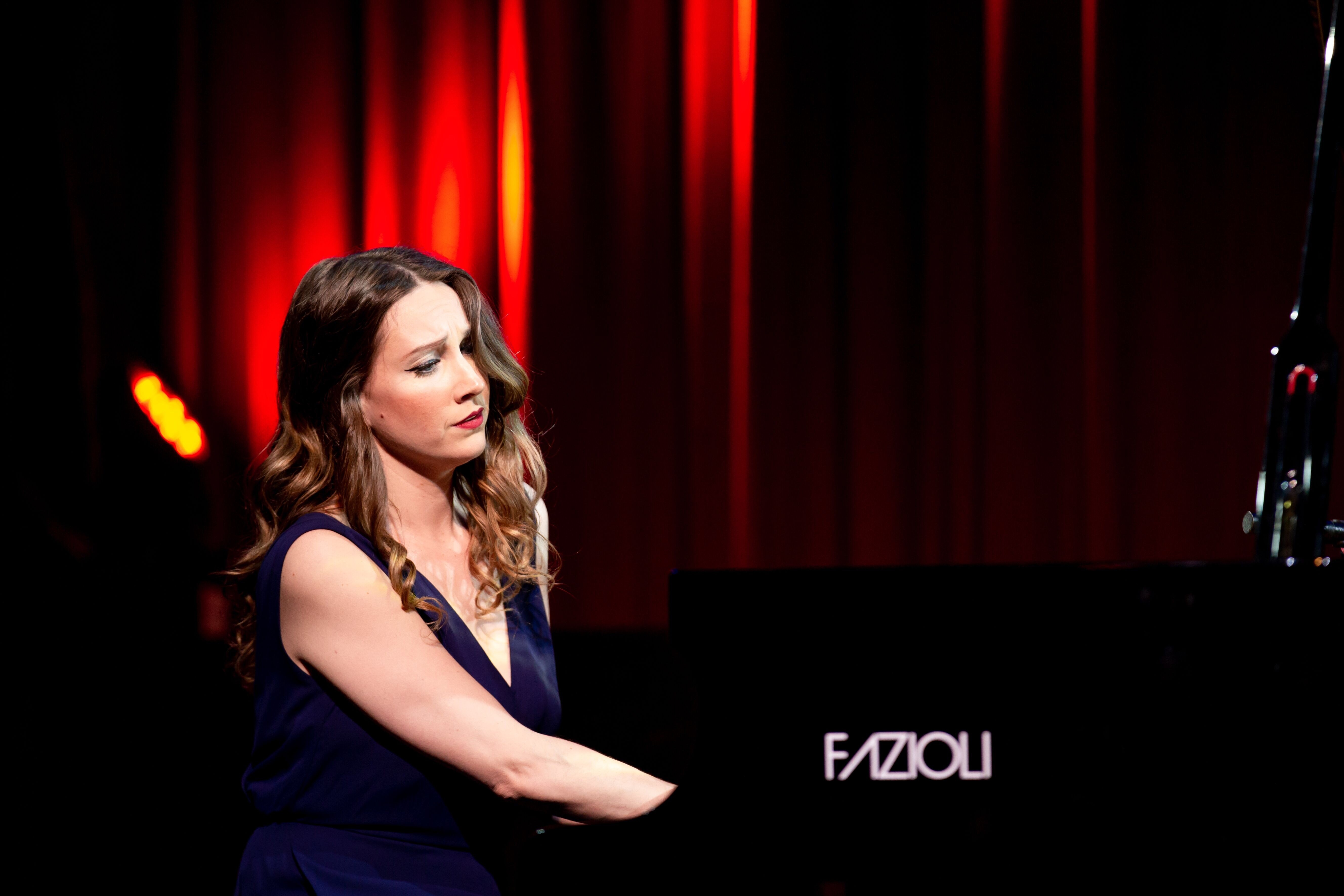 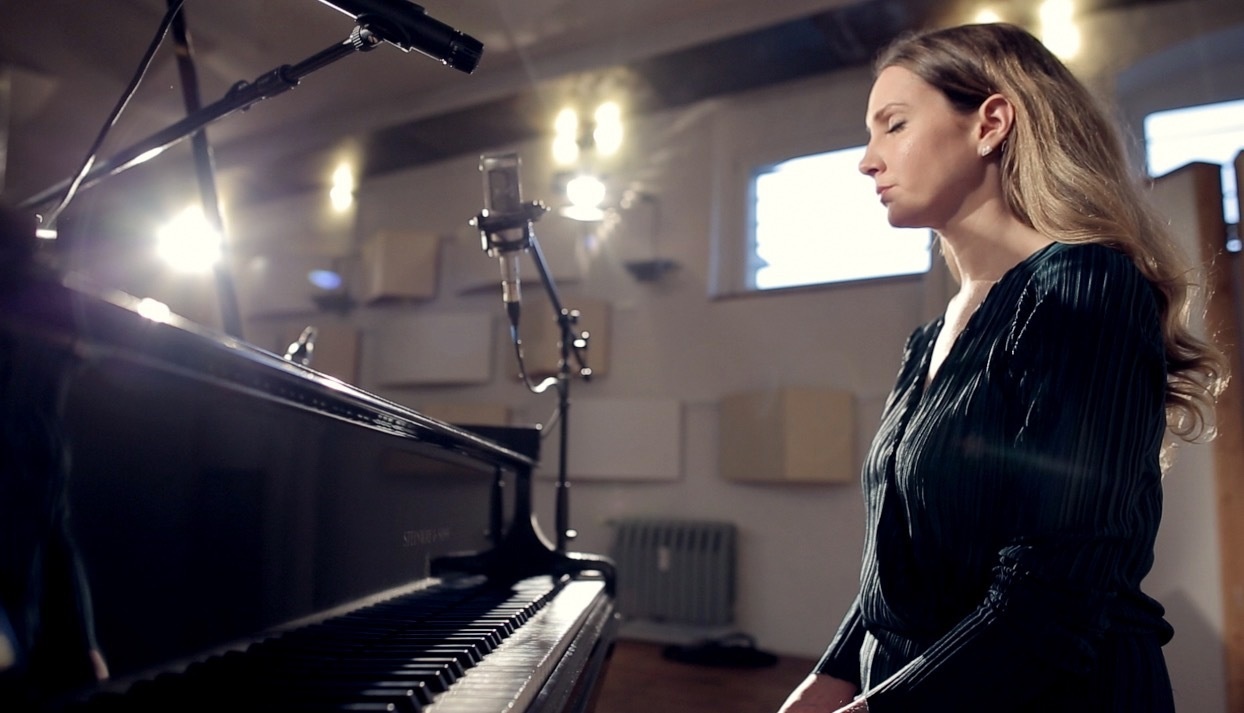 George Crumb: Apparition VI. The night in silence under many a star