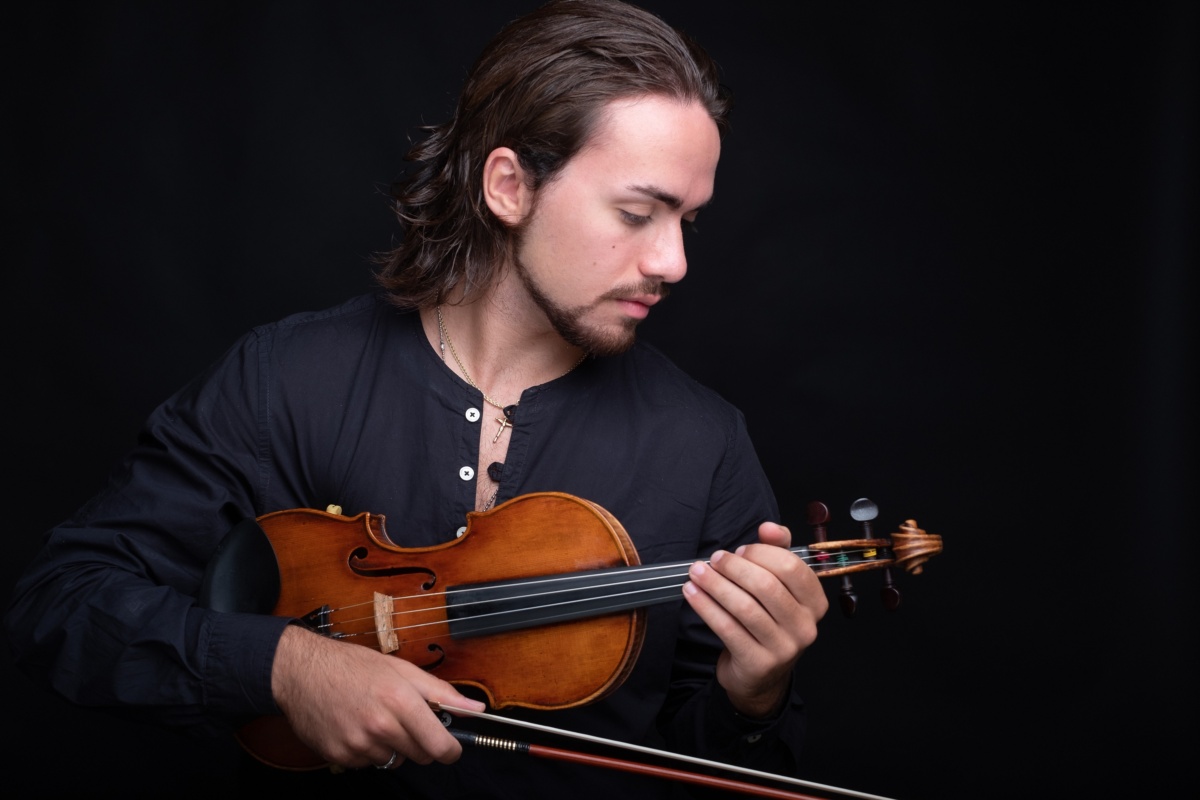 Giuseppe Gibboni is one of the most extraordinary talents I have ever met. He has perfect intonation, an amazing technique in all its aspects, a very fascinating sound and a sincere musicality. I'm sure he will have all the success he deserves. Salvatore Accardo

With flawless technique and compelling expressiveness, Giuseppe Gibboni won over the jury and audience of the Paganini Violin Competition in Genoa in October 2021. The violinist, born in 2001, was the first Italian in 24 years to win the overall prize, as well as the audience choice prize and special prize for the best interpretations of Niccolò Paganini's Capriccios and Violin Concerto. Subsequently, the now 21-year-old musician has begun an extensive concert career. He made his debut with Tchaikovsky's Violin Concerto with the Orchestra dell'Accademia Nazionale di Santa Cecilia under the direction of Lorenzo Viotti. Shortly thereafter, he played with guitarist Carlotta Dalia at the invitation of Italian President Sergio Mattarella at the Quirinal Palace in Rome; the concert was broadcast live on Italian radio.

Giuseppe Gibboni had already attracted attention with a series of competition successes. He became known to a large television audience in 2016 through his success in the Prodigi – La musica è vita competition broadcast by RAI 1 in collaboration with UNICEF. In the same year he won the first prize and a special prize at the Andrea Postacchini Violin Competition, followed by successes at the Leonid Kogan International Competition in Brussels (2017), the George Enescu International Competition in Bucharest (2018) and the Valsesia Musica Competition (2020).

The son of a family of musicians, Giuseppe Gibboni was first taught by his father Daniele Gibboni before attending the Salerno Conservatory “Martucci”. At the age of 14, he was admitted to the Stauffer Academy in Cremona, where he received lessons from Salvatore Accardo. He also successfully graduated with a Diploma of Honor from the Accademia Chigiana in Siena. After a five-year advanced course at the Accademia Perosi in Biella with Pavel Berman, he now studies at the Mozarteum University in Salzburg as a student of Pierre Amoyal.

Giuseppe Gibboni recorded his debut CD at the age of 15 for the Warner Classics label. Since 2017, he has been sponsored by the New York SI-YO Foundation. He plays on a 1752 Tommaso Balestrieri violin on loan from the collector Stefano Arancio. As winner of the Paganini Competition, he also had the opportunity to perform on the "Cannone", Niccolò Paganini's favourite instrument built by Guarneri del Gesù in 1743, in the current season.

For Violin and Piano

For Violin and Guitar

“An extraordinary talent, Gibboni manages to astonish with each of his performances. Solid technique, impeccable intonation even on an instrument as unfamiliar to him as the Cannone, which he took up for the first time in these days, the young artist does not 'only' have the qualities of a great virtuoso: he also has a first-rate interpretative intelligence, a full cantabile and is capable of multiple dynamic nuances.“

"He appeared on the Santa Cecilia stage as a semi-unknown young man from whom seeped purity and modesty, the same elements he managed to transfer into Tchaikovsky's Concerto for Violin and Orchestra, which the musician interpreted with great passion. While also demonstrating immense technical skill, this was nevertheless secondary to his talent for letting strong emotions flow through the space." 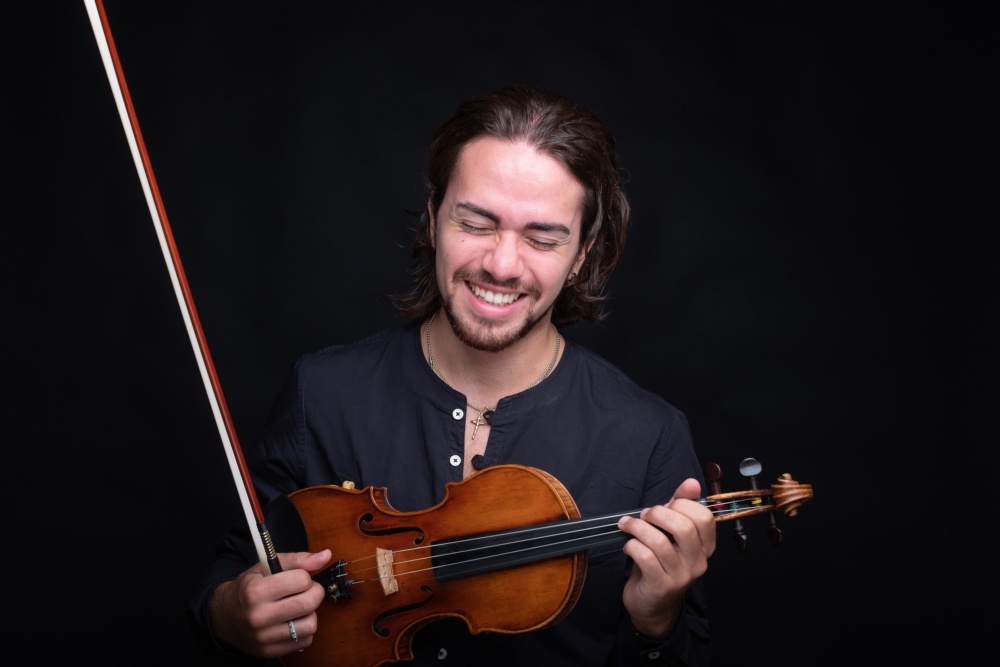 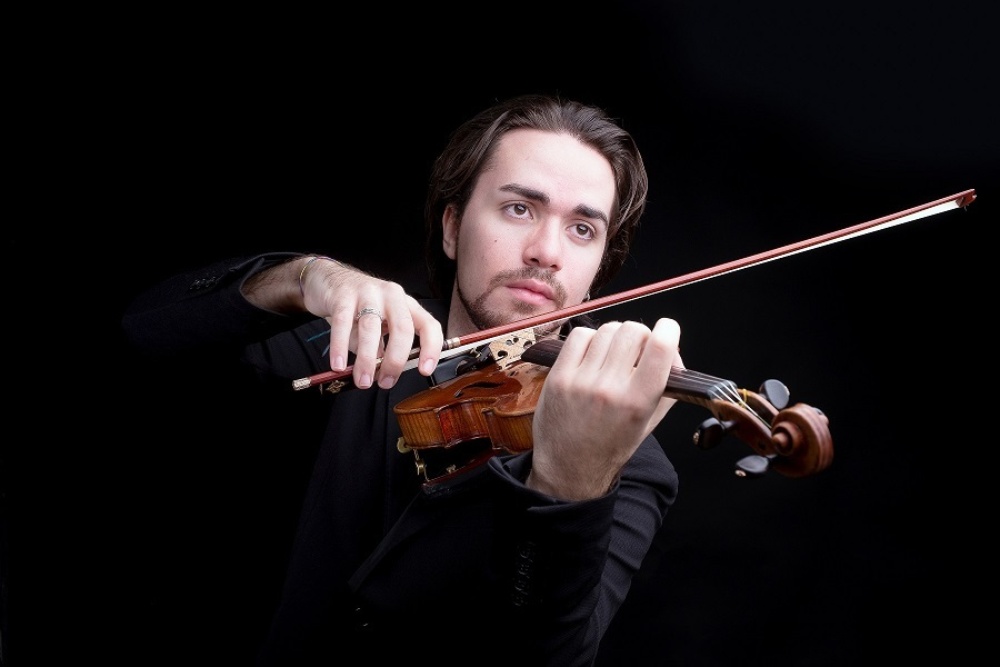 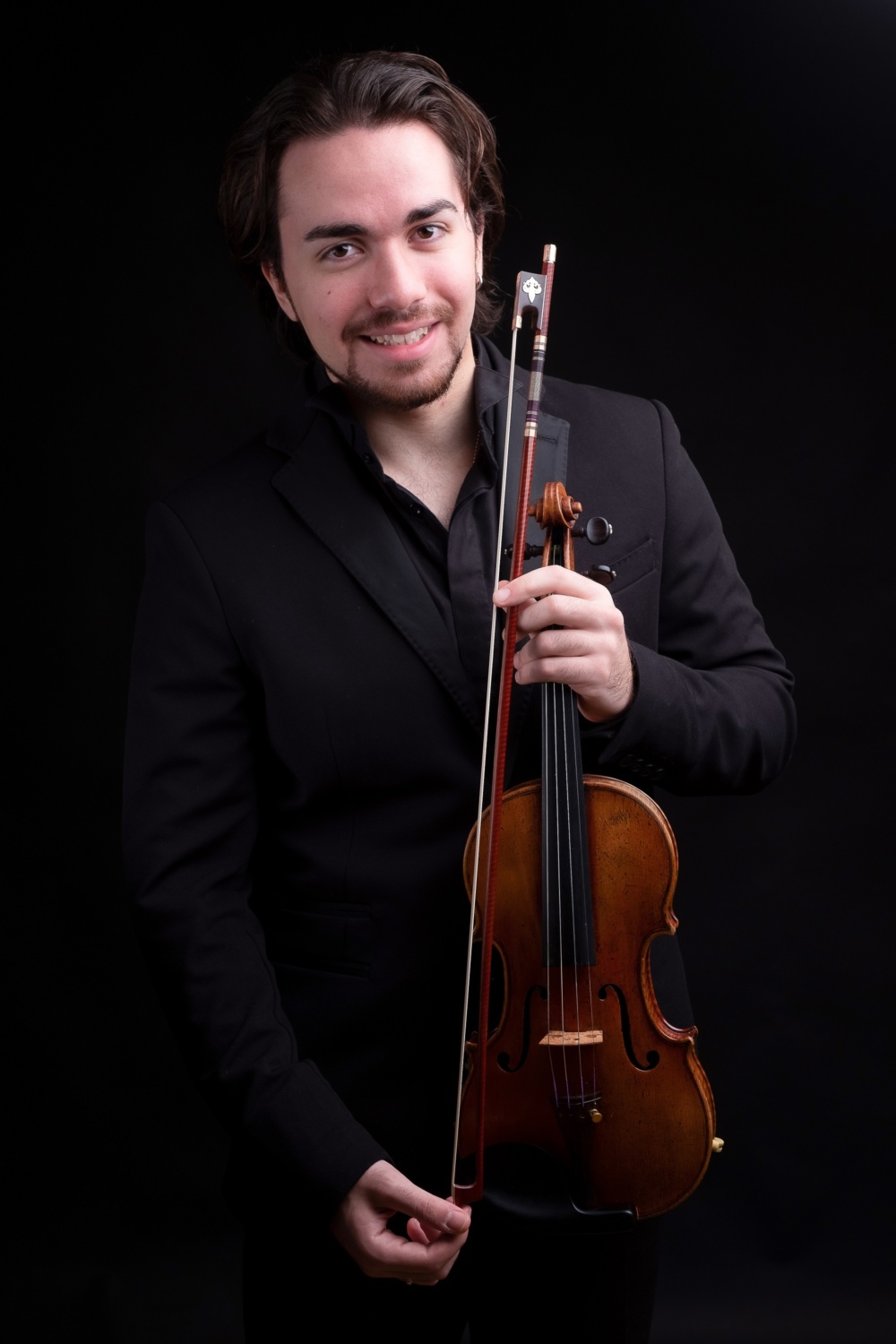 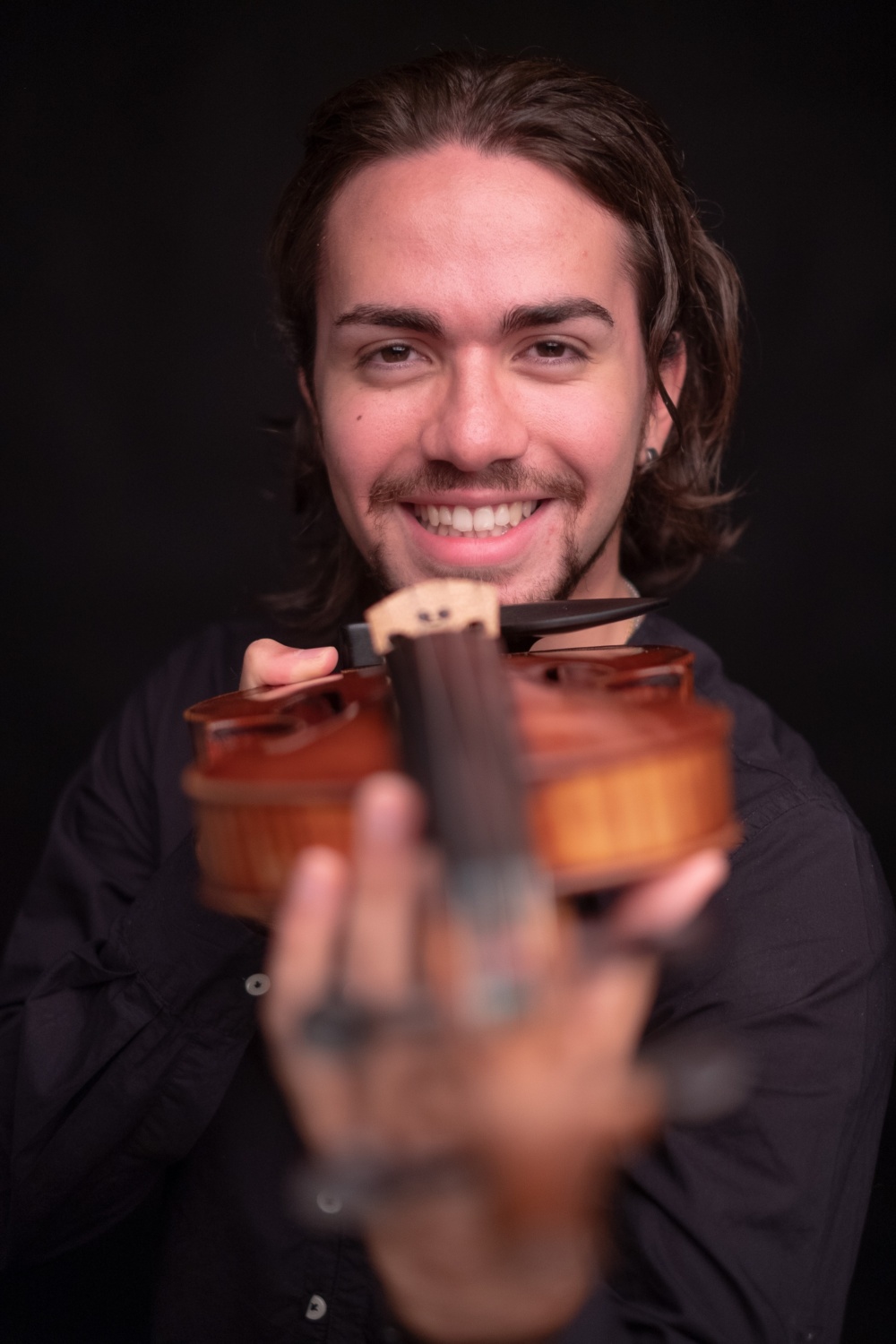 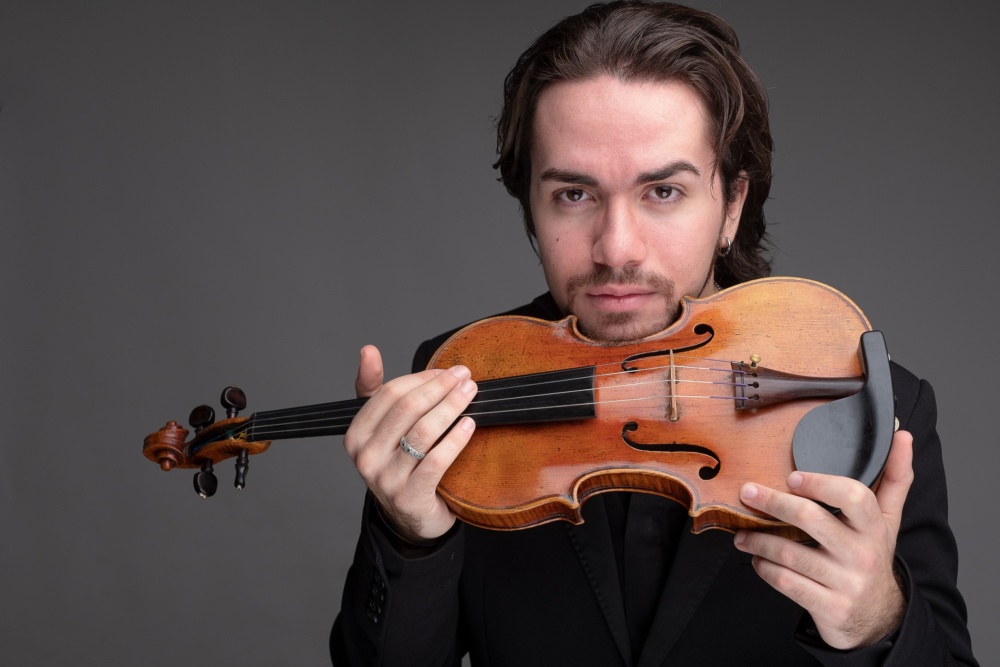 Finale of the 56th Paganini Competition on 24 October 2021 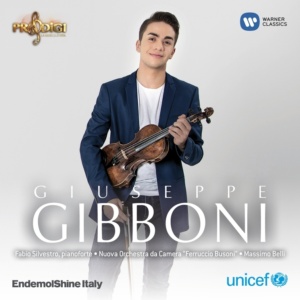