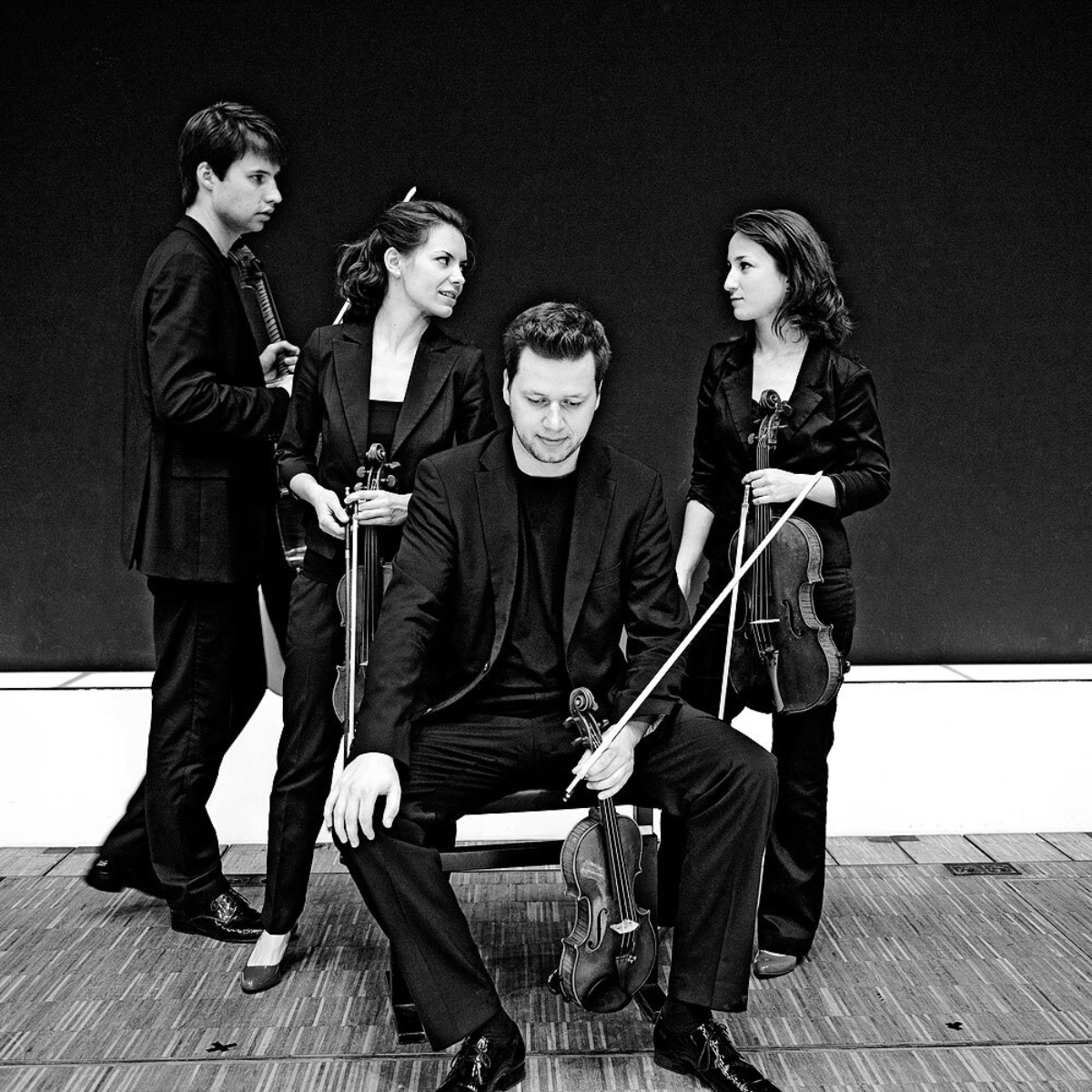 We look forward to our collaboration with the Armida Quartet!

Jazz, Songs and Arrangements from Björk and Manfred Krug

Johann Sebastian Bach, The Art of Fugue for string quartet

A triumph, both technically and musically. BBC Music Magazine, March 2021

Winning the ARD International Competition in 2012 (also sweeping all other prizes including the audience prize) propelled the Armida Quartet on to the international concert platform. After concerts and radio recordings as BBC New Generation Artists (2014-16) and subsequently as ECHO Rising Stars (2016/17), the musicians have established themselves as regular guests in the best-known chamber music halls in Europe, Asia, and the USA. In addition to regular appearances at European festivals such as the Festspiele Mecklenburg-Vorpommern and the Rheingau Musik Festival, the quartet has enjoyed great success at the Concertgebouw Amsterdam, the Berlin Philharmonie, and London's Wigmore Hall, among others.

Acclaimed for their musical unity, which is evident in their fine-tuned sound and timing as well as their shared breaths, the musicians also emphasise their commitment to quartet playing with their choice of ensemble name: Armida refers to an opera by the composer Joseph Haydn, who is considered the "father of the string quartet". They studied with former members of the Artemis Quartet and with Rainer Schmidt (Hagen Quartet); they owe further important impulses to Reinhard Goebel, Alfred Brendel, Marek Janowski, and Tabea Zimmermann.

Highlights of the 2021/22 season include the world premiere of Brett Dean's Madame ma bonne soeur for quartet and mezzo-soprano with singer Lotte Betts-Dean at the Festspielherbst Mecklenburg-Vorpommern. As this year's artistic director, the Armida Quartet will also be involved in other concerts during the festival season there, including collaborations with Kit Armstrong, Benjamin Appl, Pauline Sachse, Eckart Runge, Brett Dean, and Johannes Fischer. The ensemble will also perform at the Schubertiade Hohenems and the Thüringer Bachwochen, as well as at the Alte Oper Frankfurt, Queens Hall Edinburgh.

The Armida Quartet places a special focus on the works of Wolfgang Amadeus Mozart. The recently released third album of the on-going complete recordings of his string quartets for CAvi Records was praised as "musically ravishing and sonically (...) exemplary", and described as ground-breaking for Mozart interpretation in the 21st century (Klassik Heute 1/2021). The ensemble pursues its passion for Mozart, among other things, in its own concert series "Mozart Exploded," in which each of the composer's string quartets are combined with masterpieces of contemporary music and occasionally presented in experimental concert formats in Berlin. The series has already been enthusiastically received in New York as well. In addition, the young musicians have cooperated with G. Henle Verlag, for whom they act as musical advisors for the new Urtext edition of the Mozart quartets, including their own fingerings and bowings made available for the associated Henle Library App. In doing so, the quartet is not only at the forefront of the latest technological developments, but also advocates for closer collaboration between performing artists and musicologists.

Whether in its curatorial functions or on stage, collaboration with other artists is a priority for the Armida Quartet. They have a special relationship with the Serbian composer Marko Nikodijević, whose first and second String Quartets they premiered. In the meantime, however, musicians such as Thomas Hampson, Martin Fröst, Tabea Zimmermann, Jörg Widmann, Julian Steckel, Sabine Meyer, and Daniel Müller-Schott have also become regular partners. In addition, the ensemble gives master classes in Germany as well as abroad and is committed to social and educational institutions, including initiatives such as Rhapsody in School and Yehudi Menuhin Live Music Now.

Along with the three albums of Mozart string quartets already released, the quartet's discography also includes their debut CD with works by Béla Bartók, György Ligeti, and György Kurtág (CAvi), released in 2013, which was included in the German Record Prize's Best List. A recording with works by Beethoven and Shostakovich was also released by CAvi in 2016, followed in 2017 by Fuga Magna with works by Scarlatti, Bach, Goldberg, Mozart, and Beethoven. The quartet has also participated in various compilations of contemporary works by Samy Moussa, Ursula Mamlok, Birke J. Bertelsmeier, and Milica Djordjević, among others.

"The latest instalment in the Armida’s ongoing Mozart quartet series is a triumph, both musically and technically. Encapsulating the best of all worlds, the Armida play with the exquisite nuancing of the finest oldschool outfits, yet with a take-nothing-for-granted interpretative inquisitiveness that takes historically informed practice to a whole new level.

"A musically enchanting technically exemplary interpretation of six Mozart quartets from different creative periods. Exactly how Mozart should sound in the 21st Century!"

"Never before has the subtlety of Mozart’s tonal language struck me in this way; never before have I had such a colourful and surprisingly nuanced encounter with Mozart’s Quartettsatz. Everything is interpreted by this quartet so freshly and with such a natural effortlessness in this nimble, pithy, focussed rendition which thrills throughout that it almost seems as though Johanna Staemmler and Martin Funda (Violins), Teresa Schwamm (Viola) and Peter Philipp Staemmler (Violoncello) were weaned on Mozart.
Mozart interpretation and quartet playing at its finest hour."

"Throughout the programme, the Armida performed with the excellent reputation that precedes them with an interpretation close to perfection and with a contrasted reading from start to finish - their pianissimi takes ones breath away."

And what a climactic performance this Beethoven is; hardly tamed in its rawness, its barely tonal confusion of voices carrying a slender, Classical beauty of thought which has the effect of linking it right back to everything that has gone before. It´s wonderful stuff. Truly one to both savour and admire.“ 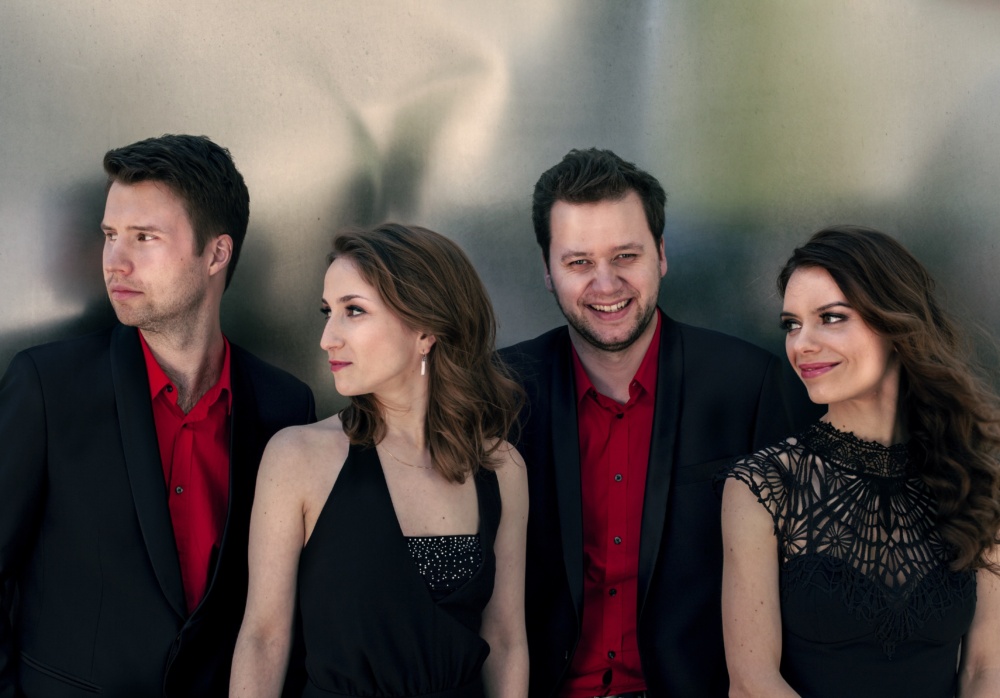 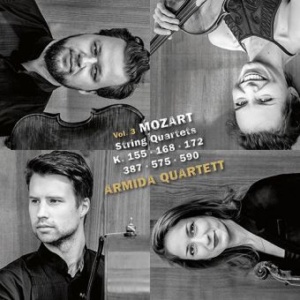 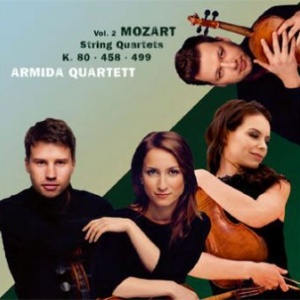 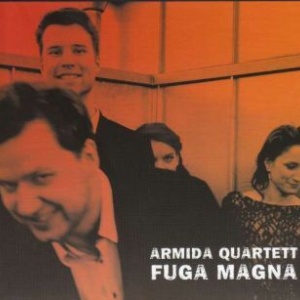 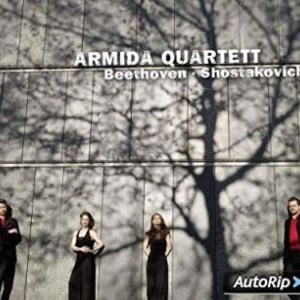 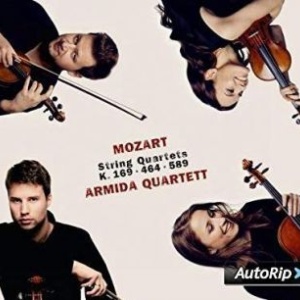 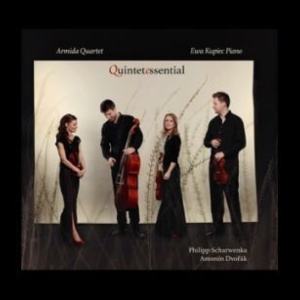 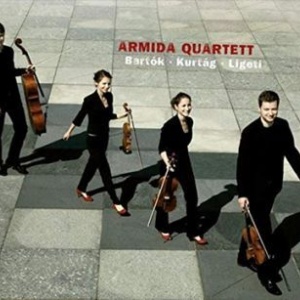 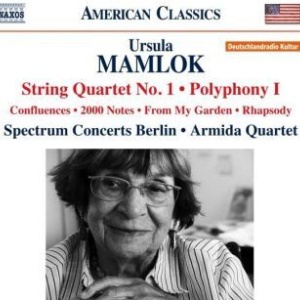 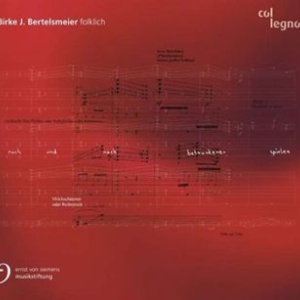 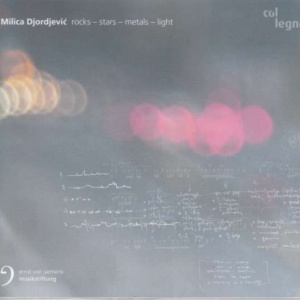 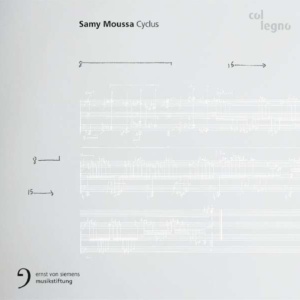